The only thing that can save you from this madman is...your ability to press buttons in a specific sequence quickly.
by katlaborde

It's that time of the year again. That's right - it's almost time for Halloween! Well, it's a little over a month away, but the stores have already started putting out the candy and costumes, so why not? And what goes best with Halloween? Why, scary indie games, of course!

With the recent announcement that Microsoft is ending their Xbox Live Indie Games service, I figured now would be a good time to take a look at some scary indie titles from the service. Of course, we have two more years until they suspend the service completely, but why wait when there are so many indie horrors to be discovered?

From acclaimed master of horror, Claudio Battiato, comes a frightening, FMV title that will have you checking over your shoulder after completing every QTE sequence. I know you're asking yourself: who is Claudio Battiato and why have I never heard of this horror master?

Well...don't worry yourself too much, because neither have I! But unlike Kojima, he did get his name on the "box art", so he must be important. 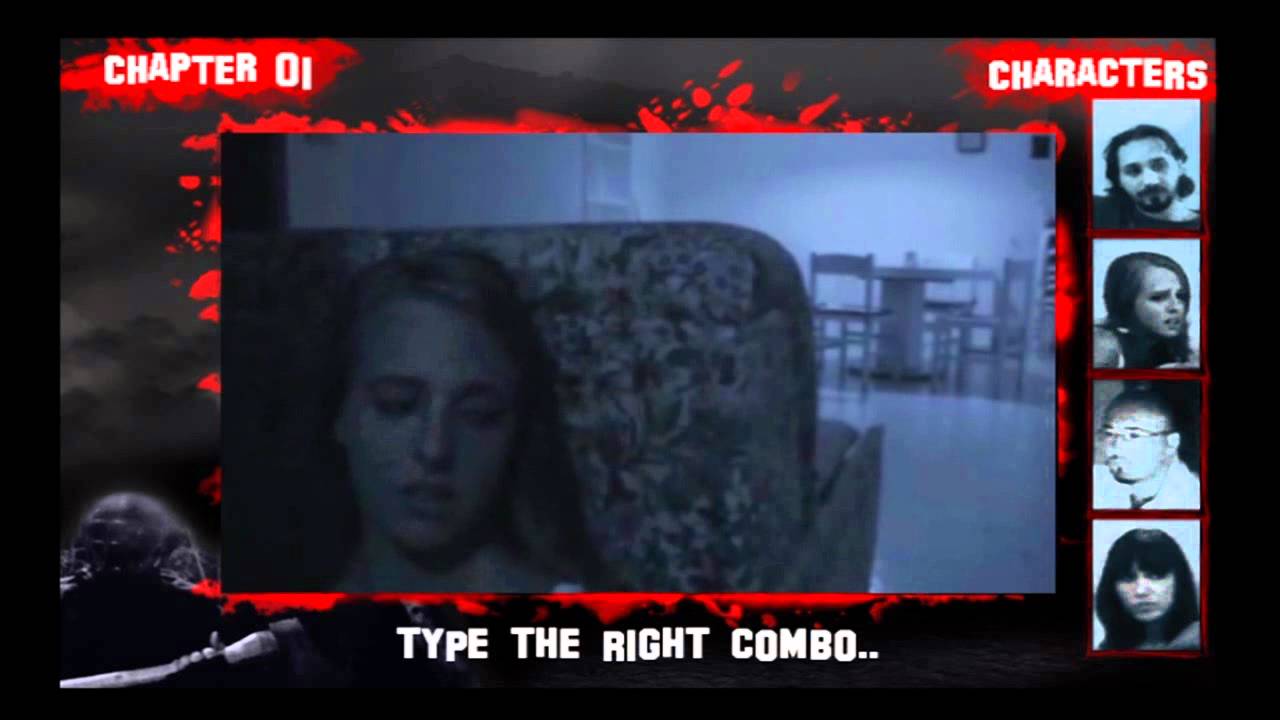 The masterful cinematogrophy of Claudio Battiato is blurry on purpose. Don't question the master!

So what kind of horror-filled tale has Claudio Battiato woven for us? The prologue, also serving as a game tutorial, features a young woman attempting to escape from an axe-wielding madman who just murdered her friends. With the help of your button presses, she manages to escape and drives away unscathed.

One year later, the girl and her boyfriend are having a small get-together with two other friends. I would tell you more plot specifics, but the sound is incredibly hard to hear - almost as if they filmed without a microphone. I seriously could not understand what anyone was saying the entire time. But that just goes to show you the quality of Battiato's work. His lack of microphone and blurry cinematogrophy is just an aspect of his guerrilla filmmaking style. 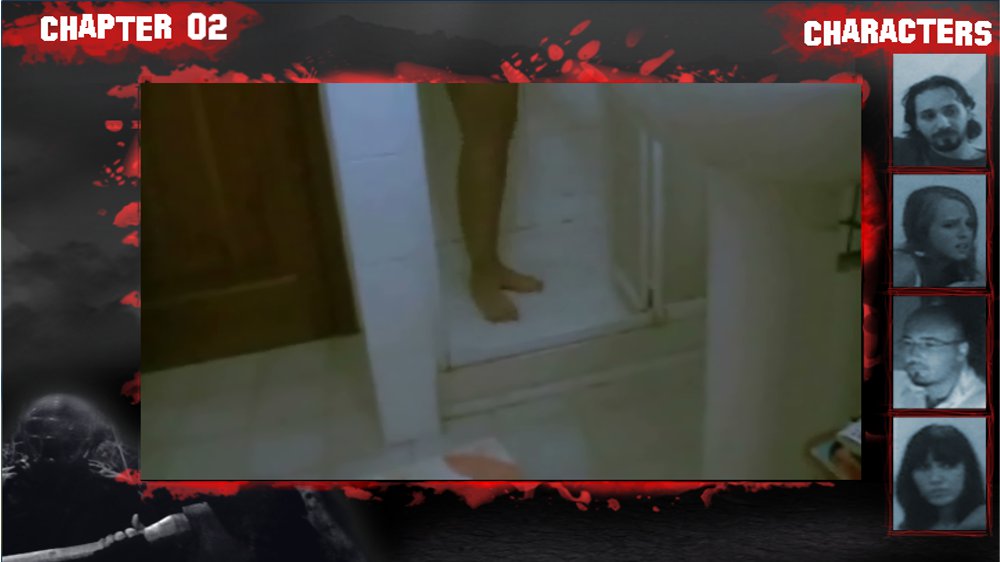 After the all-important shower scene by the main character (masterful character development), the crazy, axe-wielding mad man begins to stalk the friends in their home. The rest of the plot plays out like a traditional horror movie, except that you can't really see or hear anything that is going on. But not in that creepy, atmospheric building way, more like the filmmakers were cheapskates.

It's an interactive FMV title, and if you know FMV games already, you know there isn't much interaction. The gameplay aspect of this title is simply mashing buttons through QTE sequences. The sequences vary - only slightly though. Sometimes you have to tap 3 buttons and then sometimes 5. And you thought Rocksteady's Batman series had great gameplay variety! 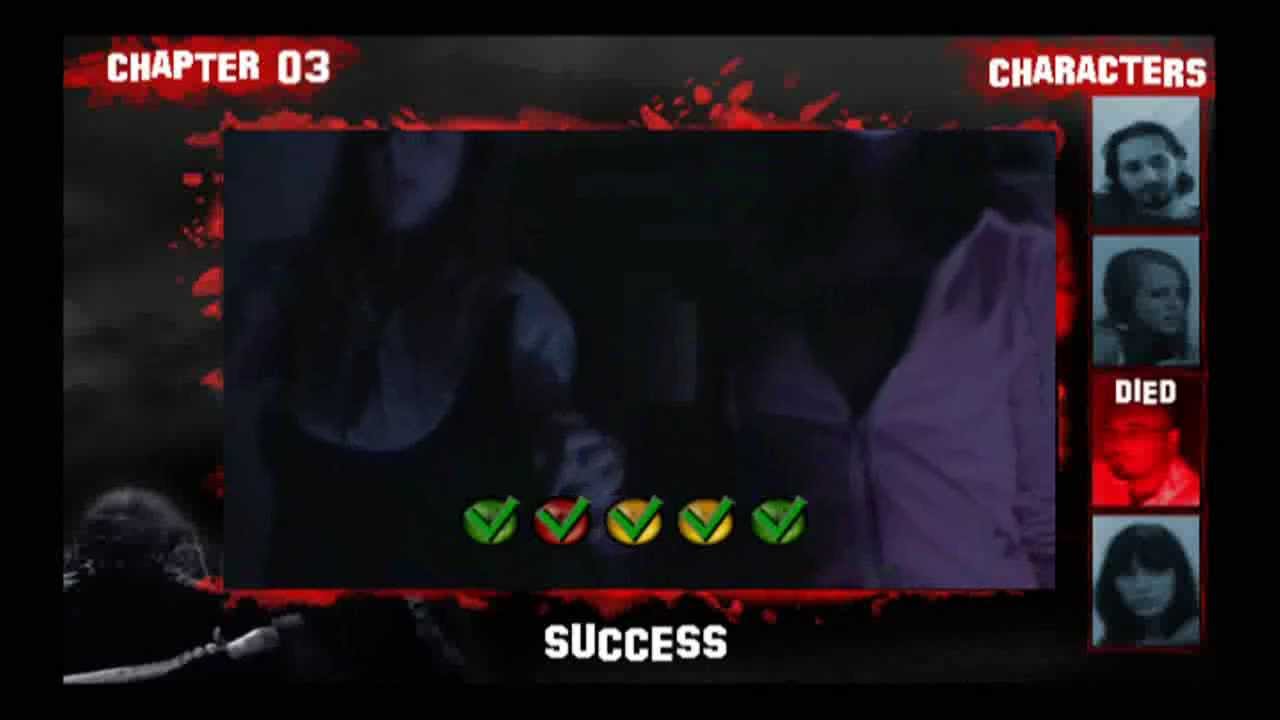 You can't really controls who dies either. If you fail a QTE, you will just have to replay the scene again until you get it right. I guess I shouldn't be expecting Until Dawn consequences for failure for an indie game, but what's the point of having the character's faces plastered to the right of the screen? If I can't really do anything about their deaths, then why make it seem like I can? Because the master of horror is really the one in control?

Snarky aside, I do enjoy the kitschy appeal of FMV games. Unfortunately, I can't enjoy Bloody Death due to its poor audio and visuals. I can forgive the half-assed placement of the QTE sequences into a crappy B-movie, but the inability to hear what's going on is incredibly frustrating.

On the plus side, the game is only like a $1.00. If you're bored one night and browsing through indie titles (yes, this a typical Friday night for me), then it might be best to skip this one. I know it might be hard for you FMV lovers like me, but trust me, this one is difficult to enjoy.