Don't let your appearance hinder your choice in cosplay. Dress as whom you want, and draw inspiration from these two Mad Max Cosplayers.
by Andrea Koenig

Coming up with a cool cosplay for yourself can be incredibly difficult. Many people find themselves unable to find a character that they can represent because they belief that they are limited due to their gender, age, race, or some physical attribute like weight or a disability.

However, two Mad Max: Fury Road cosplayers Laura Vaughn and Ben Carpenter are proving that there are no limits.

Laura Vaughn is considered the most real Furiosa cosplayers on convention floors. She, like the Mad Max character, sports a fetal amputee arm disability, born with a missing limb.

She's also a cosplayer with a customized prosthetic of Furiosa's bionic arm.

The arm was created by Michelle Sleeper of Overworld Designs. Sleeper was taken with Vaughn's love of action films and Mad Max: Fury Road, and quickly turned her much anticipated project, a Terminator Endo Arm, into a Furiosa bionic arm instead. Vaughn's arm was plaster-casted and 3D scanned via Xbox Kinect. Then, it was 3D printed in order to cut down on weight for its user. Sleeper posted the entire process online and delivered the prosthetic in time for DragonCon.

Earlier this summer, Vaughn spoke with writer Kyle Hill of Nerdist Podcast about her Furiosa cosplay. Her admiration for the Mad Max character played a key-note in this cosplay decision; she told him:

"I just get Furiosa, and I feel like she gets me."

She also called Furiosa "a triumph" for the portrayal of amputees. She personally runs a Tumblr page dedicated to advocating for positive portrayals of people with disabilities in entertainment media. There, she states:

"Facebook started talking about how amazing [Mad Max: Fury Road] was and I just couldn’t put it off any longer. So that’s how I ended up in a theater last night, completely by myself – not another soul in the room, sobbing my eyes out.

Because you guys. I am turning 30 years old next week. I’ve been a fan of action film my entire life. And I have NEVER seen a physically disabled, kickass, female lead character in a Hollywood movie EVER – not once, until yesterday [May 21, 2015]."

Laura Vaughn found herself connecting with an amputee character; it gives proof that cosplay is truly limitless if you put your appearance aside and just have fun with it. 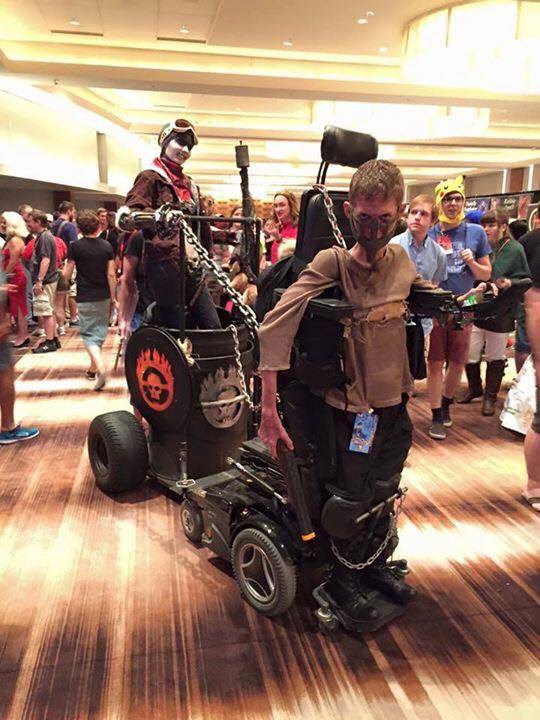 Ben Carpenter is a 20-year-old engineering student at the University of Central Florida. He was born with spinal muscular atrophy and he built a war rig from his wheelchair for his wheelchair.

His rig is inspired by all things Mad Max: Fury Road. Fans of the film may recognize it from the beginning of the film as Max serves as a blood bag for his Warboy, friend Amy Brumfield.

The whole piece comes complete with choice of either chariot or buggy (which he also created), and was completed in time to début at Tampa Bay ComicCon.

Based on notes from his Instagram, he moved his wheelchair to standing position and attached the rest of the rig. His control joystick mounted to the seatback to move. It seems finding his Warboy might have been the most difficult part.

Ben Carpenter posted photos of the completed work and gave thanks for his internet-wide support over Reddit, making the front page. At one user's question, he responds:

This one only took a couple of weeks because we already had the mounting plate built for our full car rig, and the rolling platform we built for fun about a year ago. All we really had to do was modify the barrel and attach everything to the chair!

He plans on tricking his rig out even more in the future, potentially as a guitar guy cosplay, also from Fury Road, as his next project.

Until then, he shall ride eternal, shiny and chrome. 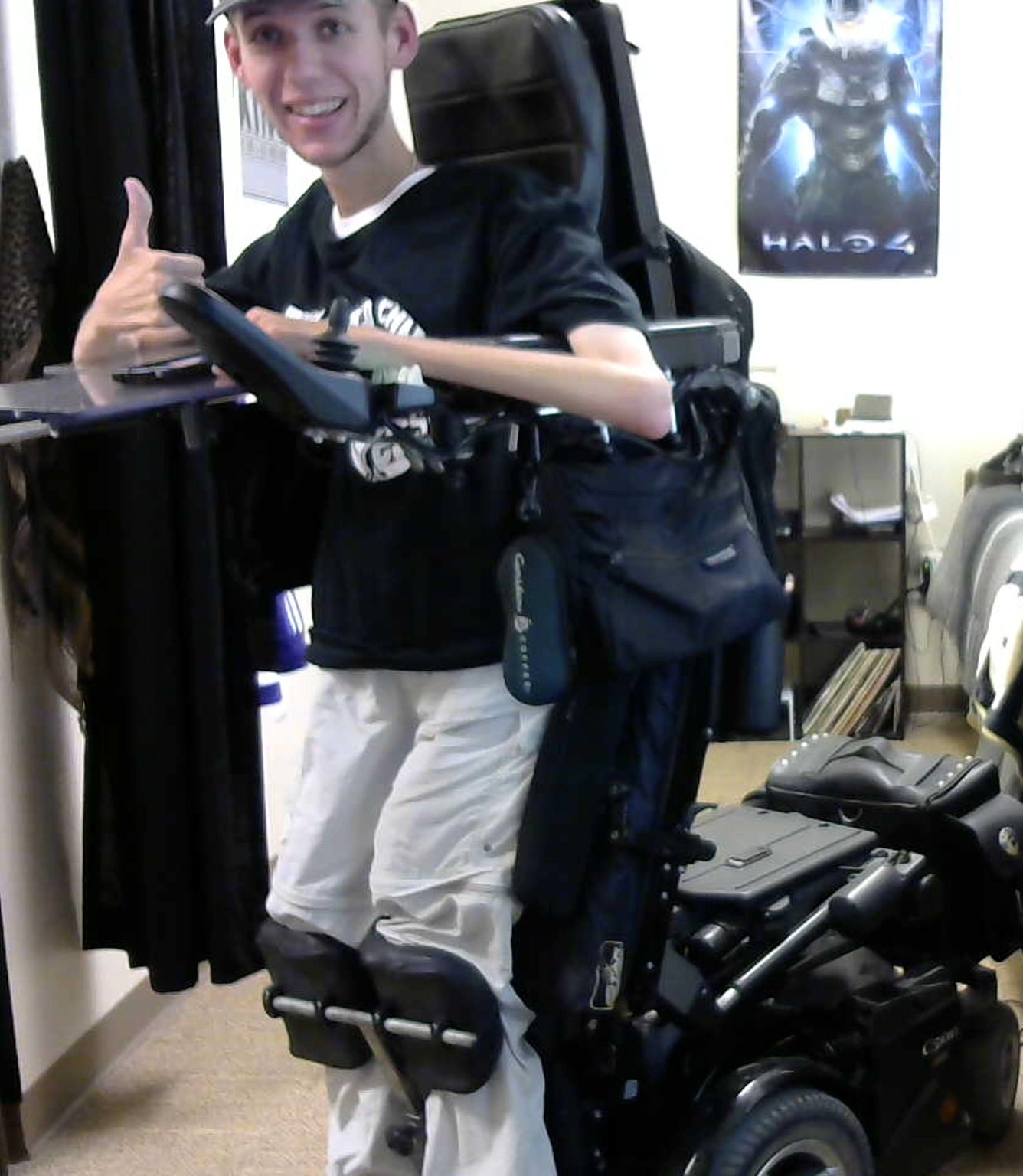 These two aren't the only ones that find no limits in cosplay, but in light of recent popularity of the film and the release of the Mad Max video game, they seemed to exemplify it best at this moment.

So, if you're having an issue finding a character to cosplay because your appearance doesn't match up completely, put that aside. Cosplay who you want to be, and have fun. Make cool additions. Be creative.

Don't let your appearance hinder having fun. Cosplay is limitless.