Pokémon GO or Pokémon STOP: How to Act with Pokémon GO

When playing Pokémon GO , you need to learn when you need to Pokémon STOP!
by Angelina Bonilla

To say that Pokémon GO is a hit would be an understatement, a massive understatement. The game’s just been released in 26 other countries, it’s becoming a worldwide phenomenon again, just like it was in the nineties.

That’s not to say that the game doesn’t have its problems. It has quite a few, in the technological department and within the community with a variety of things. Which means it's best to go over these problems and try to figure out what's the cause and how we can fix it, or how to improve the community as a whole.

Be aware of your surroundings: The Dangerous Edition

Image Credited to Next Shark

What you see pictured above is a picture of a crashed car in New York State, where a young man was playing Pokemon Go on his phone.  He was not paying attention to his surroundings and crashed his car, with the engine being pushed all the way in his passenger seat.  He wanted to catch 'em all so bad that he almost had a fatal accident because he wasn't paying attention.

He's not the only one not paying attention where he is going, however.

People have been arrested for hopping the fence of the Toledo Zoo and into the Tiger exhibit in order to catch some Pokémon. Not once thinking to not go into a Tiger Exhibit  in order to catch a Pokémon.  Several players have wandered into bad neighborhoods where they were shot at in Orlando, Florida. 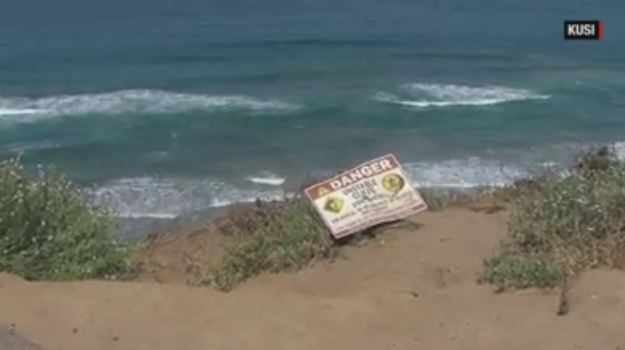 Then two Pokemon Go players didn't look where they were going in California and fell off a cliff.  According to the news reports released on it, the two men in their twenties fell an estimated 50-90 to feet and suffered moderate injuries as a result. Both were looking down at their phones when they went over the cliff onto the beach below.

Not only that, but I've heard from various sources who have requested to stay anonymous the following:

"People have also been wandering around secure facilities with their phones out taking pictures to catch Pokemon, to the point where it can become a security risk for the companies they work for."

These are only a few examples. Even with the very blatant warning on the loading screen of Pokémon GO, telling players to look where they're going, it hasn't stopped this number of incidents from happening. It certainly doesn't help matters that these stops were pre-determined years ago, and there should really be a reporting system for stops that are dangerous -- in addition to people being more aware of their surroundings while they play.

Niantic did not anticipate people who live in small towns having problems with this. 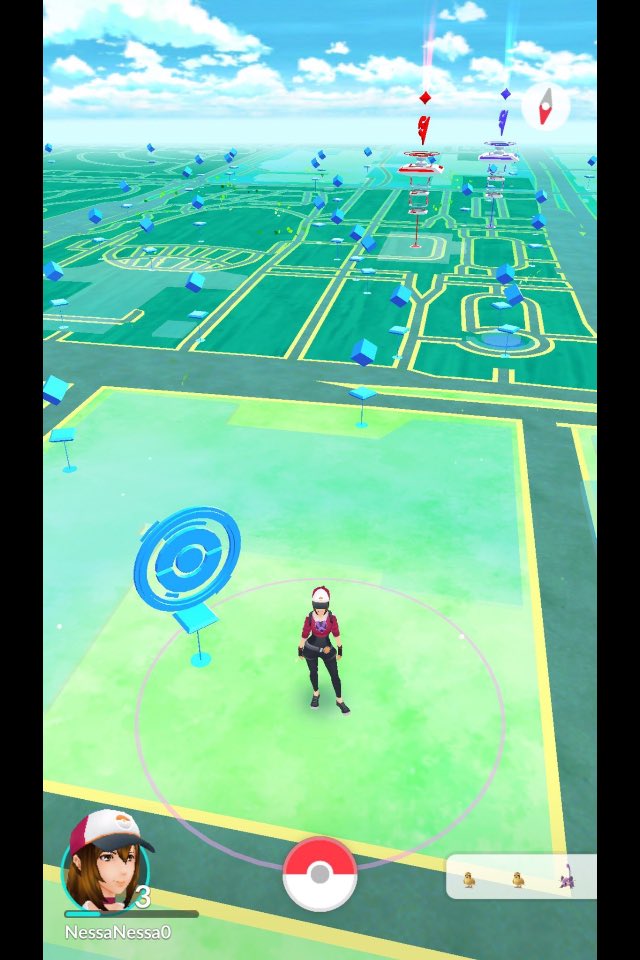 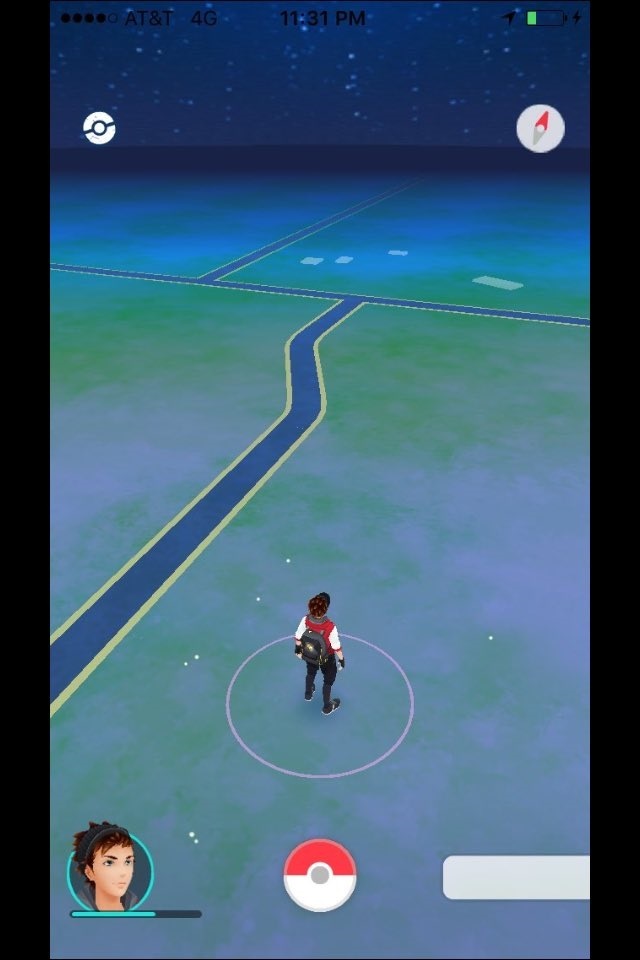 City vs the Country

In addition to all the crashes and bugs , Pokémon GO is the sort of game that favors you if you live in a heavy metropolitan area. Just like Ingress, the game's spiritual predecessor, it requires you to get up and move around.

The problem is that if you don't live near a city, you need to drive out of your way to go run around on your Pokémon journey -- which is a little silly if you think about it, since the show portrayed Pokémon out in the forests or at the beach. But with how the game is set up,  the environments you can actually catch them in are far more limited.

It'd help if Niantic allowed people to change some of the Pokestops, adding more so people that are farther out can actually play.  It'd especially cut down on a lot of the incidents that have been happening involving trespassing.

Be aware of your surroundings: Respectful Edition 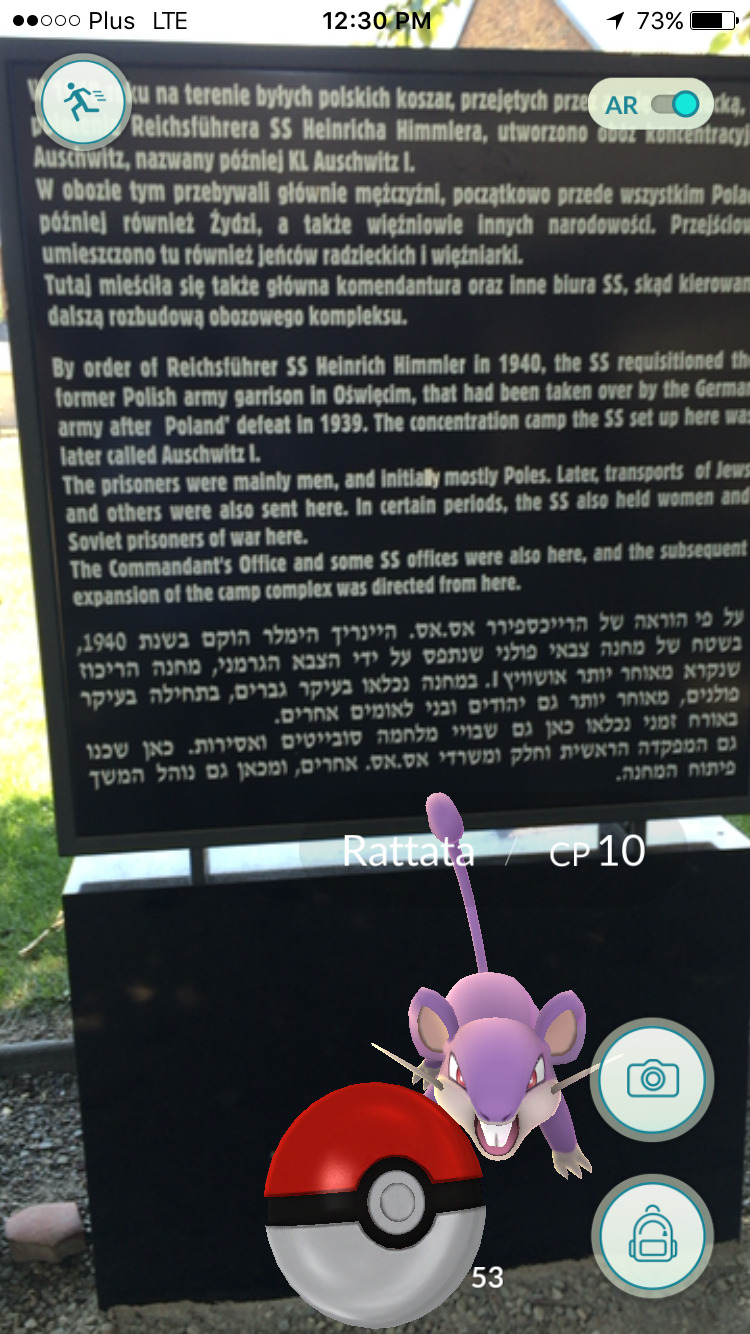 Pokémon can be anywhere in this great big world of ours and it's understandable that people would want to use every outlet they have in order to catch them. However, they should be aware of their surroundings, because not only do they have the chance of putting themselves in danger or wandering onto people's private property and getting arrested for doing so, you also have the chance of potentially trying to catch a Pokémon in a disrespectful place, like Auschwitz.

For those who aren't familiar, Auschwitz is the WW2-era concentration camp in that extinguished human lives during the Holocaust. Multiple news sites are reporting on the fact that Auschwitz has been asking visitors not to catch Pokemon within the memorial site.

There was already a similar incident where people were doing the exact same thing at the Holocaust Museum in Washington -- a place not only trying to memorialize the dead but where people actually died because of crimes against humanity.

With that in mind, it shows how unaware people are when they wander into places thinking that it's okay to be completely absorbed in an app on their phone rather than the world around them.

The Tribalism of the Teams Team sports can be a good thing, it can instill a sense of healthy competition in players and give them playful rivalries. It can be a very respectful despite the competitive nature of the teams themselves. Here's where our problems lie because, while there is a difference in citing the differences in your Pokémon Teams playfully. Then there's stating your team pride like this, willing to vandalize a place all to declare areas part of your territory. The teams have been creating a divide among the player base to the point where they can be downright vindictive to one another and the people around them. People become divided and instead of having fun, it becomes a regular Horde vs Alliance mentality with one side being automatically better than the other in the eyes of the players. We are all here to play Pokémon GO , why does it need to be some sort of warzone?

It's fine to playfully rib one another about what team you're on, but to start all out wars and battles makes you no better than the enemy teams you fight in the main series games.

There is more to be said about the ills of Pokémon GO, but there's also a lot more good to be said as well. Pokémon GO has brought the gaming community together in a way it hasn't been in a long time. You'll see countless stories online about how Pokémon GO can benefit small business, how it's been helping people with anxiety or those with PTSD talk to people in large groups, or how it's had people outside of the series give Pokemon a shot, actually creating this Pokémon world the series was talking about.

Yes, there are a lot of bad aspects of the game that I've listed, but it's also a warmth that's bringing the gaming community together. It's infectious and it's actually getting us to put aside our differences for once and go out to play Pokémon just like we are a bunch of kids. With the bad, there is always the good. And Pokémon GO, is the sort of game that epitomizes that. It's just a matter of knowing when to Pokémon STOP!