Games that left you with a bad taste in your mouth when they were done.
by Tortuga Fetus 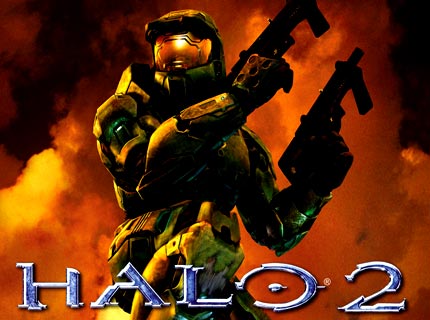 Due to the success of Halo: Combat Evolved, a sequel was inevitable. When development started the team at Bungie decided they wanted to try their hand at online multiplayer. What they wound up with was a project that was too ambitious for them to complete by their shipping date and a lot of features of the game had to be left on the cutting room floor. One of those features was an ending to the single player campaign. Halo was never envisioned as a trilogy and the story was supposed to wrap up at the end of Halo 2, however most gamers were understandably upset when they reached the end and found out that they’d have to wait until Halo 3 to finish the fight.

Everyone knows how The Lion King ends; Simba throws Scar from the top of Pride Rock where he is then devoured by hyenas. Once Scar is thoroughly dead Simba lets out a triumphant roar to show that he’s ready to take the throne and be the titular Lion King. That is exactly how the game ends as well except that Simba’s roar isn’t as triumphant as it is short and weird. He stands there in the rain roars to himself every couple of second. The screen briefly cuts to black before showing Simba standing on the top of Pride Rock with the sun shining at his back. This would be cool except that the shot just keeps going for an awkwardly long time. Finally the world’s worst James Earl Jones impression cuts in with a random quote from the movie. It’s just weird and terrible.

The Legend of Zelda

The very first game in the Legend of Zelda series is one of the most difficult games ever made. After grinding your way through nine different dungeons and finally defeating Ganon all you receive is a message from Zelda. She says “Thanks Link, you’re the hero of Hyrule”, and that’s it. At least when Mario saved Peach he was treated to some cake.

The ending of Mass Effect 3 is one of the most divisive and controversial in all of gaming. After playing through three games and putting in over one hundred hours of gameplay, gamers found themselves having a conversation with an odd Reaper ghost child.  Said child then gave them one of three options for how they want the game to end. Each ending was pretty much exactly the same except for some slight variations. Each ending also sported many plot holes that left hardcore fans of the series feeling frustrated.

After much outcry from fans BioWare released free DLC called the Extended Cut, which covered a few plot holes and gave players a final passionate farewell to their love interests. Some players found the original endings satisfactory and others were satisfied by the Extended Cut, but to this day some people are still unsatisfied with the way the Mass Effect trilogy concluded.