Games in the '90s were great, but we have come a long way since then.
by Glen Schoeman

Recently, I came across an article online claiming that gaming was better in the 1990s.

The first thing that came to mind was a conversation I had with my grandfather when I was about ten. He ranted for around twenty minutes about the fact that young people were spoiled and that he used to walk twenty kilometers to go fishing. “Simpler, better times,” he said. I admit that now that I am in my late twenties, there are times when I look at the youth and fondly remember the old days, but those moments are rarely experienced when I play games.

Before you get worked up and start screaming that good graphics don’t mean a good game, hear me out. When I was young, all I wanted was a Sega Megadrive. I had the NES and a collection of about 20 games, most of which purchased from flea-markets or garage sales and I could spend hours playing The Addams Family or Teenage Mutant Ninja Turtles (that freaking water level though, amirite?)

I loved the NES but the Mega Drive was always what I really wanted. They had shiny graphics and characters in a game actually looked like people. I would spend hours on my cousin’s Sega, often for hours even after he went to bed, marveling at the brutally realistic fatalities in Mortal Kombat 2, adamant that graphics could not possibly improve. We now know that I was very wrong.

Despite the flak that The Order: 1886 is getting over its length, it looks amazing. We also know, however, that there is much more to a game than great visuals and this, I believe, is really why many games today eclipse the games of old.

In the days of SNES or Sega, the mechanics for most games were fairly generic. There were platformers, racing games and fighting games that were similar to many of those that we have today, but even the masterpieces such as the early Final Fantasy games couldn’t hold a candle to the huge and immersive RPG worlds where choices have consequence like Skyrim or DragonAge.

These games simply weren’t possible on the older systems. Now, before you get out the pitchforks and torches, consider for a moment what could have been done with games like Final Fantasy or Legend of Zelda if they had the technology that is available today. Those games were absolutely fantastic and many people still play them today, some 20 years after their release but you cannot deny that those games paved the way for some of the truly spectacular RPGs that we have today. Besides that, developers have often tried (even if not always successful) to keep the elements that were great back then and merely put a modern spin on them. Mortal Kombat has changed very little in the 20 or so years since its inception and has remained near the top of the list of best fighters for that very reason.

While it’s true that most of the older games presented more of a challenge than they do today, (to this day, I will worship anyone that could beat Contra without using cheats.) In the '90s, if you clocked a game, it was a real achievement and every kid on the playground wanted to know how you managed to beat the boss on stage 5.

The difficulty, however, was mainly due to the limited number of lives and tricky patterns to memorize rather than difficult-to-master mechanics. Cue Dark Souls, the Tiger Mom of video games, demanding mechanical perfection throughout and punishing the player until they get it right. After dying to the early mobs on my first playthrough more times than I am willing to admit, I was adamant that it could not be beaten and anyone that claimed that it could was a filthy liar.

After taking the time to actually learn the mechanics I came to the conclusion that if video games were pets, Dark Souls would be a cat. It makes you work like hell to earn its respect and even once you do, there is no real reward other than feeling of true accomplishment. When I fought Ornstein and Smough for the first time, I died no less than 58 times. 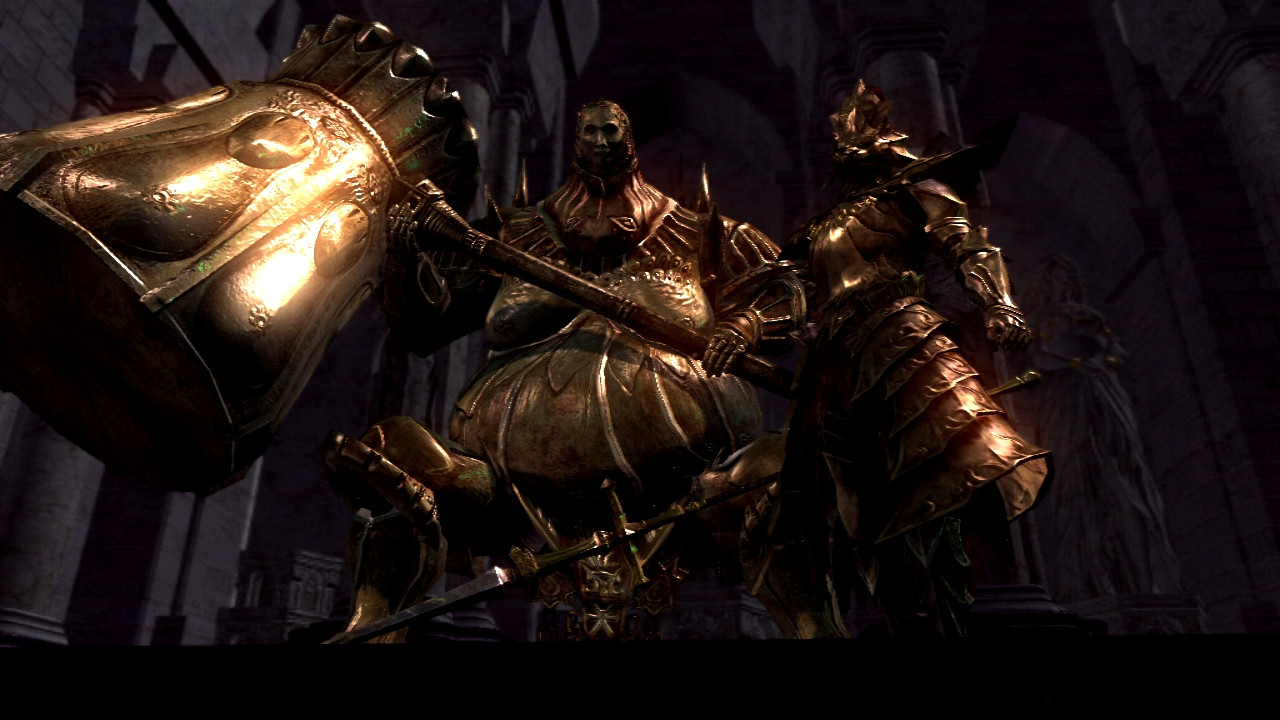 I had finally killed those bastards and at that point, I felt so powerful that if it had come down to it, I was sure that I could rip a tree in half with my bare hands. While it’s true that the majority of games nowadays pander to the casual gamer, games like the Souls series shows that there is definitely still a market for the hardcore gamer.

I admit that I do miss the days of couch co-op.

I will also admit that I lost a few friends due to my somewhat –ahem- aggressive temperament whenever I played Mortal Kombat. Don't get me stuck in the GODDAMN CORNER!

Those were good times but I feel that online multiplayer is the way forward. With new systems, we are able to play with friends like never before, whether it be raiding in World of Warcraft, teaming up for a game of DOTA 2 or even just messing around Los Santos in GTA Online. Hell, despite the bugs in Assassin’s Creed: Unity, the co-op is fun and offered a variety of options to accomplish a mission; something that just can’t be done with split-screen gaming.

While I loved the stories told by many of the old games (the Monkey Island Series still cracks me up), I feel that if you look in the right places, epic stories are still very much a part of modern gaming. When developers take advantage of the technology in the right way, even deeper stories begin to take hold.

I didn't really jump on the bandwagon for The Last of Us as I was never really a fan of the zombie genre - but that story was just fantastic. You really felt a need to protect Ellie as if you were personally responsible for her survival.

When I played through the different endings of GTA V, I felt like I had betrayed a close friend when choosing to kill Michael and honestly hated myself for it. Being forced to kill Siff in Dark Souls, especially after saving him in the DLC, made me curse the ninja's for chopping onions while I played. People have an easier time remembering the great stories from '90s games over the bad ones but that doesn't mean there weren't any. Much like back then, there are epic stories being told through video games; you just need to look for them.