Hispanic characters In video games are not easy to find but here's five awesome ones.
by Angelina Bonilla

King has always been a subject of discussion among players, with his Jaguar Luchador mask being the most striking part of him. Unlike other Luchadors in fighting games, King has a very interesting backstory, and most of the time is fighting in the tournament for the right reasons.

His need to build an Orphanage for the orphans is awfully endearing for a man who looks so intimidating, and his storyline is heartbreaking at times throughout the series. King even died at one point, and one of his precious orphans took up the mantle to become the new King.  For a fighting game character, King has a very good cycle of character development, and it is nice to see a game focus on a male character who is doing something for children rather than normal “Video Game Protagonist” motivations. 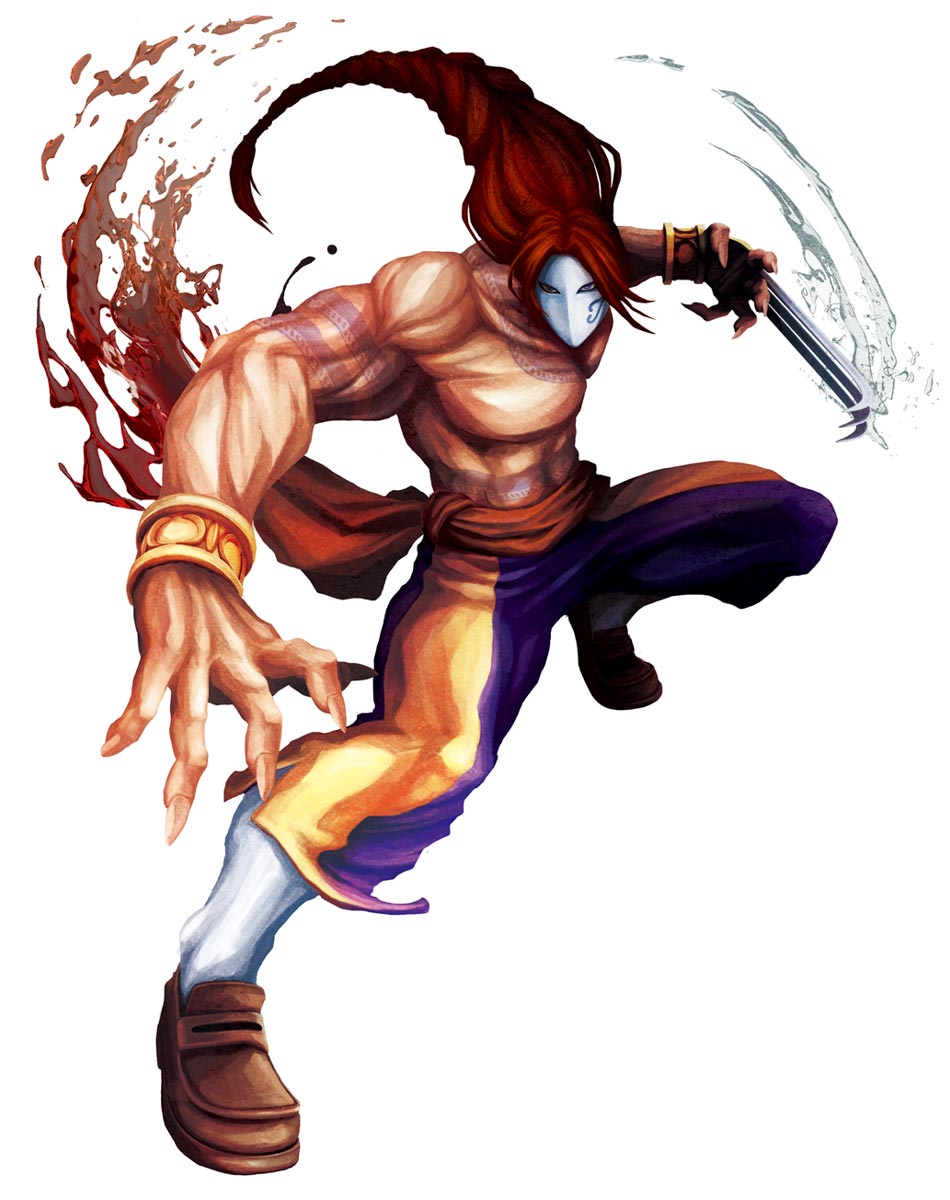 Ever since Street Fighter Alpha 3, Vega has been a force to be reckoned with when it came to fighters. He’s been an assassin for quite some time, and despite his slightly tragic backstory of his mother dying, Vega is not someone you love as much as he’s someone you’d fear.

He takes great pleasure in murdering those whom he considers ugly, and will not stop until they are permanently taken out of commission. Out of all the villains in the series, next to Bison, he’s the one that has the most notoriety due to his effeminate appearance and sadistic personality. He’s a deadly assassin that will stop at nothing until he gets his way. Vega is one Spanish lover that you should never turn your back on, especially at the risk of being torn asunder by his massive claws. Her progression overall is very well done and unlike some other female characters that are Hispanic, she actually wasn’t just used as a plot device for the male character to get motivated.  Even if we don’t always know where her allegiances lie, Isabela is a great representation of a morally ambiguous Hispanic woman in a zombie Apocalypse.

Dom is one of those characters that just pulls at your heart strings the entire time you play with him. For being such an absolute beast of a character, Dominic comes off a lot more like a big squishy teddy bear compared to the other characters in Gears Of War. He has the best development out of all the characters in my opinion . When Dominic hurts, you really feel him hurting.

The guy has been through a lot with all the events throughout the Gears series, and just when we think he’s going to get a break, he doesn’t. Dominic added such a great emotional aspect to a game that could have just been about burley men shooting guns. It’s nice to see a male character have such an emotional range, especially in a game pumped full of testosterone as much as Gears of War is.

The Just Cause franchise might just be known as one of the most chaotic sandbox game series ever created, but it wouldn’t be nearly as fun if it wasn’t for Rico.  His development over the course of two games was interesting, and it was fun to hear how his humor changed throughout the series.

The comments he makes always end up funny in some way.  It’s just that sort of dry sardonic wit that only works for certain characters do it, and it rolls off Rico’s tongue, giving him such a great demeanor. He comments on so many things, you’d think he’s Let’s Playing his own game. Rico is a great protagonist to such a fun series, and that’s why he’s number one on this list.

Hispanic characters still aren’t as well represented as they should be in games. When they're mostly represented by Luchadors, it’s easy to see what issue there may be.  Nothing is wrong with Luchadors of course, but it does get annoying that they seem to in the majority of an already small population of characters.

It makes matters worse when some people consider characters from adaptations such as Puss and Boots and Bane viable for these sort of lists. Hopefully, in the future we will gain more notable Hispanic characters so those characters won’t even come to mind when a Hispanic character is mentioned. Until that day comes, keep on the lookout for more interesting stories here on GameSkinny.