7 Game Heroes you Could Probably Take in a Fight

There are some video game heroes you never want to mess with... than there are these guys.
by Eli "The Mad Man" Shayotovich

Let's take a look at seven of these less than macho "heroes" to see exactly why you could probably take them in a fight without breaking a sweat.

As much as we all love the protagonist from the Half-Life series, Gordon Freeman is not your prototypical game hero. Basically, he's a big nerd. In fact... is that white tape holding his glasses together?

Strengths:  Gordon graduated from MIT with a Ph.D. degree in Theoretical Physics and likes to work on experiments that open interdimensional portals which bring aliens to our world, so his big brain is his biggest asset.  The Hazardous Environment (HEV) suit he wears is pretty nifty, but beyond that...

Weaknesses:  He's a freakin' theoretical physicist! Do you think he spent a lot of time in the gym or at the Black Mesa gun range?  Plus, his "weapon" of choice is a crowbar! Well, until he gets his mitts on  the gravity gun in Half-Life 2.  Although Gordon has a Ph.D. we don't actually see him do a lot of smarty pants type stuff. In fact, Barney (the security guard) cracks on Gordon for only being able to flip switches and plug things in. And as much as we may like that stoic "no talking" schtick of his, not saying a single word is actually a big red flag. Everyone knows that in order to be a good hero you must be able to drop witty one-liners. Just look at Duke Nukem (who you could not take in a fight)... and virtually anyone in The Expendables movies. Wait, scratch that last comparison.

How You Can Take Him:  There are a few ways you can go about this. Gordon, being the nerd that he is, never really knows what to do with Alyx Vance. So try bringing a pretty woman to the fight and watch him get all twitchy and nervous. Or, ask him to explain Albert Einstein's (one of his heroes) theory of relativity to you. As he's writing out lengthy quantum physics equations on the chalkboard, knock him over the head... with a crowbar. 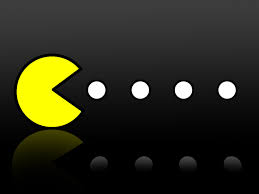 The dude - we'll we're assuming he's a dude since "Man" is in his name - is basically a sports ball with a mouth.  'Cept we really don't know what the frak he is... which makes him kinda creepy.

Strengths:  Never-ending hunger for dots. If he downs a "power pellet" he can temporary eat his ghosty enemy things ( Blinky, Pinky, Inky and Clyde). He also has the uncanny ability to move, despite...

Weaknesses:  Not having any arms or legs! Or eyes for that matter!

How You Can Take Him:  When Blinky, Pinky, Inky or Clyde touch him... he dies. That should work for you too.  If not... stick your foot in his gigantic pie hole and kick him like a soccer ball into the nearest garbage can. He can't climb out because he has no appendages! Seriously, how did this "man" get so damn famous? 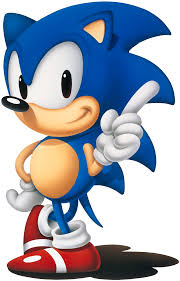 In real life hedgehogs are smaller than cats. They have no offensive moves because their spines can't detach like porcupines. To defend itself the 'hog "heroically" rolls up into a tight ball causing the 6,000 or so spines on its body to point outwards like a Koosh ball made of needles. Oh, and they have incredibly poor vision (they're actually born blind). The hedgehog known as Sonic though... is a freakin' legend. Why?

Strengths:  Apparently this little blue bastich is capable of running faster than the speed of sound. Which is ironic since real hedgehogs move slower than a dinosaur through a tar pit (they have short little legs). Thus, Sonic must be a mutant along the lines of the X-Men's Beast.  Hmmm... they do have the same blueish hue.  Under no circumstance should you let him collect the seven Chaos Emeralds.  If he does... you are screwed. These shiny green stones turn him into "Super Sonic", which makes him faster, gives him the ability to fly, and turns him invulnerable.  Like we said... screwed.

Weaknesses:  According to the folks at Sega, Sonic's only weakness is his inability to swim. But that's not his only weakness. Sonic is a daredevil who can't pass up showing off his mad skills. He also becomes incredibly impatient with things that are slow... like turtles, lines at the DMV, and load screens.

How You Can Take Him:  He's not very big, so if you can sneak up on him and drop an Acme Corporation anvil on him you can turn him into a blue pancake.  Stepping on him will probably work too.  If you're not fond of up close and personal wet works like that, be sure you stage the fight near a large body of water, say Lake Erie. Set up a ramp at the edge of the water and dare him to jump to the other side. He's an adrenaline junkie... he won't say no. 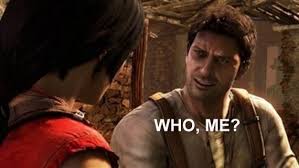 Hey, we all love the guy, but for the most part Nathan Drake from the Uncharted series is a bumbling fool who only manages to avoid getting killed (repeatedly) through sheer luck. It's like he has an enchanted, Tibetan rabbit's foot in his pocket or something.

Strengths: Quick witted, athletic, fairly proficient with guns. Still seems like he'd shoot off his own toe as much as hit an enemy though.  He's also persistent, resilient, and tough as nails... kind of like the John McClane character from the Die Hard movies - always in the right (wrong) place place at the wrong (right) time.

Weaknesses:  The ladies. It's bad enough that he's running around ancient ruins in hostile jungle environments with bad guys chasing him, but he let's his lady friends - who he's obviously been romantically involved with - get him in all kinds of unwanted, extra trouble.  Nate doesn't know when to say when.  He's gotten so used to luck carrying him through certain death situations that he doesn't realize that he only has so many lives left... and someday those lives will run out (see what we did there?).

How You Can Take Him:  All you have to do is stand in front of him... and wait. Probably not for very long either.  Something, or someone, is bound to try to kill him.

Despite being one of the most iconic "heroes" in gamingdom, Mario is nothing more than a short, portly, plumber from the Bronx.  When's the last time this guy actually threw an effective punch in a game?

Strengths:  He jumps.  A lot.  So he must have some pretty strong leg muscles. But when your only offensive weapon is jumping... really?  As with Sonic, collecting certain items (power-ups) gives ole Mario additional powers.  Don't let him collect them and you'll be fine. His power-up item of choice is the mushroom, which comes in all shapes and sizes. For instance...  the Super Mushroom makes Mario grow bigger; the Fire Flower lets him toss fireballs; the 1-Up Mushroom gives him an extra life; the Mega Mushroom allows him grow very large; while the Mini Mushroom shrinks the lil plumber.

Weaknesses:  He's two feet tall (or thereabouts).  He doesn't throw punches, and has a nasty addiction to shrooms.

How You Can Take Him:  Since he's a fungus freak drop a few "magic mushrooms" (of the hallucinogenic kind) in front of him and tell him they're some new power-up.  Once he gobbles them up wait until the psychedelic effects kick in and bonk him on the cabeza.  If we're being honest here... there isn't a single "hero" in the Nintendo pantheon that you can't take out with a good pair of steel toed boots and a sturdy bat. Right? 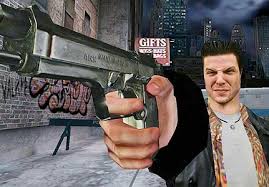 Max Payne has been through a lot of... pain (sorry, we had to) in his life, and we feel bad for putting him on this list, but just look at him.  Is that a Clint Eastwood scowl... or is he constipated?

Strengths:  Since Max is a former NYPD cop and "renegade" DEA agent he's been extensively trained to handle firearms and knows hand to hand combat.  He also possess the super power known as "Bullet Time", which he uses with great effectiveness.  Sounds like someone you simply don't want to mess with, right?

Weaknesses:  He's addicted to alcohol and pain killers, and is still haunted by the ghosts from his past.  Max has been shot so many times there probably isn't a square inch of his body that hasn't been hit, so he's all kinds of mentally and physically beat to hell.

How You Can Take Him: Give him a fifth of Jack Daniels and a bottle of Percocet. Sit him down in front of an episode of The Mentalist... and walk away.  He'll beat himself up for you. What can we say about this cute, mischievous "boy" made of sack cloth, fluff and ice cream (yes, ice cream) that inhabits Little Big Planet?

Strengths:  Sackboy is a chameleon, capable of changing his appearance at the drop of a hat... which he'd probably pick up and wear.  Since he has no bones you can't "break" him.   Don't worry about the version of Sackboy you see in PlayStation All-Stars Battle Royale either. He has a few good wrasslin' moves, but he'd rather slap you (literally) and dart around the ring with his jet pack than actually fight you.

Weaknesses: He's an 8-centimeter tall puppet made from sack cloth. And ice cream.

How You Can Take Him:  Pull out a BIC lighter and torch his ass.

We thought about putting a few gals on here, but since we're gentleman gamers... we don't hit women.

So, what do you think?  Agree with this?  What other "heroes" should be on this list?  Let us know!