Grab a blanket, curl in fright. Try one from this classic on Halloween night!
by chopchamen

With Halloween right around the corner, it's nice to look back on classic horror games, luckily we remembered this series, from it's originals, with sprite graphics, all the way up to when Capcom took over development with Sunsoft on PS2.

Below will be a synopsis on each title from the Clock Tower series, along with a few trivia pieces.

Clock Tower The First Fear is a point-and-click horror game in which you play as Jennifer Simpson, an orphan girl who was adopted along with three of her friends into the family of Mr. Simon Barrows, in the "Clock Tower" mansion.

After they enter the main foyer of the mansion, Mrs. Barrows goes off to get Simon but was gone for an unusually long time. Jennifer goes to search for her only to hear a scream in the room she had just left, and then the horrors begin.

Jennifer Simpson is based on Jennifer Corvino in the 1985 film Phenomena, played by Jennifer Connelly. A lot of the plot and art style in clock tower was inspired by the same movie.

The game puts you under constant threat of a character dubbed "Scissorman," and you cannot use any weapons against him, instead you must run and hide from him in some of the hiding spots around the mansion.

The character graphics in Clock Tower were created by digitizing photographs of real people. They used this technique for animations such as Jennifer hanging from a roof or stumbling in the hallway.

Even though Clock Tower's puzzles and exploration has been viewed as tedious, it is considered a predecessor of certain horror games, and it is considered to be instrumental for the survival horror genre. The original Clock Tower never saw an official US release, although there have been fan-translations of the game.

"The Second Fear" was actually a direct sequel to the original Clock Tower, and was known as "Clock tower 2" in Japan. Taking place one year after the events at Clock Tower Mansion, Jennifer has been re-adopted by Helen Maxwell, an assistant at a psychologist's office.

The game does not take place entirely in a mansion this time, instead, you have a few locations from around their town i.e. Police street, the town library, etc.

This was the first game by Human Entertainment to utilize a 3D graphics engine. They wanted to experiment with camera angles and sound, but for the most part, they wanted to focus on the gameplay rather than aesthetics, not wanting to superimpose the gameplay over the graphics.

This game, being similar to the original, was received in the same regard, negatively on the pacing, and positively on the haunting atmosphere, and storyline.

In this game, you are playing as a girl named Alyssa Hale, who suffers from multiple personality disorder. You start by watching a cutscene of Alyssa's aunt Kathryn and uncle Phillip talking about her coming over soon at their dining room table. After hearing a thud in the other room, Kathryn gets up to investigate. Moments later Phillip hears her scream and runs out of the room to check on her.

As Alyssa arrives, the house is seemingly abandoned, she looks around only to find some disturbing things around the house, then you start to hear someone laughing maniacally.

The mechanic they chose for this game was actually very interesting to say the least, you had two personalities to play with, Alyssa wasn't for fighting anyone off, nor could she guns. Her alter ego, however, could use guns, and would save her from dying on multiple occasions.

The two personalities are separated by an amulet that was a part of your inventory, you could take it off and lay it down in specific places, and after being attacked once after that, your alter ego would come out to play.

This game went downhill fast as it was received poorly by reviewers. The point-and-click interface had issues, there was also a lot of unwanted trial and error, do to the enemy placement, and the dual personality mechanic. 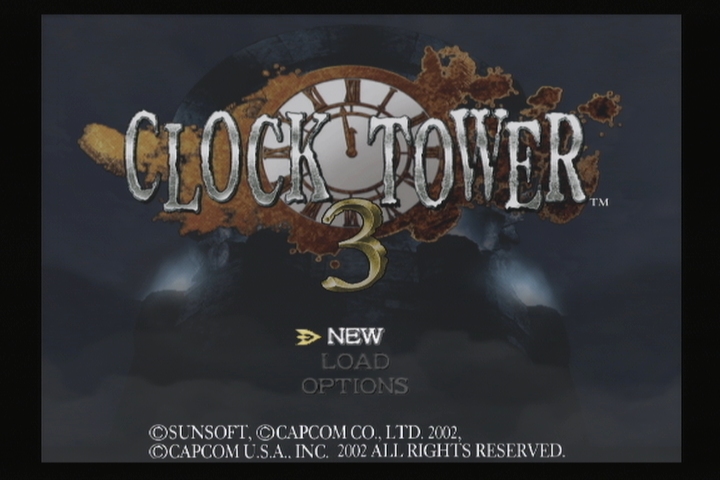 This is where Capcom took over development with Sunsoft. There are apparently no ties to any of the previous games.

In this one, you play as a 14 year old Alyssa Hamilton, who had been living at a boarding school for 3 years. She received a letter from her mother, telling her to go into hiding until after her 15th birthday. Alyssa is then told she has a phone call from her mother. When she answers the phone call, the other end is still open, however there is no one responding to her.

Distressed, she goes to investigate her mom's house, pretty much defying what her mother asked in the letter. But her mom is not there, instead she is greeted by a strange man telling Alyssa her "mother won't be coming back."

It was the first game of the series to offer you free control of your character, rather than the point and click mechanic of the previous games. They also added "Sacred water" which you could use to temporarily halt any enemy that tries to attack you.

This game was received quite well, again with atmosphere, and also for cinematic style. However, it was criticized for it's short story, and certain gameplay elements.

This time around you are on a cruise ship on it's way to the Caribbean Islands. You play as three protagonists, Monica, Leonard, and Rooney as they have to survive against the "Scissorwalker" a monster committing murders aboard the ship.

The original director from the first and second fear, Hifumi Kono, along with Nude Maker (developer) are the minds behind NightCry, a game that echos the first few Clock Tower games. It came out on PC March 29th, 2016. While it was originally meant for handheld devices, there still hasn't been a release date set for them.

Did you like any of these titles? Did you hate them? Lets us know in the comments!