Finding Teddy Review: A Musical and Spooky Trip Into Another World

Finding Teddy is a fun, scary, point-and-click adventure game all about a little girl trying to find her stolen teddy.
by Angelina Bonilla

What happens when a little girl’s teddy gets stolen in the middle of the night by an ominous monster leg? She goes blindly into the closet to find it of course! Once she steps into her closet, the girl finds herself in another world, where danger lurks around every corner.

How will she survive this ordeal? With the player's help of course! This is the plot of Finding Teddy, and while it’s not an overly complex or character driven one, it works for the tone the game sets.

Finding Teddy is a very whimsical game, with hand crafted pixel graphics and a soundtrack that makes you feel as if you in another world. The atmosphere that Finding Teddy sets is perfect, and it is the best part about the game. With such a bright and fairytale-like atmosphere, it’s hard to believe that this world would be dangerous.

However, the little girl finds herself in great danger throughout the game. Every cute, giant creature hasthe potential to kill her horrifically. Finding Teddy is similar to Limbo in that the deceptively simple graphical style hides a world of darkness. The difference is that Limbo already looked like it would be dark or unsettling due to the graphics style. Finding Teddy, on the other hand, does not. Which makes it all the more startling when you see the little girl torn down before your very eyes. Sometimes the graphic deaths seem a little unnecessary, and take away from the rest of the game.  Not that violence in video games is always terrible - it’s just that some of the scenes in the game are excessive. When your character gets eaten, you understand that he/she is now dead, it’s unnecessary to show him/her dissolving in the creature's stomach - especially if said character is a little girl. If I wanted to watch someone melt, I’d play Reptile in Mortal Kombat 9.

The point-and-click genre has been around for quite a while, and I’m always glad to see another entry in this niche genre of games. Finding Teddy relies entirely on your mouse for movement, item access, and even musical composition.

Musical composition is a big part of Finding Teddy. Various puzzles require you to memorize certain notes in order to progress.  The musical notes aren’t actually musical notes though, they are notes shaped like letters. Every music-based puzzle has you spell out a specific word to make the monster or creature do the action you want them to do.

It’s a pretty quirky gameplay mechanic that I hope to see in future games by this developer. The only downside to it is that sometimes the button that toggles music on and off is a little buggy, and sometimes the menu doesn’t come down at all. You have to either leave the area you are in or go quit the game and then come back to see if you can click on it.  This button was a big part of the game, so whenever it malfunctioned, it broke immersion. Finding Teddy is one of those games that doesn’t hold your hand when it comes to gameplay. It starts you out without telling you how to control your character. While the controls are easy to figure out, in an age of tutorials, it was a pleasant surprise. However, you aren't given a lot of direction throughout the game. Because the game has no dialogue, sometimes you end up not knowing where you need to go.

When you enter the closet, you can go either left or right. (Word of advice, don’t go left, because if you do you will die. You need to go right first to get something for the monster on the left; if you don’t he will eat you.) There are several moments like this - when you're exploring and trying to find out what to do, you inevitably fall victim to something.

Not only that, but there will be times when you have no idea where to go or what you can and cannot touch. Sometimes it’s straightforward, like filling a jar with water. Sometimes the answer is less obvious, like having to use the stick you just sawed off to poke around in a hole. 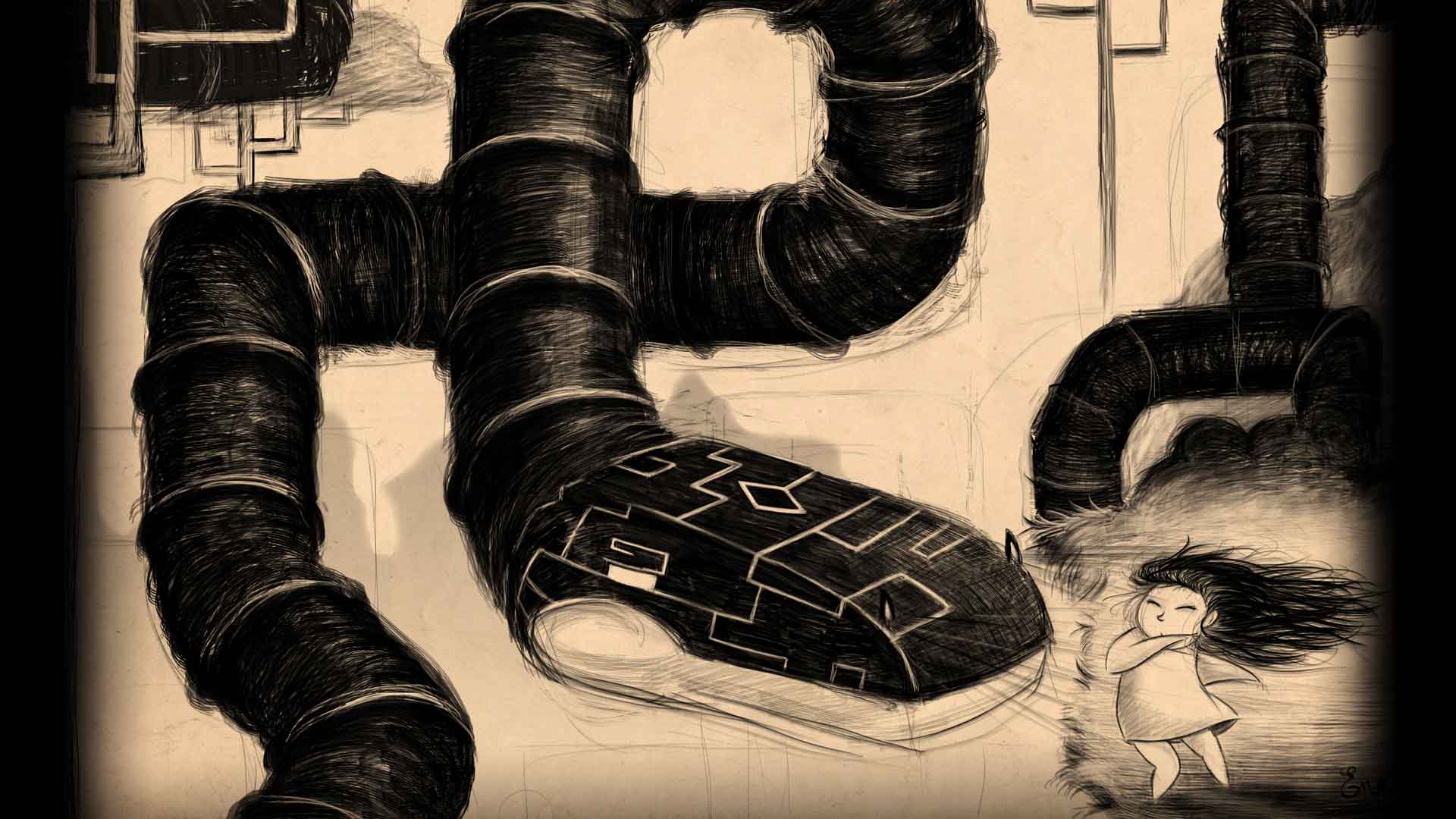 Finding Teddy is a fun game overall, with collectibles, a hidden ending, and a new game-plus mode to extend your playtime.  The game is not perfect, but it is a fun game that is unlike anything I’ve played recently. It was an enjoyable experience, and I’d be willing to play it again to unlock some of the fantastic art that you can get throughout the game. If you’d like to try a different kind of point-and-click game with a Limbo-style scare element, then give Finding Teddy a try.

Finding Teddy is Available on Steam, Gamers Gate and Bundle Stars for $6.99 and is often placed in bundles for lower prices.

Our Rating
7
Finding Teddy is a fun, scary, point-and-click adventure game all about a little girl trying to find her stolen teddy.