Why Modern "Horror" Games Are Not Scary

“They just don’t make them like they used to.”

You hear this a lot when you spend time with an older generation reminiscing about the past and the “good old days.” While the phrase is not always accurate, sometimes it has a fair amount of substance behind it.

Nowhere is this truer than the state of horror games. Horror in gaming has been subject to one of the most interesting and unique evolutions from its roots to its present state. Looking at a game like Haunted House on the Atari 2600, one would never imagine games such as The Evil Within and the Silent Hill series would be birthed from this type of game.

However, when I look at the state of modern horror games, I see a troubling trend: most of these games are not scary or even horror. Worse yet, some are blatant cash grabs made by cynical developers seeking a quick buck. Granted, there are exceptions, but it seems most games released nowadays labeled as “horror” are anything but and deserve those quotation marks. So what happened to our once great genre? I am so glad you asked!

The Rise of Amnesia Imitators

Up until 2010, most gamers had not heard of Frictional Games. While some of us were enjoying their Penumbra series, many people still had no idea about this great studio. On September 8, 2010, this all changed. Amnesia: The Dark Descent was unleashed on an unsuspecting gaming population and proceeded to take the world and YouTube by storm. Hailed as one of the scariest games of all time, Amnesia soon led to a deluge of reaction videos, live streams, and Lets-Players screaming their heads off for the enjoyment of their viewers. This is where the trouble began.

With the success of Amnesia, imitators were inevitable. Whenever something is as remotely successful as Amnesia has been, imitators are drawn to the success like sharks to blood in the water. Like most facsimiles, the games trying to ape Amnesia missed what made the game work in the first place; hence why we now have a glut of horror games where we are unable to defend ourselves.

Many of the imitations simply removed combat from their game because that was all they saw in Amnesia: A game where players could not defend themselves.

In Amnesia, the mechanic fit with the world and the game was made with this design in mind. Many of the imitations simply removed combat from their game because that was all they saw in Amnesia: a game where players could not defend themselves.

But they missed the carefully cultivated atmosphere, the terrifying monsters, and the subtle things the game had which set it apart from others. Five years later, we are still seeing developers trying to copy the success of Amnesia and still failing to grasp why players gravitated towards the game. Instead of trying to make new games and explore new ideas, people are still trying to mimic a game which they do not even understand.

Another outcome of Amnesia’s success was the rise in popularity of YouTubers and horror games, specifically reaction videos and let’s plays. Just look at the views on these things, millions of people watched others be scared witless or act terrified as a result of this game. As a result, we have a new blight upon the gaming world, “YouTube fodder.”

Coined by Jim Sterling, this affectionate term is spot on in describing this new wave of greedy cynicism which has swept gaming. While the popularity of Goat Simulator and Surgeon Simulator videos contributed to this as well, most of this fodder is in the horror genre. 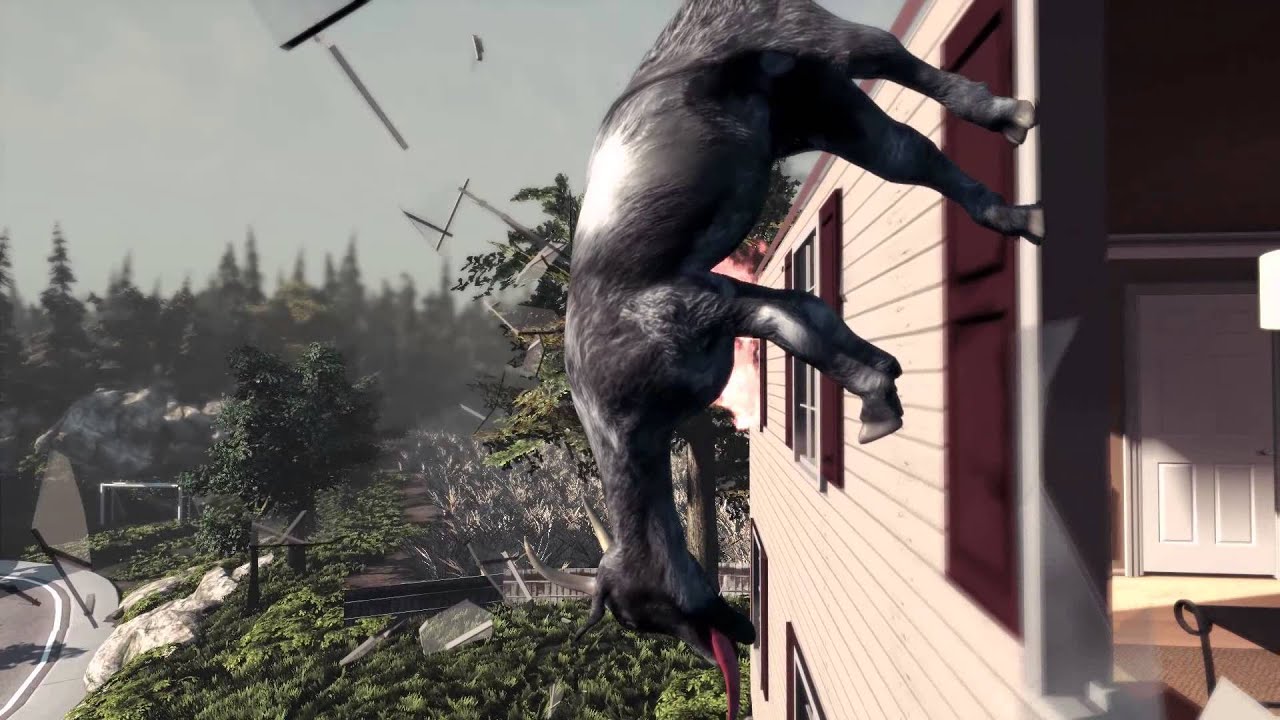 What is YouTube fodder you ask? Simply put, it is a greedy team cobbling together the barest minimum of what can be considered a game and releasing it through Steam with the intent of gaining sales through YouTube videos. (The fact these are even releasing on Steam and in general is a rant for another day.) These are not games. They are the products of developers with no sense of ethics releasing complete drivel.

These are not games. They are the products of developers with no sense of ethics releasing complete drivel.

Besides being morally questionable, this bunk is ruining horror gaming. It seems every day upon booting up Steam I am greeted by a new “horror” release. All of these releases being labeled as horror ensure quality horror games are harder to find for players who are less-informed. They also burn players out on the same experiences making players wearisome to try more games. Worse yet, these things seem to release nearly every day. No, seriously. Look at Jim Sterling’s channel. The amount of these releases is dumbfounding and terrifying. If these were paper, they would not be worth using to house break your puppy. We need a New Mexico landfill for these abominations.

As I have mentioned before, I think what Scott Cawthon has done with Five Nights at Freddy’s is admirable, and I respect him for it. However, the series is another disturbing trend in the decline of quality horror: jump scares. As long as there has been horror, there have been jump scares. When used masterfully like in Alien, The Thing, or Resident Evil, they can be absolutely terrifying. The problem with FNAF is not the jump scare; it’s that the jump scare is all there is. Yes, the games do build tension and have some atmosphere, but every session of the game is essentially anticipating a jump scare. 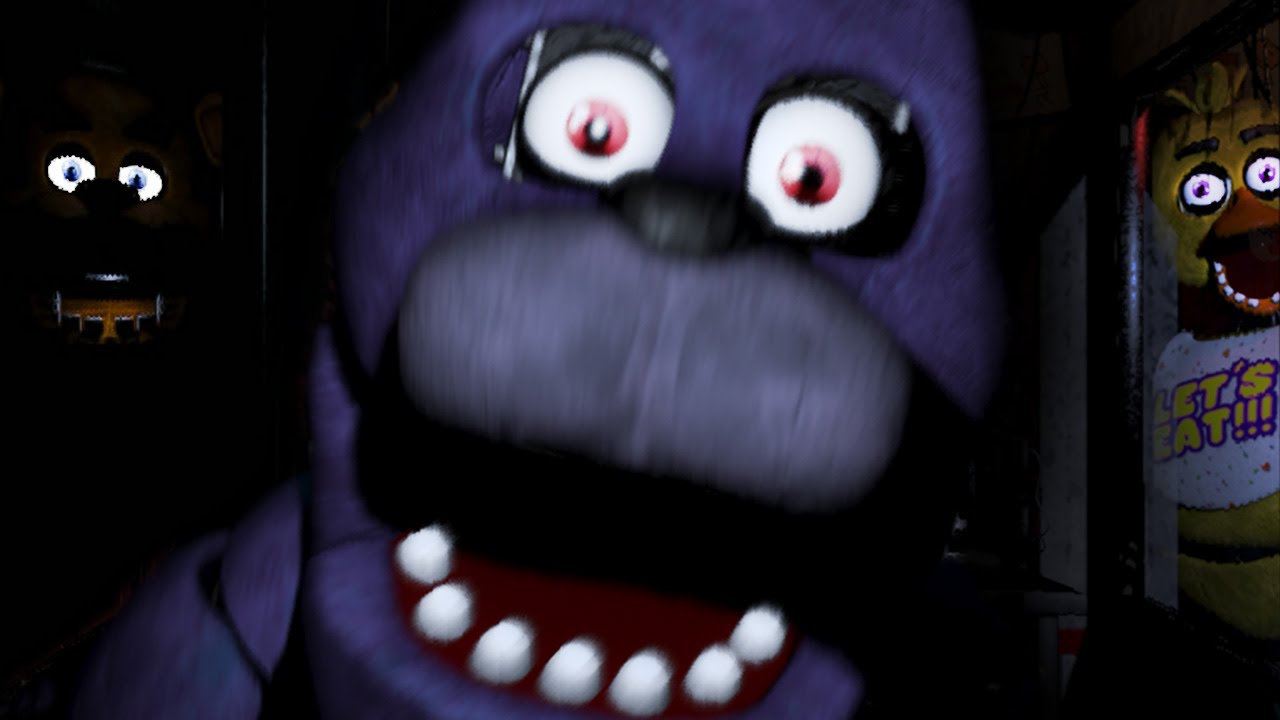 See, the game relies on a simple pass/fail mechanic. You either survive the night or you don’t. If you do not, an animatronic eats your face off while screaming at you with the voice of a small child. The core of the game is built around the anticipation of this scare. Without the scare, there is nothing to the game. There is no escaping in a weakened state while trying to fend off monsters while tending to your wounds. No hiding in a nook while watching with bated breath as your pursuers attempt to surmise your location. There is nothing. Jump scares cannot be the foundation of the horror experience; they accentuate it.

Even if you could kill the beast, the knowledge that a perfect predator is constantly tailing you ensures when a jump scare transpires, you jump.

Think about Alien: Isolation. There were times when the xenomorph makes a surprise visit in an attempt to give you a passionate lover’s kiss. These moments are terrifying because you know the monster is constantly hunting you, and you can never truly conquer it. Even if you could kill the beast, the knowledge a perfect predator is constantly tailing you ensures when a jump scare transpires, you jump. Jump scares go hand in hand with other elements of horror to deliver a horrifying experience. Without the rest of the elements, you are left with an incomplete picture; a shadow of what could be.

All Filler, No Substance

While all of the above are serious issues with the horror genre, there is one matter which lies at the core of the problem. Most modern horror games reduce horror to bare scare-tactics and end up being anything but horror. This applies to the AAA and indie scene alike. Now there are exceptions, 2014 saw the release of Alien: Isolation, The Evil Within, and P.T. All of these games were a fine return for horror in the AAA market. While not perfect by any means, each game pursued horror in a unique manner.

As a whole though, the AAA market has all but abandoned true horror and has instead pursued some bizarre action/horror hybrid abomination. The Dead Space series started out with two solid entries, but the third entry devolved into a nonsensical action co-op shooter. With an exception for the recent Resident Evil: Revelations 2, Resident Evil has gone completely down the Michael Bay rabbit hole. Both series started out as tense, atmospheric experiences where survival was paramount and empowerment was scarce. Now they are the complete opposite.

Sadly, this mostly applies to the indie market as well.

Going hand in hand with the YouTube fodder and jump scare trend, most of the recent indie games forgo horror altogether to make the most unintentionally hilarious things this side of The Room and Birdemic. Seriously, go watch some of these things in action. Most of the games even fail to grasp a fundamental understanding of atmosphere, content to have the player wander aimlessly for thirty minutes while throwing random noises and poorly paced jump scares.

Most of the games even fail to grasp a fundamental understanding of atmosphere, content to have the player wander aimlessly for thirty minutes while throwing random noises and poorly paced jump scares.

In Silent Hill 2, you encounter the town and your first enemy within the first thirty minutes of the game, and by that point, the game has already established a fantastic sense of atmosphere.

The first thirty minutes of The Thing (the original 1982 film, not the poor prequel) has the first major alien encounter and gross out scene, but it also establishes place, characters, and atmosphere with incredible mastery. Most of these newer horror games are not even sure of their identity nor their goal at the thirty-minute mark. Strange noises and plodding around locations with no sense of tension or context does not equal atmosphere.

While I sound cynical in this post, I am hopeful for the future of horror games. The year ahead holds several promising games for us horror devotees. Perhaps even more encouraging though, is to see players and some prominent personas and pundits in games media speaking out against some of the more malicious of these practices.

We can expose these games for the shams they are, and we can refuse to give poor horror the money and attention they demand. People are calling out developers and spreading the word about these blatant pandering products, and that is a start.

The future for horror is bright, but we players need to do our part as well.

We need to speak up when we see cynical fodder littering Steam and point out YouTubers who play some of these strictly for the pandering. We need to support the good horror games that do get released, like The Vanishing of Ethan Carter and The Cat Lady.

As the consumers and players, we hold an extreme amount of power in our hands. The trick is to responsibly harness this power to better the gaming landscape and the horror genre. Until then, watch your backs. You never know what lurks in the darkness.