What there is to know about Sword Art Online: Lost Song
by cdiponzia

The RPG game series based off popular anime Sword Art Online continues with SAO: Lost Song. This is the third game in the series. I had to pick it up, since I love the SAO series and was a "Beater" of the two previous games (lame SAO humor, ha). Overall, it was an amazing game that satisfied the SAO fan in me.

I enjoyed the first two games of the SAO franchise. Both SAO: Infinity Moment and SAO: Hollow Fragment were fun and compelling games that kept me entertained for hours. So, I was rather excited when I heard that SAO: Lost Song was coming out. 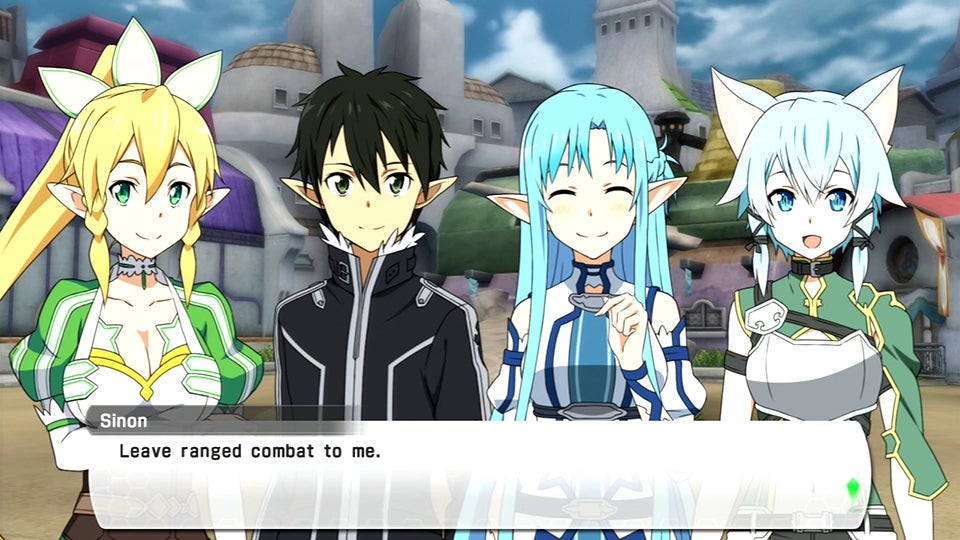 SAO: Lost Song's story takes place a month after the events of the original SAO games. The story begins with the SAO cast logging into ALO (Alfheim Online). The game got its first new update and our famous Black Swordsman Kirito is excited to explore the changes.

The story develops beyond just the contents of the update and ties new characters into the story. Very much like the previous games, SAO: Lost Song has its own original plot. It's fun, warms the heart, and fits right into the SAO world.

However, I do have to say that this story does not have the same intensity the other games did. It is probably because the threat of permanent death isn't present in this game. That death element makes games like SAO: Lost Song far more thrilling. The plot is still interesting and fun, but the previous games added the pressure that if you died, you actually died.

Overall, I think the story can be enjoyed by anyone, but more so by SAO fans. The biggest reason I love the plot is because it's following the 'what if' story line. It's like playing through my own version of the SAO story.

I was kind of amazed by the complete overhaul of gameplay in SAO: Lost Song. The level of improvement was absolutely wonderful. 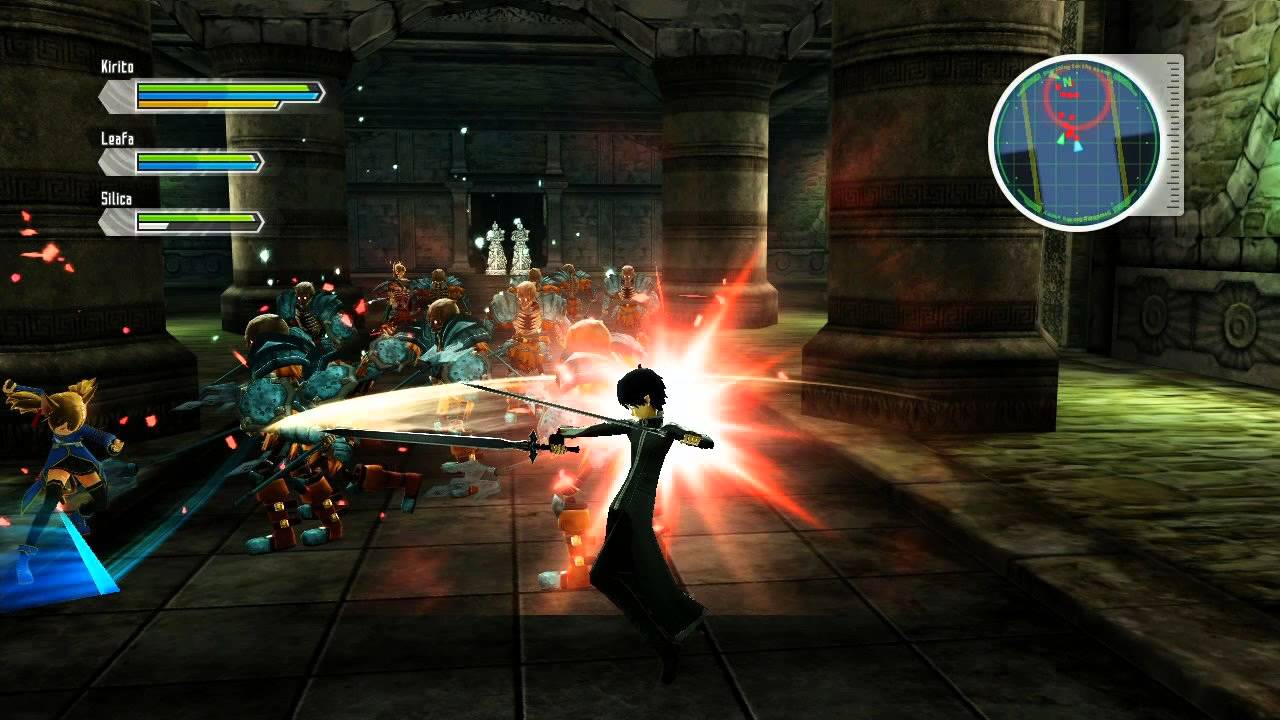 I was very happy with the combat in this game. Everyone who is into SAO knows that the series is famous for its awesome, fast-paced, epic sword-swinging action. The previous games didn't exactly capture that fast-paced action the same way.

The previous games had basic combos that did no damage. So I ended up just running up to each enemy and using special attacks on them. I eventually made a build that gave me infinite SP and allowed me to spam special skills that could one-shot everything. It got tedious real fast.

However, SAO: Lost Song has fluid and quick combat. The combat is far more intense and challenging than previous games. There are enemies spread far and wide, as well. If you wanted, you could be stuck in an endless awesome battle.

The special skills are fun, too,  and executed with beautiful animations. The skills look like they were ripped right out of the anime -- like rapid energy glowing strikes. Magic is the unique element in ALO within the SAO series. It was also one of the features that made me really excited for SAO: Lost Song. So, the first chance I got, I tried magic.

But this feature turned out to be a bit disappointing. The spells in the anime series are always made to look epic and flashy. The spell words appearing right next to the character always looked cool. However, when I got to use the magic spells in the game, I kind of just had a 'meh' feeling. There was no punch behind them.

You upgrade a weapon to plus 1 and plus 2 with materials -- just like any other game that has weapon enhancement. I mind that too much. This new system mimics what is used in the SAO anime series, so it's an accurate adaptation. I just miss the detailed enhancement and ability to decide what my swords specialized in. The previous games allowed me to make and customize the sword I fought with. My swords and I had a special bond by the end of the game. Oh well. The fact you can free fly in this game is what makes it stand out from other RPGs. You can fly anywhere, except inside dungeons -- which was kind of a downer, to be honest. Normally, flying is something you only see in games like Dragonball Z.

That is why it is so awesome in this game. Fighting tons of enemies while flying around is amazing. The flight makes battles far more interesting. The flying plus the epic swordplay fits together in a way that makes the game refreshing.

There are two modes to multiplayer. You have the co-op mode and the PVP mode.

The co-op mode is pretty fun. Explore the world with a buddy, kill some monsters, and go on a few adventures. The PVP felt like Dragonball Z Xenoverse with swords...just not as many explosions, and a lot less screaming.

SAO: Lost Song is an awesome game for both SAO fans and people who like a good, adventurous, sword-fighting RPG. The game is fun, with a bright plot and refreshingly unique gameplay.

It lacks the intensity of the death game story, but it is still worth picking up. SAO: Lost Song is worth playing if you want to go on a high flying adventure and fight your way through hordes of monsters with epic sword play.

Our Rating
8
What there is to know about Sword Art Online: Lost Song