In a galaxy not so far away, we sat down with Star Wars Explained's Alex Damon, where we talked about Battlefront 2, KOTOR, Celebration, and of course, Jar-Jar Binks.
by Nick Lee

There's no doubt that Star Wars is a big deal. And with the new Skywalker trilogy in full-swing, alongside a slate of stand-alone anthology films, there's a glut of Star Wars information flooding the web these days. But one of the best purveyors of that knowledge -- and the theories that surround it -- comes from the YouTube channel Star Wars Explained

Recently, I had the pleasure of sitting down with the channel's creator, Alex Damon. With more than 300,000 subscribers, SWE, which covers all things Star Wars via live streams, lore videos, news, and more has more than 800 videos, many of which have been created and archived over the past two years.

GameSkinny: So I want to start with before YouTube; what gave you the idea to start a Star Wars channel?

Alex Damon: I’ve always been in video marketing. Comics Explained was one of my original inspirations. Every year, I participate in a huge SW Quiz at DragonCon, and every year I told myself I’m gonna study and hadn't won. The videos ended up being a way I could actually study, but that wasn’t their purpose. When I first started, it was whatever I found Interesting. I still had a full-time job and I made six weeks of videos before I even started.

GS: As your channel has grown with more subscribers and views, how has the Star Wars community been on YouTube?

AD: My commenters are especially great. I was shocked, actually, at how nice everyone’s been. Of course, as you grow, you get more trolls, but I don’t know what to say other than everyone's been nice.

GS: And you went to Star Wars Celebration Orlando, right? Did you do a fan meet up there?

AD: Yeah. So, we did a mega meet-up with other channels and my wife, Mollie, is in charge of social media, so she kept everyone updated for where we were.

GS: So switching gears slightly, YouTube's news a few weeks ago was a change to the amount of revenue received after 10,000 views. What was your response to it?

AD: I’m fine with it. It weeds out some people, but it’s ultimately [like] you’re losing out on $10, not $10,000 dollars. And just about everyone noticed around April 1 -- when the change happened. One of my favorite YouTubers is Funhouse. YouTube took big views away without much communication. The only thing people could do is crowdfund, which I’m not sure they’d want to go into, but like with Funhouse, if there was a Patreon to support them -- I’m there. GS: So back to the more fun stuff; what was your reaction to the new game, Battlefront 2, seeing the leaked trailer before Celebration and the full one revealed during the panel.

AD: I actually got to be in the room for that. I’m so excited for a story. I love multiplayer and playing with friends, but stories, [aren't just] good for what I do on my channel, but just fun.

GS: What do you think of the new character, Iden Versio, and Inferno Squad?

AD: We don’t know a lot about Iden. I’m excited to get into her head. It’s interesting: she comes from a place that’s just willingly Imperial, so to see that is exciting.

GS: So Captain Phasma is confirmed in-game. What do you think her role will be in The Last Jedi?

GS: So we know the panel confirmed that this would be a canon story, I believe the first one in a video game that's not including Rebels. Do you think this is something they'll do more of in the future?

AD: Yeah, I think you're right that it's the first one. Anything story driven will be canon, unless it’s SWTOR, which is it’s own thing. I never played TOR, so I can’t really comment on it.

GS: From the earnings call earlier this week, EA said [Battlefront 2] will have three times more content. While that doesn't translate evenly into however many heroes or worlds there are, now it's three times more [Star Wars]. How do you think they'll handle that promise?

AD: I hope this one is as good as it looks. Hearing the developers, they seemed very excited; I trust them. In the first game, they couldn’t explore the sequels cause they hadn't come out yet, and didn’t explore the Clone Wars. So just with that, they already have two more eras. 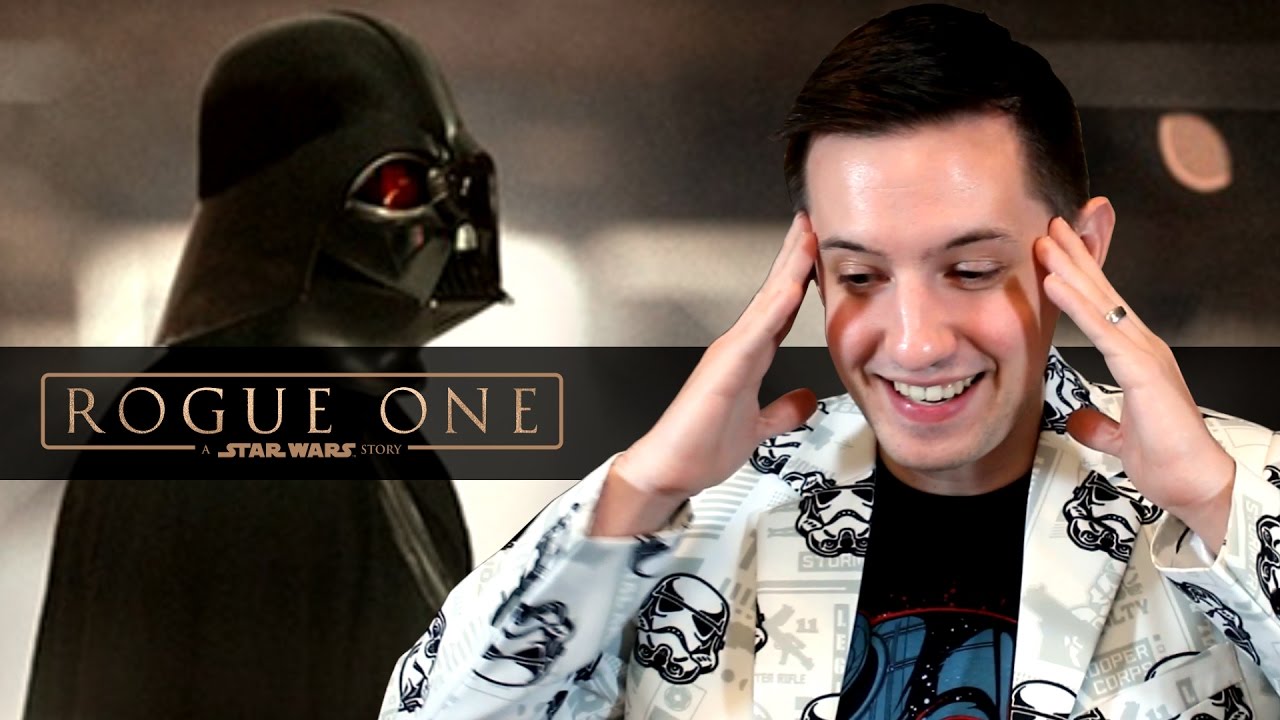 AD: Well, I was going to say Ashoka. Ones I’d like to see a lot are from the TV series or more obscure. Rex would be cool to see, Dr. Aphra, though I don’t know which side she’d fight for.

GS: Are there any others you'd want, like a big wish, just throw it up there and maybe EA will hear it?

GS: There it is. Will they ever put Jar Jar in the game?

GS: Do you think they'll even bring themselves to design Jar Jar?

AD: Maybe like Force Unleashed, where there was a gungan frozen in carbonite.

GS: How do you think the inclusion of battle droids will work. Like in the current game, rolling is a big part of gameplay. So would it be weird to see a droid roll or have one jetpack around?

AD: I bet they won’t have all capabilities. They have said you won’t be able to use a jet-pack in every class, so it will be different. Battle droids may not roll, but droideka’s will roll into battle, so that will be cool to see how they do.

GS: Earlier you mentioned the big meet up and just in researching your videos, I came across a few where you did collaborations with Battlefront Updates. How's collaborating with him or others been?

AD: I love Elliot. [Laughter]. I’ve said that before. We met fairly early on.  Dashstar from Australia is another I met early in the channel. Working with others is always great; they’ve all been nothing but helpful and nice.

GS: So you've recently been doing a lore series on my favorite game, Knights of the Old Republic. Do you think Star Wars should do any more -- gaming wise -- with that?

AD: They’ve explored so little of the Old Republic. I’d love it if they did an anthology like American Horror Story or Fargo. Stuff like Revan, Darth Bane, the Jedi Civil War, all of it.

GS: I know there's been a fan petition to make KOTOR into a Netflix series. While I personally don't think it will happen, who do you think Lucasfilm would trust to make that?

GS: Are there any other things you hope Star Wars goes back into, a KOTOR 3, another Republic Commando, or my dying wish of a Bounty Hunter 2?

AD: That was a good game. I was always a big fan of Dark Forces, but I don't know how Kyle Katarn would fit into canon now. I’m very excited for Visceral’s game, which looks like it will be Uncharted meets Star Wars. Which would be cool to see with a character like Dr. Aphra, who's a treasure hunting type. So who knows, it might be my favorite Star Wars game!

I would like to extend an enormous thank you to Star Wars Explained's Alex Damon for taking time to speak with me, and hopefully, there will be more discussions about all things Star Wars gaming in the future.

Also, a big thank you to Star Wars Photoshop, who created the header for this story. You can follow them on Twitter and Instagram for more.

Stay tuned to GameSkinny for all things Star Wars gaming!