We've all become familiar with the hooded men and women of the Assassin Creed series, but maybe that's a problem. Perhaps it's time the series took a breather, then came back fresh and new?
by Elijah Beahm

We live in an age of reboots and re-imaginings. From total reboots like 2013's Tomb Raider to soft reboots like Assassin's Creed: Unity, we're seeing a lot of new trends in old ideas. While some games seem fine as they were, a few could benefit from a tune-up. Today, let's reboot a franchise on the verge of losing its identity and purpose in its current attempts at revival: Assassin's Creed. 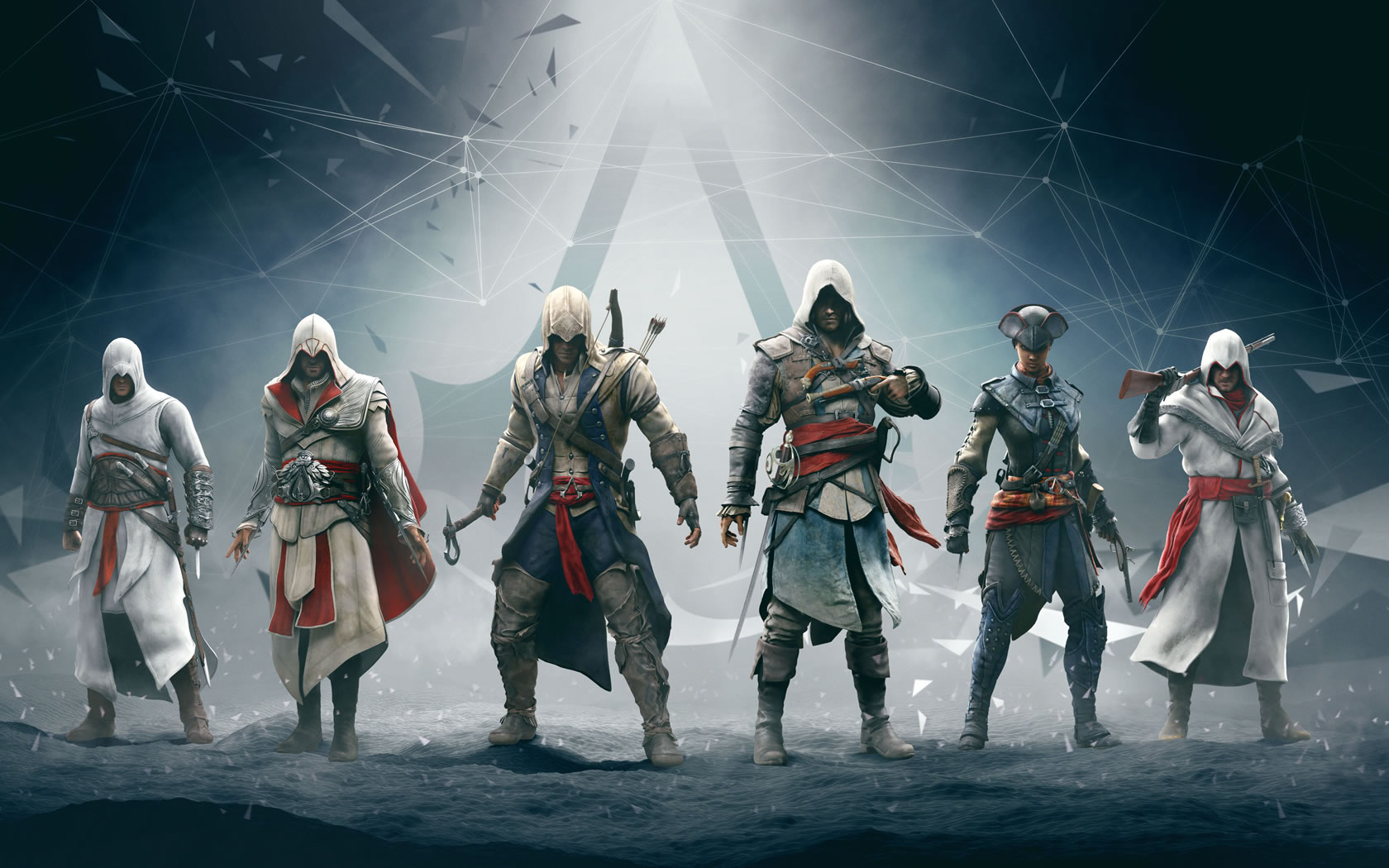 I know, we get tons of Assassin's Creed games now. More than three in 2014. That's part of why I think the series needs a fresh start, instead of a soft reboot like AC: Unity. What Assassin's Creed needs is some time to breathe. Wait at least two years before releasing another title; let the fans want a new game. Then, one or two full reboots.

Reset the universe, ground it in reality.

Also, remove the complex bloodline quasi-science gobble-dee-gook of the Animus. Make this just be a secret society following an ancient tradition across the generations. And let's make the Assassins and Templars two halves of the same whole, instead of enemies. AC3, Liberation, and Rogue have all made solid cases that, if not for plot requirements, the two sides would have stopped fighting ages ago.

Instead of having the two factions start out at each other's throats, let's instead make things more political, and like an actual conspiracy. Templars and Assassins can be good or bad guys, and they conspire around actual historical events. Sometimes you'll do good, sometimes you'll do ill, but no matter what, the plot can be intriguing and believable. Let's not have coincidence and magic space wizards decide how everything plays out.

Let's keep the gameplay still be as fluid as Black Flag, but with far more challenge. A good of way of doing this is to emphasize the preparation elements of the Witcher 2. You have every weapon on the planet available to you at every minute, and instead have to tailor your skills to ever mission you take. Need to swim? No heavy weapons or you'll drown. Going for a long distance assassination? Your crossbow takes the place of your sword. Everything finally becomes balanced through the more limited and specified equipment.

Need to swim? No heavy weapons or you'll drown. Going for a long distance assassination? Your crossbow takes the place of your sword. Everything finally becomes balanced through the more limited and specified equipment. And safehouses can have more purpose than just quest hubs.

On top of this, you can set loadouts like you would in a multiplayer game. As you unlock new items both through core missions and gaining experience, you expand and improve your loadouts. This way you still can swap between playstyles, but you still have to get back to a safe house first. They'd have to be more numerous as a result, but that could tie into a revamped version of Brotherhood's economic sim system.

You have to evade detection still, but stupid tricks like sitting on a bench won't always work. Instead, we take notes from Dishonored and Thief, allowing you to hide in the environment's nooks and crannies. We vary enemies so only some can climb after you, meaning a lazy guard can be easily lost, but a trained killer will hunt you down. Some guards might have gear similar to yours as well, such as grappling hooks or smoke bombs.

Further varying your approach is the need to use different distractions for different enemies. Lazy guards could be drawn off by a lady of the night, but you might need a fellow assassin (because were are 100% bringing back the Brotherhood system) to pull off a false shot to get the attention of trained soldiers.

Your targets would be similarly affected, allowing you to manipulate them into traps. A skittish one could be scared by a gunshot to run into a hallway booby-trapped with trip mines. A more violent one could be drawn out into the open by a friend then assassinated from behind. The most clever targets might actually try to pursue you, forcing you to lead them into a trap or escape and try again.

Lastly, let's hit the elephant in the room -- the next assassin, the star of this reboot, is a woman or at the very least a custom character. Whether the entry is set during the modern day or in the past, we need more diverse Assassins. And on that note, I know it's a joke but seriously, let's make this be one of the new time periods explored:

It could be fun... and cover some really heavy topics!

Normally I include a second, more extreme proposal after a more close to form reboot idea, but for once, the idea is too big to fit in one article. So keep your eyes out for a follow-up on the more extreme take on how to revive the Assassin's Creed franchise! 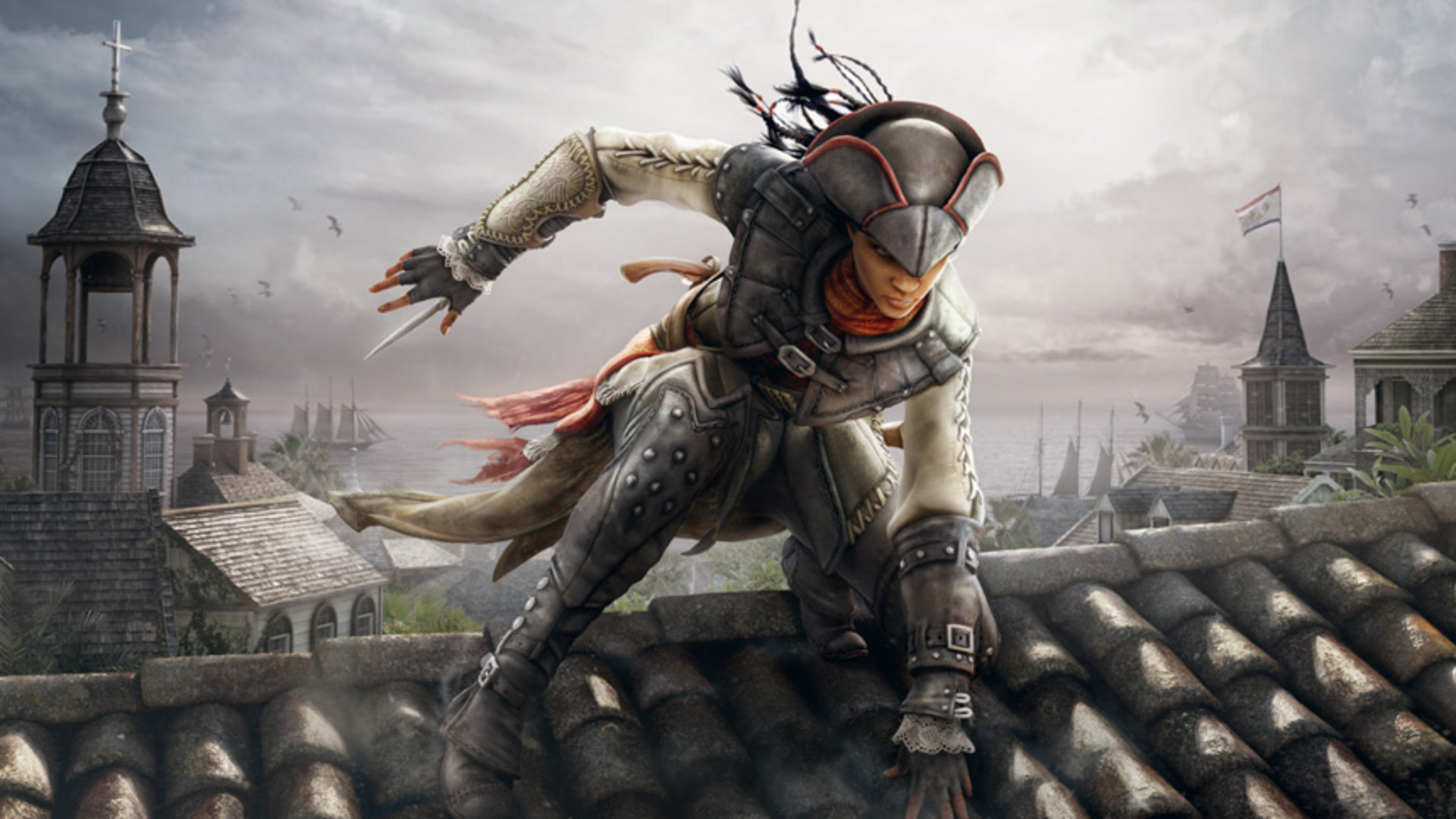 Do you like the idea of a more Hitman/Witcher style Assassin's Creed game? Do you have ideas of your own? Please be sure to share your thoughts in the comments, and let me know what games you'd like to see get a reboot in the future!