Past Perspective: Talking Games with Dad

I sat down with my Dad to talk about his earliest gaming memories, and his journey through the last decade of gaming.
by Catrana

For some of us, our earliest gaming memories are the fondest, while for others our true gaming loves aren’t found until later in life. I sat down with my father to discuss his own predilections, and how they influenced his gaming life. 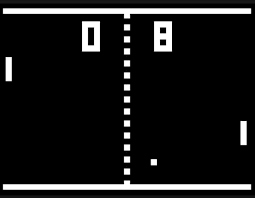 “Playing Pong, on a television or a Commodore 64. I remember being a kid at someone’s wedding and then there was a TV with this wired controller with two knobs, and when you turned the knobs the little thing went up and down. That was Pong. You know what Pong is, don’t you?”

Did that memory influence your later gaming choices?

“No, but typing code into the 64…I’ve wanted to make games since then, and Pong was the most incredible thing I’d ever seen. That’s when I knew I was a gamer. It’s like now when you see a next gen XBOX or PS4 game… it was just, 'holy crap there’s a stick moving up and down and you can make a ball bounce off it!'”

What would you call your favourite game of all time? 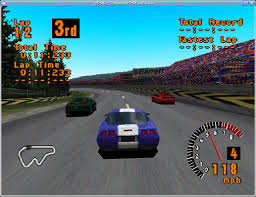 What was so addictive about Grand Turismo?

“I got to drive all of the cars I’d only ever dreamed about, and as a simulator it was the closest thing to technically accurate available at the time…when you get in a Lotus it drives like a Lotus, and when you get in a ‘Stang it drives like a Mustang. I learned to drive as a kid, got my license the very first day that I could, driving for me was always synonymous with my freedom. And I was always really good at it."

Have the new instalments lived up to your expectations?

“I didn’t like the last one very much…but I mean, the first Grand Turismo didn’t even have a working finish. It was always about the journey though, not the destination. But the last game, I felt like they went beyond realism. I wasn’t happy with the car physics, they were more focused on making it pretty than on providing a driving experience."

What game are you looking forward to most in the next two years?

“What game am I looking forward to most? The one that I make!”