People have spent big numbers on this game. It is time to analyze why they chose to do so and why people trade real money for virtual goods.
by Caio Sampaio

A decade ago, developers released video games as a complete experience that did not require the purchase of additional content. Nowadays, however, paying more in order to gain access to new features -- whether it be new quests, weapons, skins, or skills -- has become common with DLC and microtransactions. If done properly, these ideas can lead to significant profit for the development studio, but some creators have taken this model to questionable lengths.

This is the case with the upcoming game Star Citizen -- an intergalactic exploration simulator which allows players to wander through the unknown confines of the universe aboard ships that can be either unlocked or purchased. The game hasn't released yet, and the release date has been pushed back multiple times with little explanation from the developer, but the official website still allows fans to purchase ships at a variety of costs. Among all of the options available for the community to buy, one stands out: the Completionist Combo. It features nearly every ship in the game. It also costs $15,000 USD.

The questions that begs for an answer is...

What motivates someone to spend approximately the equivalent of one semester of college tuition on extra content for a game that hasn't even released yet?

To address this, it is important to understand first what makes a person spend any money on virtual assets for a video game, regardless of whether it's one dollar for a skin or $15,000 for a pack of ships. Using real money to purchase virtual property seems to be an illogical decision...but is it really?

There are a few tricks that video games, both free to play and not, can use to convince players to pay “few” extra dollars, in order to enhance their experience. And the psychology that goes into that is the basis for what possesses Star Citizen backers to fork over so much cash. 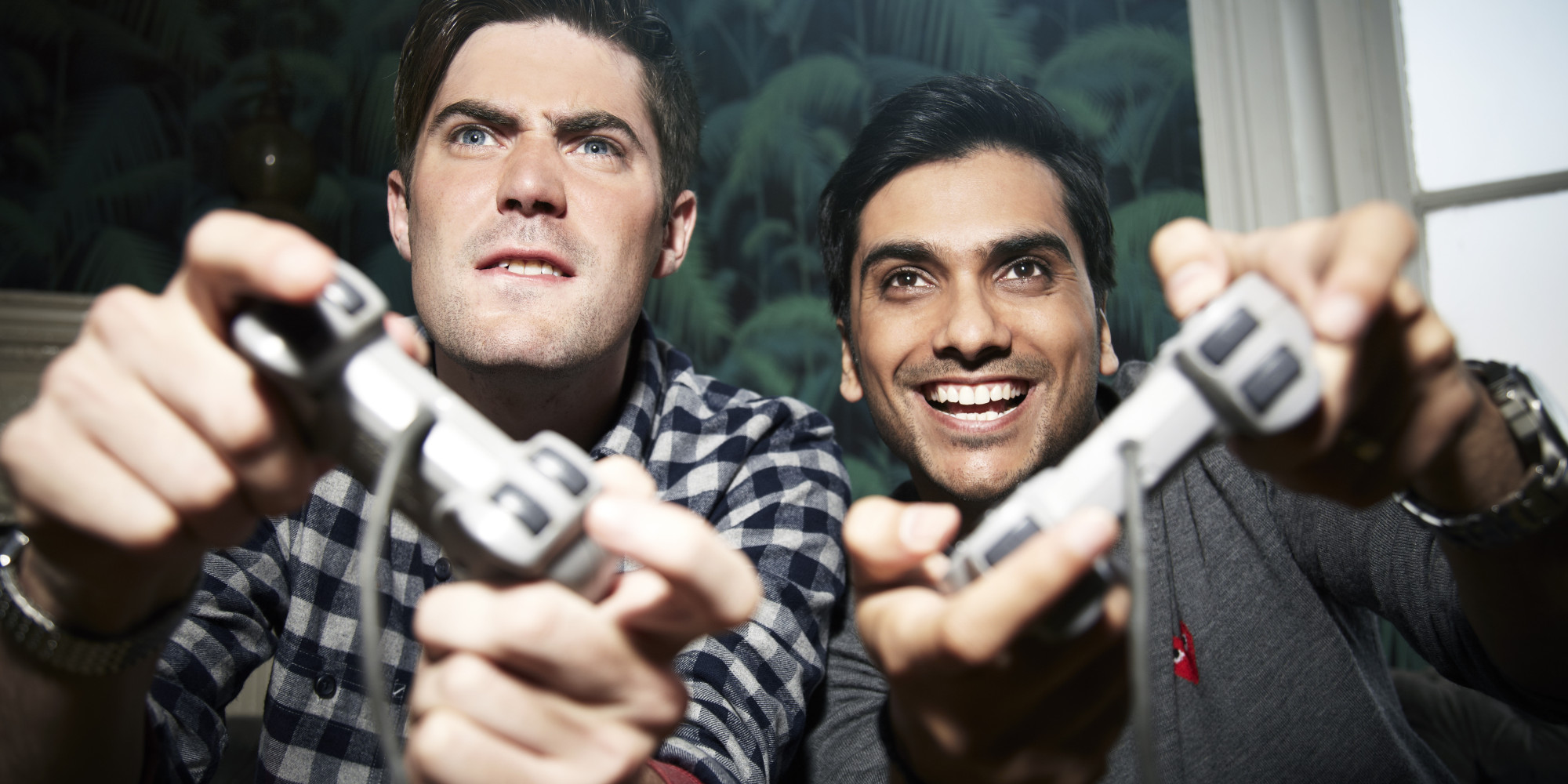 In an online game, the most fundamental part of creating a compelling experience is having as many players to fill the game universe as possible. A game that cannot keep a community is doomed to fail. As such, game developers often create additional content for their games that players can purchase in order to prolong the experience and retain users after the base game has already been fully explored.

If players stop progressing in the game, they will soon wither away and find other things to do. But if there's the possibility of new content in a game that a player already enjoys, they'll come back. This is one the reasons why players pay for additional content. They want to get access to new features and items, in order to maintain the sense of novelty of the experience.

In Star Citizen, this principle is key, considering that the game is currently in its Alpha stage; therefore, it is crucial that developers continue to add more content to it. They need to ensure that players remain interested in the project throughout its development and continue to put money in it, thus allowing to further refine the game.

The team behind this project have excelled in providing to players new features to be excited about, in order to receive more funding from them. Need proof? Check the image below.

If you must play, you won't play.

This sentence may seem like a fallacy, but it makes sense. Video games are meant to be enjoyable activities, but if players were forced to play a game, the sense of obligation would overshadow the fun of the experience. This same principle holds true for microtransactions.

It is important to let players feel free to choose whether they wish to purchase additional content or not. The mistake many games make is designing a system in which players must buy additional weapons or skills in order to progress in the experience or stand a chance during a PvP encounter. This leads to the sense that you must buy extra content, and that obligation will be detrimental to the experience of the user -- meaning they'll ultimately disengage with the game altogether.

Developers must always respect the free will of their consumers. If a game engages the community and players have an actual choice in whether they will buy more content, they most likely will -- because if the game is good enough, people will want to continue playing.

Star Citizen applies this model by allowing its audience access the available experience by purchasing packages that cost $45 dollars and provide either the single-player or the multiplayer experience. If they wish to play both modes of Star Citizen, they can do so with a $60 package -- which, despite being basic, still offers to its buyers the key elements of the experience that will enhance what they've already seen. The game does not impose that you need to buy the most expensive pack in order to succeed -- which makes it a lot easier for them to open their wallets without feeling forced to keep paying.

There only are 24 hours in a day, and life will often fill those hours with responsibilities, including education, family, and work. When people are busy with their daily routines, gaming frequently gets pushed to the sidelines, as they cannot dedicate as much time to their hobby as they wish.

Aware of this situation, developers offer items or packs that allows players to progress faster in the game, but without breaking its balance. This allows people to play who would otherwise be totally disengaged because they didn't have the time to dedicate to the game.

This is an area where Star Citizen shines, as it incentivizes its players to purchase additional ships in the game. Exploring the universe takes a long time, and most people do not have as much free time to do so as they wish they did. As such, given the possibility of buying a better ship in order to progress faster, players that would otherwise set the game aside can give it another chance.

People outside the gaming community may regard buying additional content for a video game as futile, but those individuals usually turn around and spend money on things like books or movie tickets. These activities do not pay you back in any concrete way, so why do people invest their hard-earned money in them? For the same reason gamers buy more game content -- it's fun.

When performing tasks, humans are driven by two different motivators: extrinsic and intrinsic. The former regards the external stimuli exerted upon a person, in order to incentivize him/her to do something. This may be a reward, such as material goods or a salary. The latter denotes the internal desire a person has to engage in a task. Voluntary work is perhaps the best example. People dedicate their time and effort to an activity that will not pay them back in a quantifiable way, but they do it anyway, because they care about the cause or about the people involved in it. And simply engaging in that activity is the reward itself.

Intrinsic motivation is the reason why we spend money on entertainment. Despite not getting an actual concrete reward for watching a film, reading a novel, or playing a video game, people still do all of that -- because the fun of the activity, in and of itself, is the reward. In gaming, players purchase extra items because they feel those will enhance the playing experience and maintain its sense of novelty.

This concept is perhaps the most appealing aspect of Star Citizen. We all have looked into the sky at night, wondering what lies beyond the stars. A curiousity that's fueled by sci-fi franchises, our desire to explore outer space speaks to us dearly.

With gameplay based on exploring the galaxy, Star Citizen promises to allow players to fulfill their wildest imaginings -- and as development continues and more features get added, players engaged in the experience will be more willing to invest more money in it.

Sure, they won't receive any actual reward or return for that investment. But the experience of exploring the galaxy like players have always dreamed is more than enough reward for the financial sacrifice.

This is the power of intrinsic motivation. 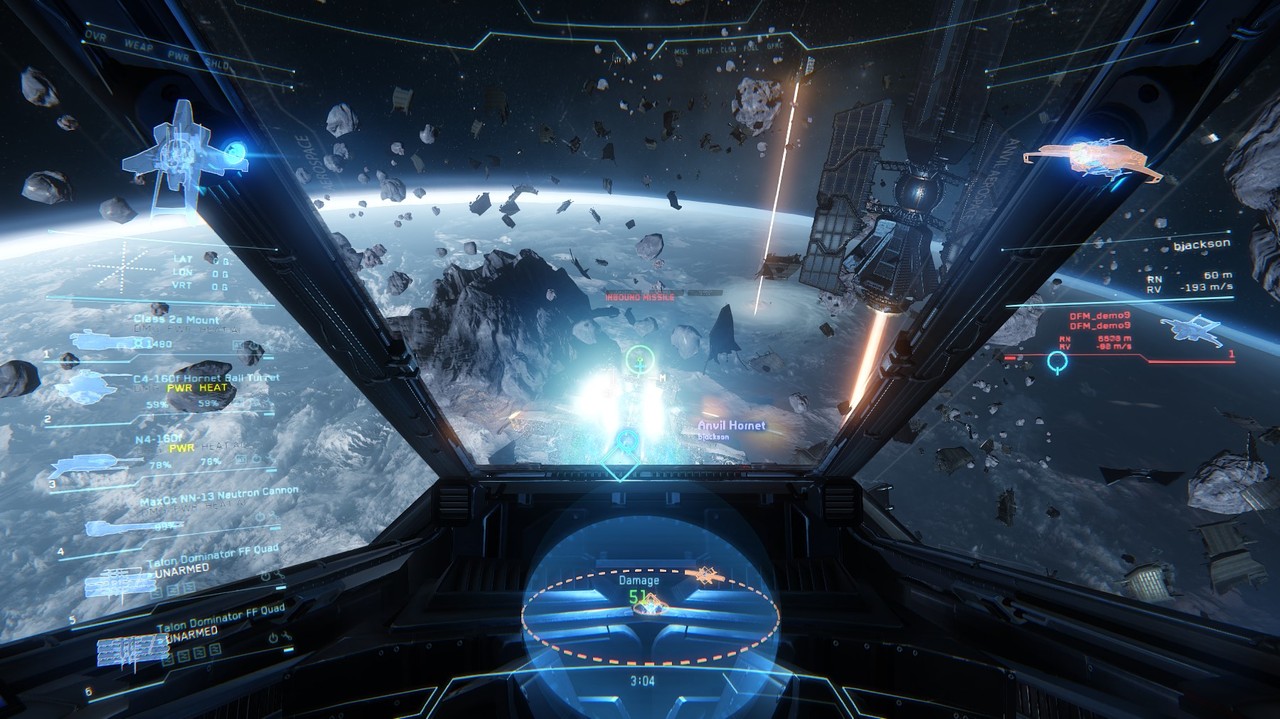 On November 6th, 2015, PC Gamer published an interview conducted with a man who is the perfect embodiment of intrinsic motivation applied in gaming. Chris (whose last name is not listed in the article) purchased the US $15,000 pack, not only once, but twice -- totaling $30,000 spent on the game.

According to Chris, his support of Star Citizen mostly lies in the fact that it promises to help him realize some of his wildest dreams. In his interview, he explains from where his fascination for space travel began.

“Well, we’re all of the era growing up with Star Wars, Star Trek, just the fantasy of not being stuck to this planet. Through growing up with all the different flavors of Star Trek, and Star Wars, Battlestar: Galactica, and Starship Troopers, and Firefly. All these science fiction movies and you just wish you could live that life.”

People can say what they want regarding the choices of this man, but he is just a fan trying to live his fantasy. In the end, is it not what we are all trying to accomplish by playing video games? This fan just so happens to have more money available than most people would.

There is also the sense of contributing to a greater purpose, as Chris says:

“I’ve helped create a project that I think is going to be game changing for the next decade”.

On Reddit, a user that goes by name of “YT-0” also endorses the idea. He did not buy the $15,000 pack, but he claims to have purchased several smaller packs that amount to approximately to the same figure. The reason? He wishes to see the project succeed, just as much as Chris does. He says on the thread:

"I want this game to succeed, and I want to be able to say I was a part of it. I love this genre and even if Star Citizen doesn't turn out to be exactly the game that I want, this is my way of helping to say that we're here and this is what we want and we are willing to pay for it.

I am a firm believer in voting with your wallet when it comes to games. I've thrown money at Star Citizen for the same reason I've refused to buy an EA game since being slapped in the face with Battlefield 3."

Apparently, it's the desire to fulfill a meaningful, lifelong fantasy of exploring the stars, and the sense of purpose that comes from helping to fund a project believed to hold great potential to change this industry for the better.

Star Citizen has a solid system that encourages players to invest their money. It allows them to live their fantasy, thus keeping intrinsic motivation high, whilst adding more content to the experience, maintaining its novelty. Players do not need to buy these ships or spend this much cash to have an enjoyable experience, but the way the experience is set up highly encourages further investment without making it feel like an obligation.

At the end of the day, Star Citizen simply has an exceptionally well-designed purchase system, even if some of the transactions are not quite "micro". It appeals to the same psychology and human impulses that microtransactions do, and the result is just what you see above -- avid fans sinking more and more money into the game on the sheer belief that it will deliver a proportionate experience.