Be magical with the power of books and knowledge.You never have to open your eyes.
by Andrea Koenig

There will always be a soft spot in my heart for the dear lumberjack Woodie of Don't Starve, but I mentioned Wickerbottom as the perfect match for him in multiplayer and felt the need to explain why.

Upon closer inspection (and likely to the joy of my friend who favors her), I have found that Wickerbottom is an incredibly powerful character, especially early on. Her knowledge is so incomparable that she doesn't even need a science machine. 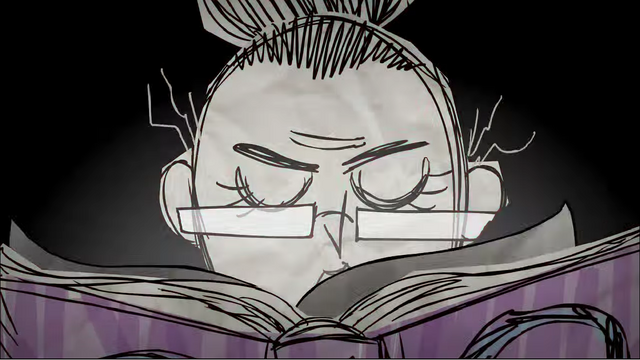 The librarian works best as a challenge to the lesser established Don't Starve gamer. You need knowledge about her to properly wield hers, as it works as a special power that can get a tad crazy if you start crafting with curiosity.

Utilize her skills, and it makes the challenges that she can't sleep and only eats fresh food a small obstacle compared to other aspects of survival.

Wickerbottom gets a tab for her super cool magical books. Craft them with Papyrus, a bit of which you receive at the start. Each book she reads causes a drop in sanity, but with sanity items on hand before you read, you'll be good to go. 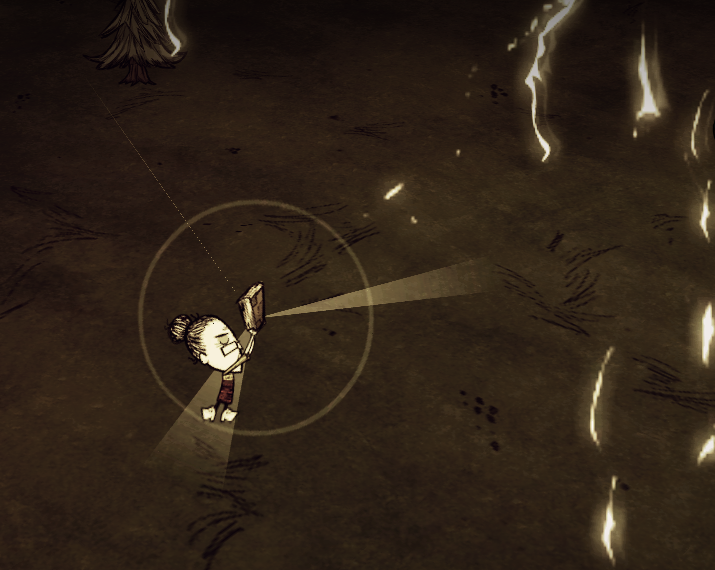 One thing that should be mentioned is Sleepytime Stories can easily be avoided if you find yourself able to find and/or craft Pan's Flute. It does the same thing with -10% of durability per use.

As mentioned before, Wickerbottom doesn't need a science machine and from the start of the game can craft items that other characters can't. This is fabulous.

The best things to come out of this ability are the backpack and the spear. You automatically have access to a weapon and a way to expand your inventory. When you're trying to collect resources for winter or building a settlement, this is incredibly helpful. 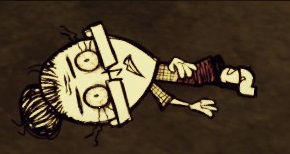 Wickerbottom suffers from the inability to sleep, so don't even try building those items. A pretty head garland while gazing into the fire is as good as it gets, as sleeping items like tents and lean-tos are unusable.

Be sure to settle in a forest biome for the sake of being surrounded in an area that will spawn flowers for you. Use the flowers for sanity items and health restoration for early in-game to make up for the creepiness of night.

When you get the hang of everything later on, make sure you level up your gear so you can keep your sanity and health in check more efficiently.

Based on her character card, Wickerbottom is an elderly little lady and as such has a horrible constitution or something. Her sensitive old stomach can only eat fresh foods.

This isn't too big of an issue if everything is in good weather. You simply collect the seeds and berries, farm your food if you've settled, and your food is available so long as you eat it soon and don't stock too much

Winter is the big problem. 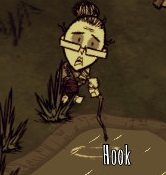 During winter, seeds are harder to come by and berry bushes tend to not grow back. Other characters stock pile their food, keep it for a while, and cook it up either with a fire or a crock pot and they're good to go.

Wickerbottom doesn't get to enjoy this luxury. You're going to want to stock up on resource supplies for weapons and defensive items. Day 1 and 2 of winter is for the leftover berries, but the rest is about the hunt.

Apart from the ability to age plants and farms for a supply to arrive faster by the time winter arrives, it's not too bad. As long as you can make several weapons and a bunch of armor, winter will be your friend for food.

Also, penguins become another food source with both their bodies and their eggs.

She's a well-balanced character in terms of advantages and disadvantages. However, if you're not lucky during your usual gameplay with keeping your characters sane, then you may need to weigh the risks. That's why she's a challenge.

That's not to say beginners can't handle her. At a beginner level, I wasn't even beginning to think about sleeping because I was too busy trying to not starve or die by enemy mobs.

Her sanity is on the higher side, so as long as her magic is used sparingly as a rare "ultimate" attack, then you're better off. Even if you don't decide to play it safe, she's a character with some major perks:

She blinds you with science

Everyone likes early access. Whether it's for a game expansion, an early movie release, or birthday presents. Get it early, and everything in the world is at peace.

While I highlighted the spear and backpack, here are a few other highlights to not needing a science machine:

The best perk of all is probably just never needing to craft the science machine to begin with. Many times players scout out the whole map for the best place to settle a permanent residence to put down a science machine and expand.

With Wickerbottom, there's no need. Make residencies everywhere. Have a summer home and a winter home and then a casual autumn villa. Live the librarian life in classy insanity-driven style.

One step closer to experiencing Hogwarts with your magical books and special attack powers. With access to alchemy you can expand your magic and advance faster than other characters.

You can be more than a librarian. You can be a mage. 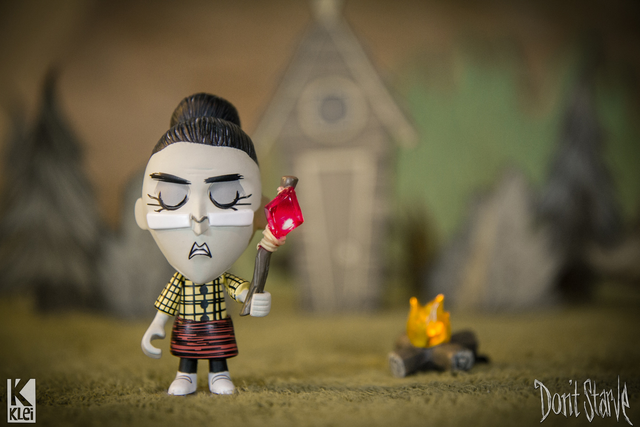 So magical her collectible figure comes with a magic staff.

There's not too much to say in terms of how great her perks are just because there are so many endless possibilities. She really helps to make the entire survival experience your own.

She's a great asset to a multiplayer game and an incredible single-player adventurer.

Wickerbottom not doing it for you? Drop your favorite Don't Starve character in the comments.