The Journal of an Ex-Tournament Gamer

I was introduced to video games at a young age by my mother, hoping to socialize her curious bookworm of a son. I wasn't terrible at them, but I wasn't very good either. Then one day I somehow got a "Wonderful!" picture of Eevee in Pokémon Snap, and I don't know how it happened, but something snapped, alright.

The cuteness that stripped me of my innocence.

Suddenly my value as a player was apparent to me. Wonderful wasn't going to cut it. The worst part was that all I had was book smarts. I was pretty good at math back then, so I knew exactly how many pellets Ms. Pac-Man needed to devour in order for me to get the new high score. It really was that scary. I never did get there, mostly because I sucked and Sue, the orange ghost, knew it.

Instead, I committed myself to my archnemesis and first love: Soul Blade. 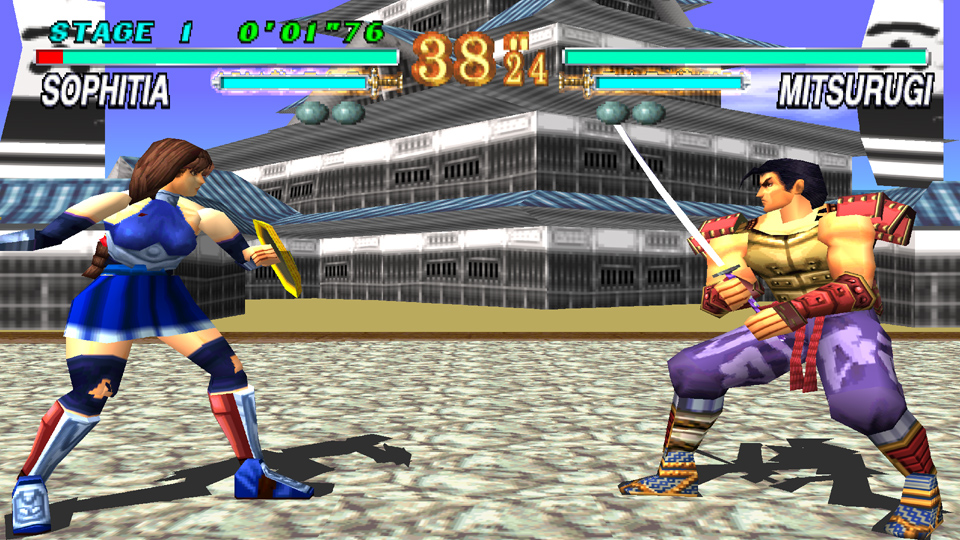 This is what mother-son bonding looks like in some of my earliest memories.

Years later I found myself seated in Bullet Proof Comics as a junior high schooler competing for cash in a Super Smash Bros. Melee tournament. I was well-practiced, because it was one of the few games my few friends would still play with me. Soul Calibur III was apparently torture for my friends, but, to be fair, I did know how to sneakily 3-shot most of them with Ivy. I'd do it every now and then, just for kicks.

Despite my awkwardness I did attempt to befriend the other competitors, but it didn't go as I'd hoped. Many of them didn't take well to my being polite if they suspected I'd be a threat and, as the Eevee curse held strong, I had no intentions of being anything less. I didn't walk out of there a champion that day, nor did I leave empty-handed, but I wasn't satisfied with what I did have.

Respect, yes; friends, no. It didn't even matter that I didn't win. I felt alone.

Fast forward to high school, around the time when I learned about online player versus player gaming. Most of my friends played shooters at the time, something I've always been and will, most likely, always be awful at. Despite this, they insisted on me trying, and that's when the flames began.

Cuss words spewed like bullets from other players, mostly at me for being bad, and mostly from my teammates. It was so ridiculous I could barely stop laughing. Not only that, but I doubted they'd say any of that to my face if they could. That's when I realized anonymity didn't scare me, but the limelight did.

My guilty pleasure: the Evolution Championship Series. Fighters only.

Many, many years and tournaments have passed since my first attempt, and I kept competing at small venues up until I started college. I can happily say that competitive gaming has come a long way since then. Though toxicity exists in every gaming community, some pro players are known not just for their skillful gameplay, but their sportsmanship as well.

That's the way it should be, with the violence in these games being more than enough of an outlet for our negative energies, leaving us with nothing but love for our rivals. At least, that's the way I want it to be.

As for me, I'm somewhat comfortably retired from the competitive scene, though I do still get the itch to 4-stock someone every year when EVO rolls around. Then again, isn't that what friends are for?