Game writers need to stop trivializing sexual violence for the sake of a "mature" story.
by Lauren Puga

I wouldn’t say I was shocked when I first learned that Metal Gear Solid V: Ground Zeroes would contain a scene of graphic sexual violence, but I did raise an eyebrow. The Metal Gear Solid franchise is no stranger to depicting violence - usually in over the top and unrealistic ways - but portraying sexual assault, even just through audio, seemed to be crossing a line.

Earlier today I learned that yet another highly anticipated game would include sexual violence. Ubisoft’s upcoming title Watch Dogs deals with human trafficking and in one scene, a female character is pulled into a room where she is violently assaulted. 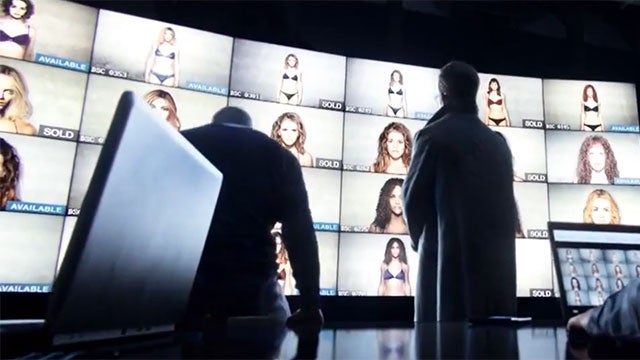 More and more game writers seem to be relying on sexual violence as a narrative tool. They use it for character backstories, to move the plot along, as justification for revenge and sometimes simply as shock value. Rarely is it ever treated with the seriousness and gravity it deserves.

This isn’t a problem exclusive to video games – we see it television and film all the time. But when the gaming industry is already facing harsh criticisms about its inclusion and portrayal of women, why are we continuing to depict them in such violent situations? And better yet, why are we trivializing and exploiting such serious subject matter?

It’s not like there’s a demand for this kind of violence – if anything gamers are rejecting it. Remember the outrage Crystal Dynamics’ Ron Rosenberg sparked when he spoke about Lara Croft’s near rape in the Tomb Raider reboot? Hotline Miami 2 faced similar backlash when an implied sexual assault was included in the game’s demo.

I don’t buy the excuse that these plot points are essential to the game. In Lara Croft’s case, Rosenberg seemed to imply that an attempted rape was the only justification for her sudden strength. Watch Dogs was, for all intents and purposes, finished before its rape scene was added – suggesting that it’s inclusion isn’t necessary.

I’m not saying that we should never allow sexual violence to be addressed in games – but it should serve a purpose much greater than just driving the plot forward. One in three women will experience some form of sexual violence in their lifetime and trivializing these experiences to make a game more mature or edgy is, frankly, insensitive and selfish.