What You Should Do With Your PS Vita

If you own a Vita and have played the exclusives, there's only one thing left for you to do with your Vita.
by Farrel Nobel

Ahh yes, the PlayStation Vita. So much hope, so much hype, and as expected, it doesn't match up to consumer expectations. (Those expectations weren't even really high, mind you.)

The Vita debuted back in 2012 with big ambitions. Launch titles like Uncharted: Golden Abyss and Killzone were supposed to be the cannonball dive that Sony needed to jump back into handheld market. Sadly, although these were very good games for the PS Vita (amongst other notables like Gravity Rush and Tearaway), this cannonball dive turns out to be just a tiny splash on Nintendo's radar.

The 3DS is the main competitor for Sony's handheld system, and the odds are heavily against them. The 3DS has amounted a vast catalogue of games, and not just Mario & Luigi ones either. There was Bravely Default, Fire Emblem: Awakening and the classic Mario Kart 7. Sony's handheld tried to put up a fight with some great titles like Uncharted and Persona 4. But sadly, I just don't think it's enough.

I'm not writing this to take a cheap shot at Vita owners and tell them their product is a failure. I myself have owned and played the Vita quite a lot, and finished their good games within a few months. Sadly, after the wave of good Vita exclusives passed, there wasn't much else for the handheld. Most of the JRPGs are all in Japanese, and the PlayStation Plus service didn't really crank out any worthwhile games for the Vita either. 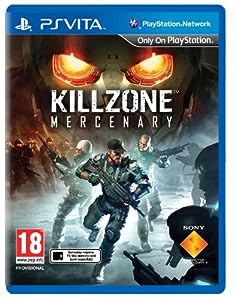 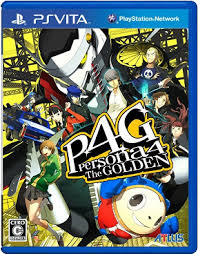 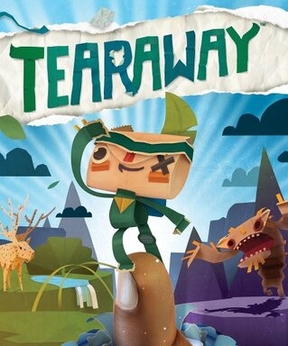 Hell, the new Tales of Hearts R is just a (pretty good) remaster/remake of the DS version of the same game.

I really wanted to like the Vita, I really did. I was hyped up to play the games it had to offer. And honestly, I had a good time with them. I'm sure that I made the Vita's asking price worth it with the (unfortunately limited) number of games that made Vita stand out. And if anyone is thinking about getting one, I would recommend it to them only if they want to play the exclusive games. Frankly, all their other games, especially the indie titles, are all just ports from another platform (mostly PC and mobile). Perhaps if there were more Vita-only games, the system would be more successful.

So what should you do with it?

The answer for me was simple. Trade the Vita for a 3DS.

There just weren't enough original Vita games to keep me invested. If you've played Vita games like Persona 4, Final Fantasy X/X-2, Uncharted, Tearaway, Gravity Rush, (which is coming to the PS4, another blow to the Vita) Dragon's Crown and Borderlands 2, then you've experienced the best that the Vita has to offer. Everything else is just indie games that you could probably play on your PS4, or PC.

I know it sounds like I'm hating on Sony's handheld, but I'm just trying to help gamers make good decisions for their entertainment.

I'm sorry (but not sorry) to all the Vita owners who disagree with me, and if you believe the Vita's an awesome handheld with plenty of great games to come, then good for you. But I'm betting I'm not the only one who has bought the PS Vita and is disappointed with the lack of content compared to the 3DS. I just had the sense to recognize when I've made a bad purchase and need to make a change. I hope all you gamers can too.