The Legend of Zelda: Majora's Mask and the Five Stages of Grief

The five main sections of Majora's Mask line up well with the five stages of grief.
by J Nicole Miller

In previous articles, I have discussed both the basics of Majora’s Mask and my first experiences with the game. I talk a lot about this game because it has so many different (and incredible) concepts. It’s such an amazing game, and I completely adore it. One article I wrote touched on the idea that the five main sections of the game’s world actually represent the five stages of grief.

This is not a new theory. In fact, it’s been around for years. One incredible writer for Zelda Informer, Nathanial Rumphol-Janc, wrote an article on the idea and went into an incredible level of detail explaining how the various areas line up with the stages of grief.

Clock Town is the main area of the game. It’s where you spend the most time and where you’re always deposited when you loop back in time. It’s also the section of the game that represents the first stage of grief: denial.

The citizens of Clock Town refuse to believe that the moon will actually fall and crush their town. They simply brush off the possibility, despite the moon getting closer by the day. Eventually, however, they are forced to acknowledge the truth and end up fleeing.

Woodfall is home to the first temple of the game. It symbolizes anger, the second stage of grief. 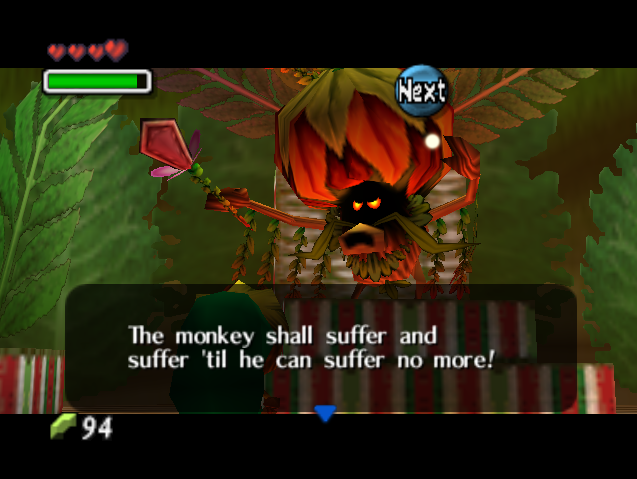 The Deku King is not a happy camper. He is angry that his daughter has gone missing, and he believes that the Monkey is at fault. Instead of listening to the Monkey’s story or spending his time looking for his daughter, he allows his anger to control him.

Snowhead is representative of the third stage of grief: bargaining. 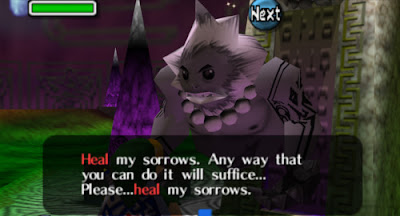 Darmani’s ghost begs to be brought back to life. He desperately wants to live, and he wants magic to reverse his death.

Depression, the fourth stage of grief, is represented by the Great Bay.

Lulu has isolated herself after the loss of her eggs. Her misery leaves her completely despondent until Link (as Mikau/Zora Link) plays her the New Wave Bossa Nova song.

Ikana Valley is a symbol of acceptance, the final stage of grief. 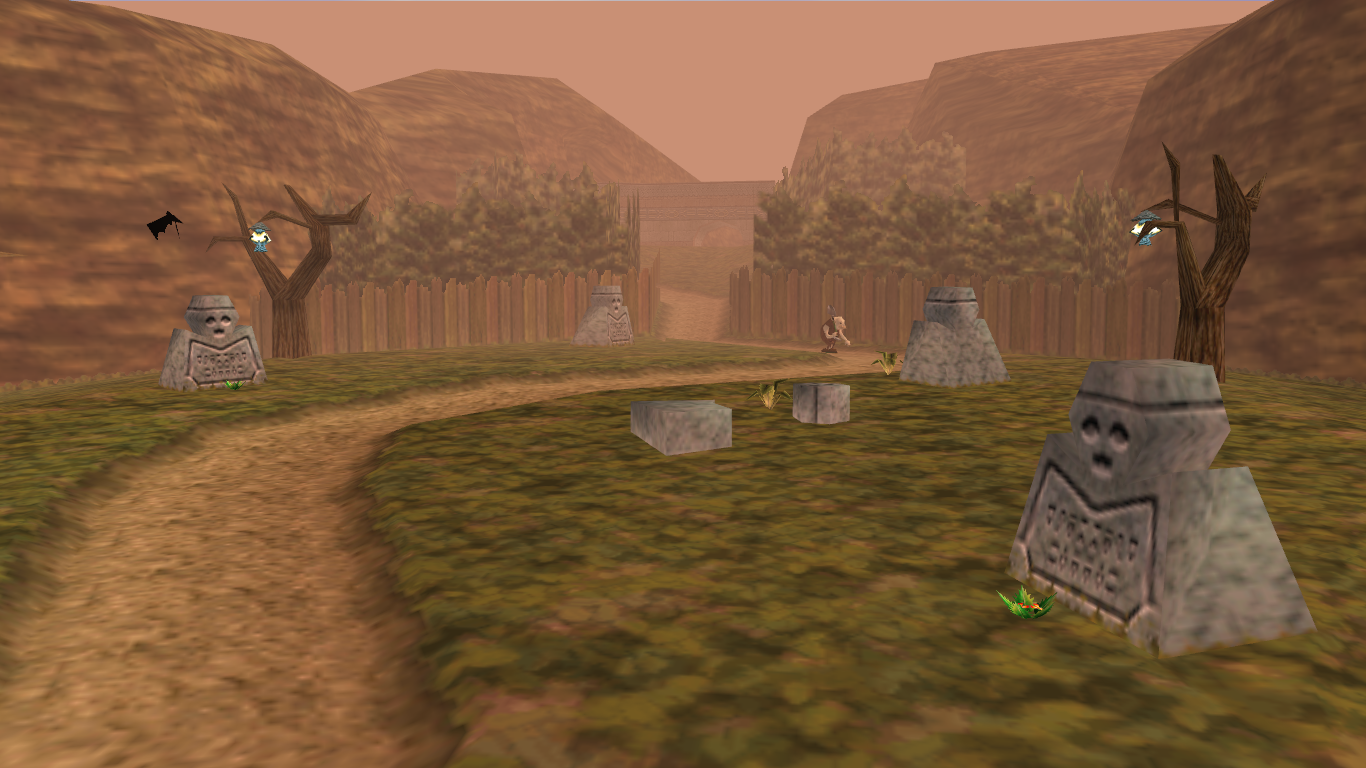 It is quite literally the land of death. The Light Arrows that Link uses to combat Garo’s darkness in the boss battle further symbolize the overcoming of the depths of depression and moving on.

Majora’s Mask is already often considered to be the darkest of all the Zelda games. This examination of it, however, that shows the progression of grief really just seals the deal on that title. It’s certainly an interesting way of analyzing the game, and I haven’t been able to look at Majora’s Mask the same since I first read about this theory.