This is what I've been doing with my time since my brain is all blocked up.
by Max Jay

Here I am - sitting in front of my screen staring blankly at was just moments ago a completely blank page. The stupid little cursor is endlessly winking at me, as if you say, "hey man, you have literally nothing to say right now."

The problem is I really don't. Uh oh.

Writer's block is a pain. Unfortunately it's something all wordsmiths deal with at one point or another, and it is currently my time. Usually I'm never at a loss for words, much to the chagrin of my family and friends - who then need to tell me to shut my mouth. But lately, instead of text flowing from my fingertips at the keyboard, I've just been met with the blank stare of a new document.

It's a really uncomfortable feeling, and as a result I've been procrastinating like a true pro. So here's my favorite things to do while trying (and failing) to write.

This is typically my first step in the self-hating process of my writer's block. I pop open a new file - which would usual cause me to regurgitate nonsense on to a page for several minutes, only to be edited into something readable later. However, the blank is all I can muster right now. 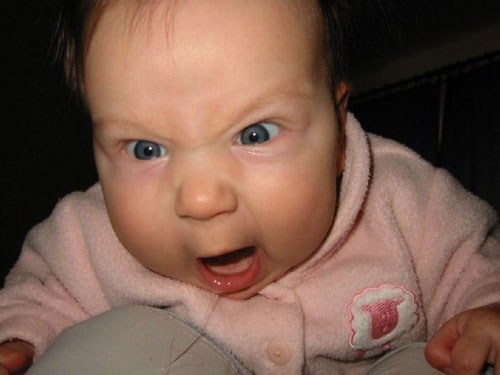 #4 Get Frustrated and Watch TV

I consider myself one of the lucky few that can get more work done while watching TV than in complete silence. Silence weirds me out, guys. It's just too silent - you know what I mean?

So I'll pull Netflix or Hulu up on my TV and pick some mindless show to play in the background. Lately my go-to has been The League, not that it really matters (shout out to The League). On most days this will weirdly distract me into a stream of consciousness and a writing flurry; sometimes resulting in some of my favorite work.

But for the past week I've just been watching The League on repeat.

Don't get me wrong: It's a great show. Every episode is funny every time, even though I legitimately hate sports. However, using it as a tool is useless if I still can't write anything. It is the worst.

**Written by someone with writer's block: Fact.**

#3 Make an Excuse to Drive Somewhere

I usually like driving. It kind of clears my head while simultaneously giving me the time to listen to my beloved podcasts.

The problem in this situation being that I don't really have anywhere to go. So maybe I'll drive to my mom's to see my dog or steal some food or do some free laundry (thanks mom). But what I really should be doing is painting word pictures (which is sometimes what I call writing in my head to make it sound fancier).

**The proven enemy to productivity.**

#2 Go Down the Rabbit Hole that is the Internet

We've all been here. It starts innocently enough. You'll say, "I wonder what the most powerful monster in game X is." You'll mosey on over to Wikipedia for a simple answer and all of a sudden you'll be so deep into GIFs making fun of sad people or memes about Jack Trenton that it's too late to turn back. It's a sorry fate, for sure, but one of which we are all guilty.

Just stay away from that Facebook vortex folks: It's a truly terrifying place to end up.

**I've done so many amazing things in the pas two weeks (in Persona).**

We all love games - that's why were here in the first place. The major caveat of that is that we are easily distracted and sucked in.

The big lie of video games is that you feel as though you're accomplishing something, when in reality you are literally accomplishing nothing at all. It is a completely justifiable time vortex that I love and will participate in for the rest of my life.

Sometimes, though, you'll discover a perfect storm. My perfect storm in this instance is the fact that I discovered the joys of Persona 4: Golden just as my writers block was setting in. Over the past 2 weeks, I've dumped in close to 100 hours on that game, and I have yet to complete my first play-through.

Needless to say: Persona is not helping me cure my block, but I'm having a hell of a good time playing the game.

Hopefully within the next few days my block will begin to lift, like the frustration of some poor constipated person who has also been blocked up for weeks (pardon the joke: I just said what we were thinking).

What do you guys and gals do when you have a block of some sort in your life? Do you perhaps binge on french fries, or maybe run a mile or two (show off)? Sound off in the comments down below and maybe we can get together and have miserable blocks of creativity on a regular basis together!