Dragon Ball fans will be getting a lot of new content for both the recently released Dagon Ball FighterZ and 2016's Xenoverse 2. Recently confirmed in this month's issue of V-Jump, Both titles will be releasing new characters for each game. For FighterZ, Broly the Legendary Super Saiyan and Bardock will be added into the game's roster and Xenoverse 2 will be adding Jiren and Ultra Instinct Goku. 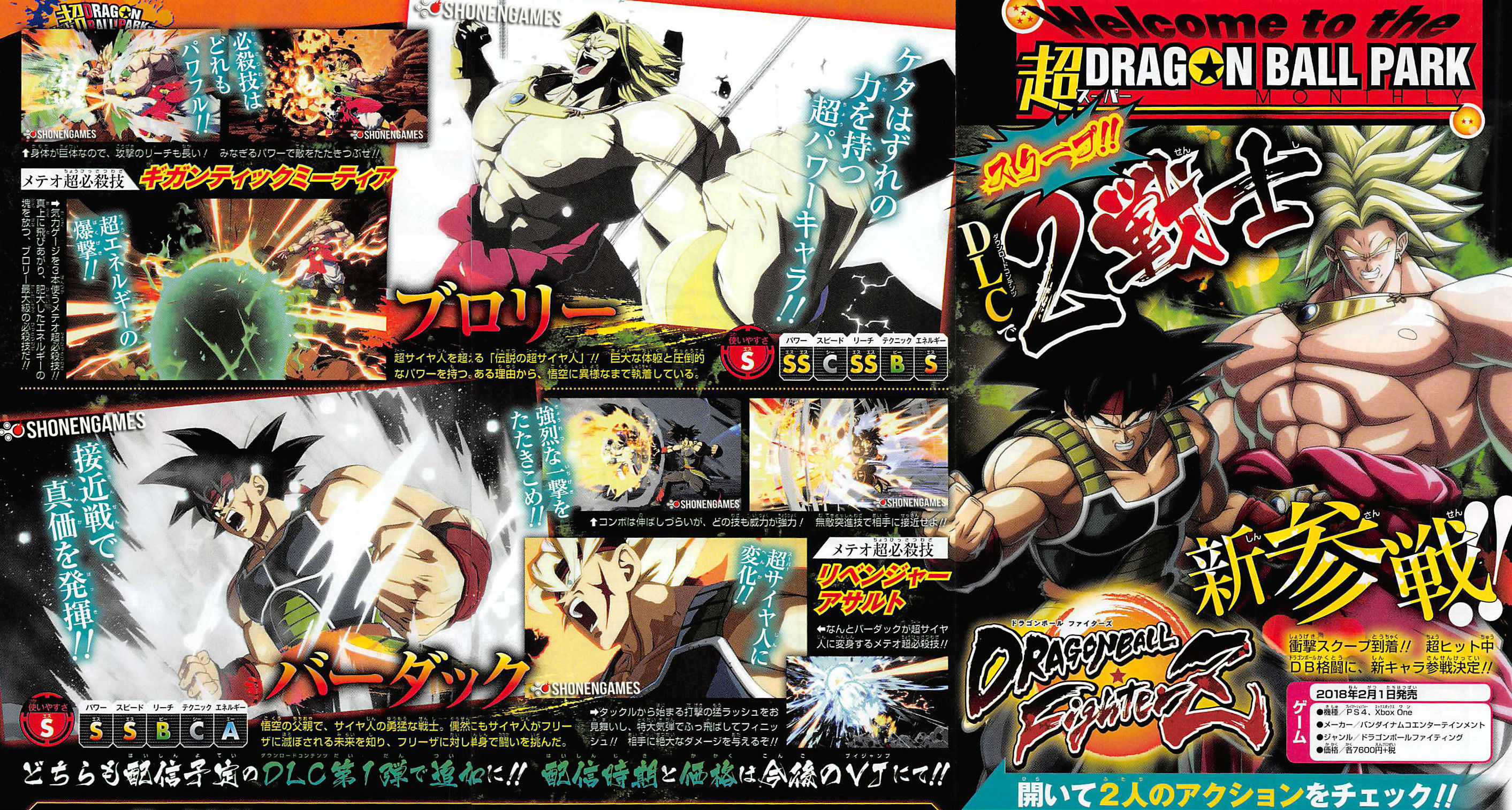 As seen above, Broly will be able to use a lot of his trademarked abilities, including his "Gigantic Meteor" as a level 3 special move, while Bardock can use his "Revenger Assault" which has him turning into a Super Saiyan and attacking his foes, like he did in the Episode of Bardock special. 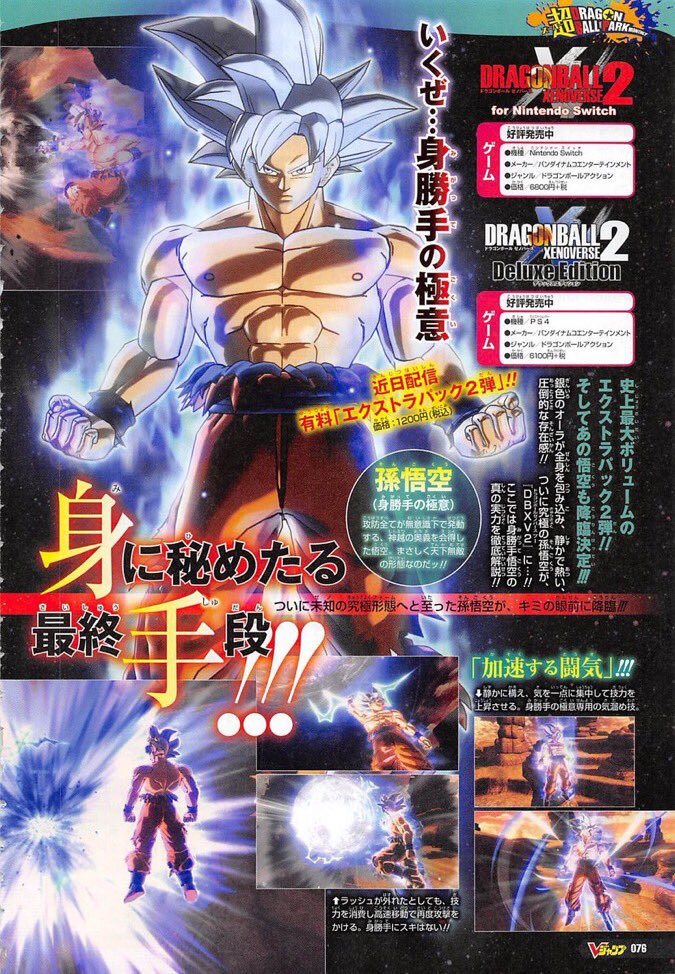 Meanwhile, Xenoverse 2 will be getting both Jiren, the main antagonist from Dragon Ball Super's final storyline, the Universe Survival Saga, as well Goku's "perfected" Ultra Instinct, which has yet to be introduced in Dragon Ball Super, but will most likely be in it's final episodes. This version see's Goku with Silver Hair and, In Xenoverse 2, has "Accelerated Battle Aura" which charges his ki and allows him to perform another attack even if his rush attack misses.

Their's no word on a release date or price for either bit's of DLC.