Owlcat Games has a Kickstarter for Pathfinder: Kingmaker!

Owlcat Games currently has a Kickstarter campaign up for Pathfinder: Kingmaker, an open-world RPG adaptation of perhaps the most popular and acclaimed of the Pathfinder tabletop RPG's adventure paths.

According to the game's Kickstarter page, players will embark on an adventure that include wars over land, kingdom building, and dangerous from both outside and inside your castle walls:

"In the north lies the Stolen Lands, a region that has been contested territory for centuries. Hundreds of kingdoms have risen and fallen in these lands, and now it is time for you to make your mark—by building your own kingdom! To do so, you’ll need to survive the harsh wilderness and the threat of rival nations… as well as threats within your own court."

The Kingmaker adventure path is a pre-written series of adventures for a Pathfinder party to experience. While some groups prefer to make up their own adventure, these 'adventure paths' are fully capable stories that take you through a huge amount of character progression, giving you wild plots and sometimes interesting mechanics. Kingmaker's claim to fame was letting the party of adventurers soon become rulers while still going on adventures dedicated to the protection and expansion of their people.

Perhaps one of the most exciting things about this project is that prolfic game designer Chris Avellone is working on it as a quest writer. Given his recent touches to the stories and characters of titles like Torment: Tides of Numenera and Pillars of Eternity, lots of fans are excited to see what he's able to bring to this new Pathfinder adventure.

Speaking of characters, the Kickstarter page for Pathfinder: Kingmaker mentions numerous companions. It's unclear where these will be stat blocks with minimal background story, or if they're going to get the quasi-BioWare treatment so they're fleshed out with reactions to the world and personal stories to tell. Since this will be a single-player only game -- and there are no plans for that to change -- many fans are hoping that it will be the latter.

Owlcat Games has promised that fans of Pathfinder and Dungeons and Dragons will see many of the mechanics that are central to those pen-and-paper RPG experiences. The developer wants to provide a considerable amount of mechanical variety in how players can build their characters. Fans of old-school RPGs like Baldur's Gate and Divinity: Original Sin should feel right at home in those mechanics, as well. 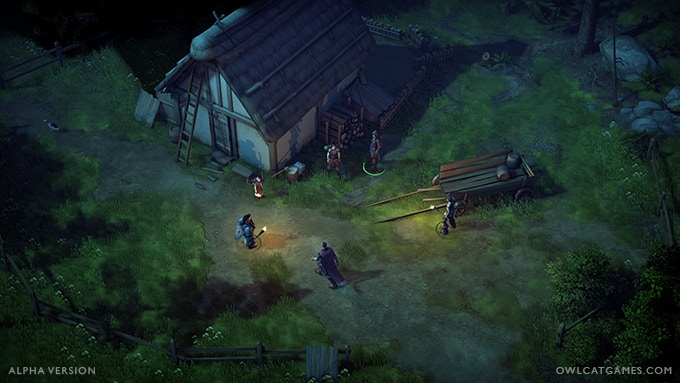 The Kickstarter is still in progress, and is coming very close to achieving its' funding. The campaign official ends on July 11. So if you want to back the project, you'll need to do it in the next few weeks.

If you're interested in other Pathfinder projects, then keep in mind that the RPG is getting a sci-fi spinoff called Starfinder as well.

Stay tuned to GameSkinny for more information about this campaign as it comes closer to its end and enters a full development phase!