Splix.io and Driftin.io - Two .io games to keep an eye on

There are more .io games than the big three and these two are on the way up.
by Tobbpitt

There are a slew of .io games floating around, am I right? With the popularity of the big three (Agar.io, Slither.io, and Diep.io) it seems every small developer is hopping on the .io game train.

It may be hard to pin down the best newer .io games when there are so many, but it's definitely possible to tell which are growing the fastest or have the brightest future. And right now those are Splix.io and Driftin.io.

Most games of this "genre" are in fact clones of the more popular options like Diep.io and Slither.io. There are not a whole lot of original options, but they do exist. The aforementioned Splix.io and Driftin.io are just two of the many original .io games out there, but these two stand out on their own merits for doing their own amazingly fun things.

This one is still very much in active development and is relatively new. You won't see jam-packed servers just yet, but they're more populated by the day and you'll most often be put directly in servers with other active, competitive players.

In Driftin.io your goal is to make 20 laps around the rectangle-shaped course before the other players. That sounds easy enough, but the game's class choices and hyper-aggressive players make reaching even 10 laps quite the task. Hazard players make life suffering. 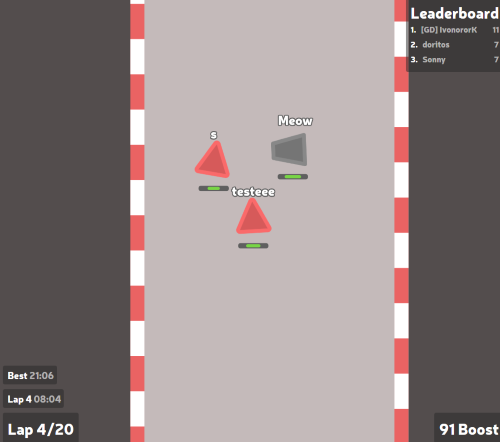 The game has a total of seven classes and two game modes to choose from at the time of writing, which gives you a few ways to play. It also allows for party play, as a racing game should. Just be aware that, much like the early days of Diep.io, the game is changing at a rapid pace and may see massive changes over the coming weeks and months.

Driftin.io gets a spotlight here now only because it's a real taste of cut-throat racing fun, but also because developer Sidney de Vries is hard at work adjusting and adding to the game based on player feedback. Give it a shot, you may just get addicted to the taste of your opponents' salt mines.

This is one game that sort of came out of nowhere for me and has absolutely become one of my main timewaster games. It's slower-paced than Driftin.io -- and despite its benign looks, it's just as cutthroat, if not more so.

In Splix.io your goal is to color as much of the map as possible with your color, which you do by surrounding a mass of blocks with your body and then reconnecting with blocks you've already colored in. This sounds mundane but you are in competition with about 99 other people per server, and you need to take whoever you can out to protect your colored block territory. 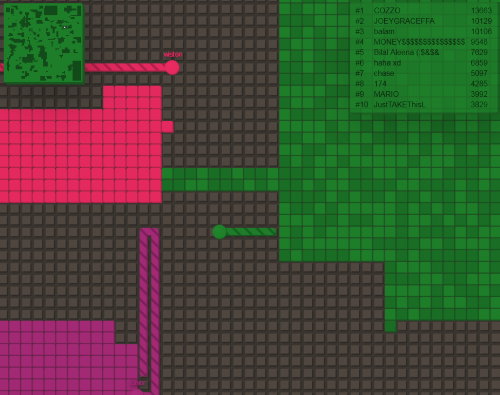 This is a game of territory claim and protection. You must expand while trying to protect your territory from other players, who are often just a thirsty to get you away from their blocks as you are with yours. This makes for a number of close-quarters color-blending and playing chicken, since as your territory gets larger so does your need to protect what you have.

This .io game probably gets me more angry than any other. I mean, who likes spreading their territory in a game only to have it taken away by other players arbitrarily? A big part of Splix.io is playing it cool and that is really hard to do.

Both of these .io games are hot on the scene and are steadily growing. They're currently only available via browser for the time being but it's hard to imagine them staying browser-only when the big audience (and money) is in mobile. For now enjoy these games in their infancy and marvel at the creativity of their hard working developers -- would you really expect there to be these types of PvP games? Me neither, and what's exactly why these games are special.