Is Anita Sarkessian right about Assassin's Creed: Syndicate? Is it progressive or just lip service?

'AC Syndicate' is Ubisoft's attempt to make up for the disastrous release of 'Unity,' and female fans are high on the developer's list of people to please. But, how do the women of 'Syndicate' measure up under scrutiny?
by Justin Andress

With the release of Assassin’s Creed Syndicate comes Ubisoft’s first attempt to weave a playable, female protagonist into one of its AAA console releases. The welcome addition to the gameplay was hardly surprising after Ubisoft endured some controversy before to the release of the series’ previous entry, Assassin’s Creed Unity, when it was discovered that the game would feature no female protagonists. The gaming publisher made no friends when Unity’s creative director Alex Amancio claimed the choice boiled down to a lack of available resources.

Of course, the scandal was largely forgotten once Unity’s bug-riddled release became a horror story in the industry. One year later, though, Ubisoft’s flagship series is back and vying for redemption on all fronts, not least among them is a clear attempt to win back the love of its female fans. Is the industry titan up to the task?

HEY! If you have not played the entire story of Assassin’s Creed Syndicate, you might think about not reading, because there will be some minor spoilers … at this point, though, you most likely know that the game’s plot is both nonsensical and weak, so what’s the harm in learning about a story that would ultimately be unfulfilling anyway, right? 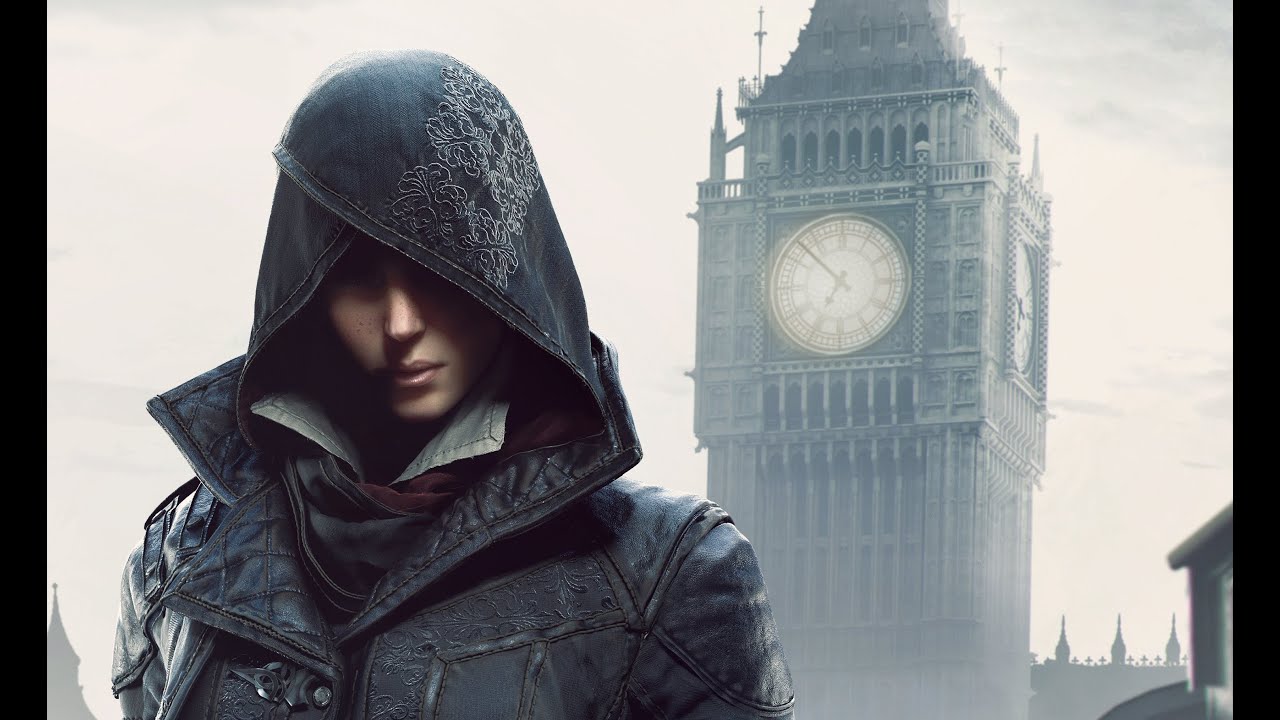 The presence of a woman sharing the spotlight in one of gaming’s biggest series was a magnet for critique from voices across the industry. Gaming’s self-appointed crusader, Anita Sarkeesian, posted a review of Syndicate on her site, feministfrequency.com, and (perhaps surprisingly) praised the game, especially its portrayal of the game’s female lead, Evie Frye, saying:

“Evie is not objectified, she is not sexualized, and she is not created exclusively for the sexual arousal of a presumed straight male audience. She’s dressed appropriately, her fighting moves are not sexualized, and her combat grunts are forceful and fierce, instead of sounding like she is in the throes of ecstasy.”

While Sarkeesian conceded that Evie’s position in the plot is diminished by the time the credits roll, she ultimately seemed pleased with the game’s portrayal of its female and minority characters.

Sarkeesian’s appraisal of the game may be overly kind, however. Let’s start with Evie, the better half of the Frye duo. She’s intelligent, capable and totally kick ass. Also, as Sarkeesian pointed out, her grunts and shouts mid-combat are an incredibly cool detail. Meanwhile, her twin brother Jacob is a brash rogue who’s attempts to conquer the city inevitably make London a worse place to live.

This overt attempt to make Evie more responsible than her brother, however, ultimately comes off as thin praise designed to take the edge off the feminist critiques. Even the male characters’ treatment of Evie seems designed to remind audiences that Ubisoft is treating a woman like an equal. Seemingly every male character, when introduced to her, makes a comment along the lines of, “What a remarkable lady who is utterly equal to me in every way.”

Sarkeesian’s further critique, that Evie’s role is diminished as the plot moves along, is absolutely spot on.

It’s possible to suggest that Jacob’s front and center placement in the game’s final acts is a necessary result of the differing character of the twins. Evie is prone to following up stories that other consider flights of fancy; Jacob is given to grasping at more tangible goals, like wealth and territory. So, it’s more understandable that Jacob would incur the wrath of more people, while Evie, mostly alone in her scholarly pursuits, would only run afoul of those few like-minded souls who believed in her mythological pursuits.

Yet, throughout the first half of the game, Evie is constantly around to mop up after her brother’s mistakes. In the latter half of the game, she isn’t even afforded that much responsibility. It’s as though the developers devoted a little time in the beginning of their narrative to quiet the critics before moving on to the plot points that actually mattered.

If you need proof of that, just check out the box art, where Evie is afforded all the physical importance of an NPC with no lines:

And the Minor Characters?

This one thing can be said for Assassin’s Creed Syndicate. Its representation of female characters is leagues ahead of other games in the series, if only because women are everywhere.

It succeeds in much the same way as Mad Max: Fury Road did this summer in that it provides lots of different female characters with lots of different personalities and character traits. In so doing, Syndicate takes a lot of pressure off of Evie to be the sole representative of her sex in the narrative. 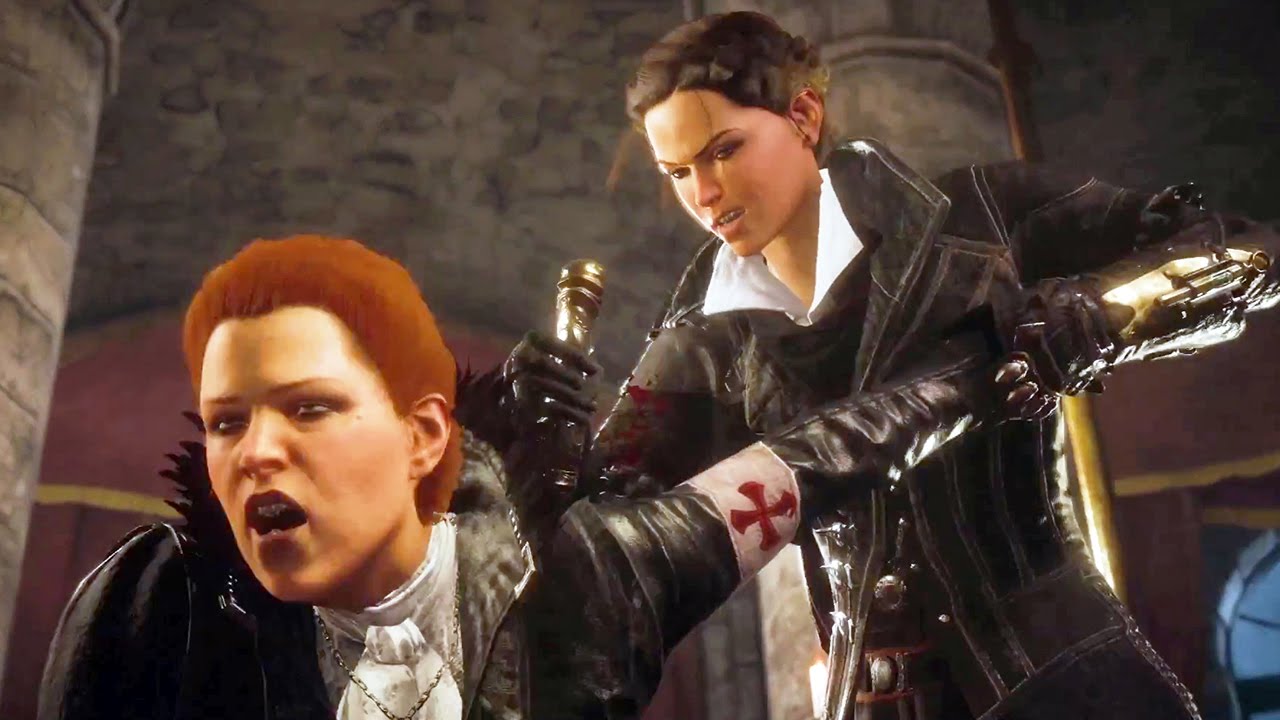 Baddie Lucy Thorne is also fun to hate, even if she’s done a disservice by being set up so obviously as Evie’s foil. It's a little, let's say, old-school to set the male protagonist with a male counterpart and a female protagonist with a female counterpart. The fact that Evie’s primary antagonist is offed two-thirds of the way through the plot is further telling of Evie’s marginalized role.

Then there’s the much lauded inclusion of Ned Wynert, a transgender character whose preferences are never addressed in the game. In her review of the game, Sarkeesian (like so many others) not only praised Wynert’s presence, she applauded the fact that no one in Victorian London had anything to say about it. While she acknowledged the total lack of realism in regards to this decision, she rationalized that in the context of the overarching plot (which is completely silly), this anachronism was extremely progressive. In other words, by not addressing Wynert’s differences, Ubisoft has normalized them, a wonderfully kind gesture.

It’s telling, however, that no mention is made of Wynert’s sexuality or Henry Green’s race. It’s wonderful that they’re treated as equals, of course, but not addressing those aspects of their character which would have absolutely been a factor in Victorian London is a disservice to them. Glossing over the extra hurdles they would have endured undermines the extra effort these people would have had to exert on a daily basis. These folks weren’t normal, they were extraordinary, because they were succeeding in a world where the deck was stacked against them. It just seems as though Ubisoft had an opportunity to celebrate that strength, and instead they simply propped them up as window dressing in yet another story about a white dude punching another white dude in the face.

That’s pretty heavy talk for what does, in fact, amount to one of the best entries in the Assassin’s Creed series in years. And a lot of critiques are levied against one of the best new female characters to hit games in years. Ubisoft came off as kind of a lip service villain throughout, a verdict that’s not fair to them, either.

Sure, taken by itself, Syndicate has some work to do in developing its female characters. Of course, its male characters were in need of some development, as well, so perhaps it’s better to view Syndicate in the grander scheme of the games industry. Viewed in that scope, the game is a towering success, a huge forward leap in its treatment of women and minorities.

Ubisoft should be praised for its obvious willingness to listen to critics and adjust their material accordingly. It just would have been better if their adjustments had not seemed so clearly designed to prove that they were willing to listen and adjust their material. Syndicate is absolutely a big step in the right direction, though, and other developers would do well to take note.