How and Why Dragons Are So Important to the RPG Universe

Dragons are a grand obsession in RPGs, pop culture, and epic fantasy -- but where did this magnificent symbol come from, and why?
by Nilufer Gadgieva

Everybody loves a good dragon attacking you out of nowhere mid-game. Somehow the sheer, elegant grandeur of these creatures has been captivating audiences across cultures for a century, making them a prime symbol in almost all epic fantasy games on the market.

Our grotesque quadruped friends have both Western and Eastern roots, with the Western fella being winged, treacherous, and greedy, and the Eastern counterpart calm, serpentine, and mystical. Almost all cultures have a reference to the dragon in their scriptures, from India to Persia to Japan to Norway. Being a rather vicious reptile, it naturally induced fear into the hearts of our ancestors.

Dragons have endlessly fascinated and terrified human beings, but curiously, the concept of hero versus dragon has been an almost perpetual abstract of art, media, and storytelling dating back as far as Sumerian times. In the Epic of Gilgamesh, dating back to 2100 BC, Gilgamesh is considered a dragon-slayer of Humbaba, the fire-breathing beast. The symbol of hero versus dragon has always celebrated strength and masculinity -- overcoming a great, practically invincible adversary. Such a scene has inspired countless tales such as The Hobbit.

Myths and legends have more or less remained consistent. When maps were first being made, uncharted areas were marked "Here Be Dragons" in fear of the unknown. In popular folklore from both ends of the world, dragons are known to be wiser and more intelligent than people; thus, they usually know what man wants in order to lure him to his side. Gold? You bet. Princesses? Damn right. 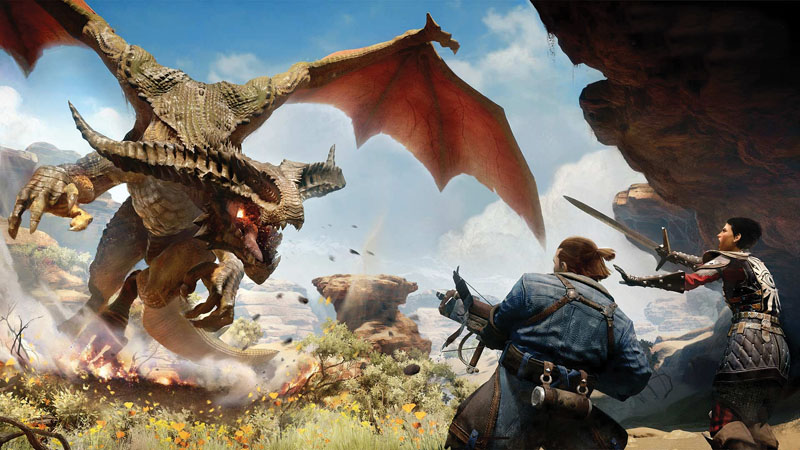 Dragons are seen as a majestic emblem of the world of the unknown, and a fundamental force of nature, sin, and power that has to be reckoned with. Some myths claim dragons had taught mankind to speak. They're multi-talented, witty, and uncertain. Some of them breathe flames, and some breathe frost. Who are they really?

Dungeons and Dragons -- one of the most popular tabletop RPGs to ever exist -- features dragons galore. This concept grew so popular among the epic fantasy and RPG genres that it found itself incorporated in some of the world's bestsellers, not surprisingly. This culture has changed our perspective of them from adversaries to powerful allies. It represents a concept, perhaps, of something we fear or once did, and our satisfying ability to conquer it. 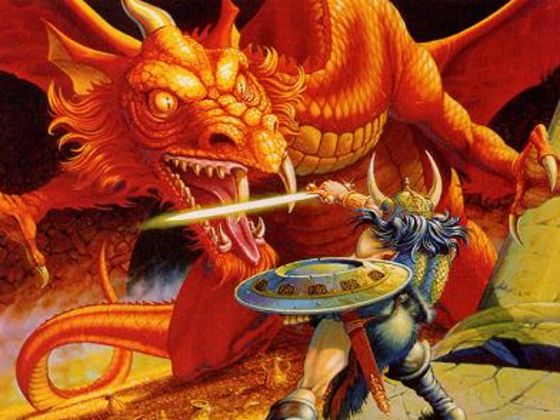 There are countless games featuring dragons as either bosses or allies, and many of them sold like hotcakes: Elder Scrolls V: Skyrim, the entire riveting Dragon Age series, Spyro the Dragon, the Dragon's Dogma series, and World of Warcraft. And this is just the cream of the crop. Even Pokemon's Charizard is, essentially, one of them. Nintendo's Bowser -- yes, I know he's a Koopa -- is also reminiscent of a dragon. I mean, fireballs, lava, princesses ... ring any bells? But since the 18th century, popular thinkers such as Diderot were astounded by the fact that there were simply "too many fabulous stories of dragons". And yet unlike vampires and werewolves, for instance, the dragon has not taken its toll on tiring its audience. And this leaves a market wide open for gamers who want to fight, befriend, or play as dragons in various broad themes -- the opportunities are endless.

I don't know about you, but I hope for more games starring my favorite pseudo-reptile!