Building Blocks: Can popular games be used as teaching tools?

Games like Minecraft, Kerbal Space Program and SimCity have great potential for classroom use, and can help teachers connect with their students using a medium already familiar to them.
by RobS_451

The world of gaming is growing. It has stretched far beyond its roots as a fun distraction to permeate mainstream society, tackle complex social issues and assert a cultural identity all its own. The growing power of games to inspire and engage us has also begun to assert itself in a place that, traditionally, has been at odds with their allure: the classroom.

Games in the Classroom

Recently, in a tangent to typical holiday small-talk, I found myself discussing games with a relative who manages a small school district.  What started as a simple question, (he asked why he should care about Minecraft?) became a much longer discussion about the potential to engage students in practical subjects using games that they were probably already playing at home.  Growing up with a family of small-town educators, I have seen first-hand the challenges that smaller schools face when trying to reach students.  That discussion prompted me to look deeper into the potential that some popular titles might have to bridge the gap between recreation and learning, and help teachers get students excited about learning. You’d have a hard time finding a recent game that resonates as well with so many as Minecraft. The game’s rampant popularity across demographics makes it uniquely positioned to be a fantastic bridge between teachers and their students. This idea is a driving force behind MinecraftEdu, an initiative released by TeacherGaming in 2013 to make the Minecraft universe more accessible to schools.

By making the game more affordable for classroom use, and providing teachers with resources and ideas for integrating lessons into the game world, MinecraftEdu highlights the best aspects of Minecraft for use as teaching tools. The most prominent example of this is the history-spanning Wonderful World of Humanities interactive tour, which uses a blend of quests and the open Minecraft world to let students explore key historical events, visit landmarks and interact with famous figures throughout history.

Beyond this is a growing network of simple builds and ideas that allow for new levels of student interaction with basic questions, as well as concepts for teaching science and mathematics. With MinecraftEDU’s lowered price point and the game’s inherent low system requirements, the project serves as an ideal opportunity for teachers to bring a new level of interactivity to their lessons. 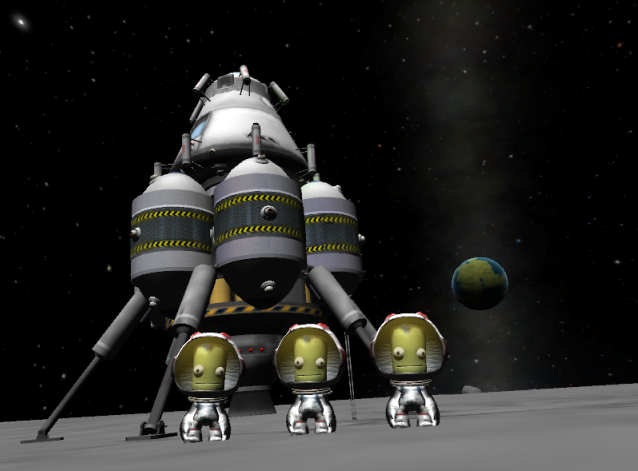 Dig a little deeper, and you’ll start to see how other games can become powerful teaching tools.  TeacherGaming is also developing a project, similar to MinecraftEdu, for the popular Kerbal Space Program that aims to get students excited about aeronautics and space exploration.  Using Kerbal Space Program’s core mechanic, where you must build a rocket to get the minion-esque Kerbals to the moon and beyond, the game has great potential to engage students by presenting them with questions similar to those faced by real-world engineers and scientists.

Like Minecraft, the game’s cartoonish, lighthearted tone juxtaposes its complexity to allow for a wide appeal that could serve well with younger and older students easily.

Another great example that has been popular with gamers for quite some time,  SimCity has a lot to teach students about the complexities of city management and planning, including the environmental, structural and social impact of their decisions.

SimCityEDU, from Institute of Play, aims to use the game to directly fulfill learning requirements for “common core and next generation science standards” while still providing a fun and engaging atmosphere for students, and more importantly, giving them a new level of control over their learning experience.

What Makes a Game Great for Teaching?

In using games to teach, especially games not necessarily designed for teaching, the most important factor teachers are likely to consider is the how accurately the game in question adheres to the subject at hand, which presents a unique problem.

In order to remain engaging, most games have to cut corners on the rules of the real world.

Many great games are designed to filter the real world through a lense that allows us to break free of its rules and explore the possibilities beyond them. This is likely the reason that games designed to teach are usually boring.  Many older gamers, myself included, remember Oregon Trail fondly.  After playing the game again recently,  I realized that the core mechanics were fairly simplistic, and it cut corners on most of the elements that made adventure games of the time so immersive.  It has it’s moments of tension and complexity, of course, but they pale in comparison to those offered by other games available in the 80’s and 90’s, when computers were beginning to become more common (especially in schools) and video games more popular.

nothing is worse than a boring game, except maybe one that’s trying to teach you math

That alone should point out the biggest flaw with learning-focused games: they often sacrifice creativity and depth for adherence to facts. While this approach ensures that what students take away from the experience is accurate, it can serve to alienate those students as well - nothing is worse than a boring game, except maybe one that’s trying to teach you math.

Today, its likely that every student has a game in their pocket they would much rather play, and probably will as soon as class ends.  In a learning environment dominated by standardized testing and structured lessons, there is a powerful need for creativity in the way that students get the lessons most essential to their development.  Games are everywhere, and for teachers to break through the noise made by grumpy pixelated birds and flashing rows of candy, they may need to consider that bringing bigger, better games into the classroom may bring students back in, too.

Ultimately, It's Up To Teachers

Even with the great examples that some developers are working to bring to the table, the vast majority of creative options for using games to enrich learning rest in the hands of teachers themselves.  By looking to mainstream games as a tool, rather than a distraction, teachers have an opportunity to bring their students closer to the lessons that will serve them in the future.  In addition, they stand to gain a better understanding themselves of how technology is shaping the way that younger generations see the world around them, and how they learn from it.