Riot's giving League of Legends players a whole new reason to work on their game.
by Jessa Rittenhouse

If you were looking for a new reason to play more League of Legends, Riot has you covered. This week, they announced a new reward system that gives players a chance to win skins, champions, and more. And it's coming soon to the PBE.

According to Riot's promotional page for the new system:

"The loot system is a new way to craft, earn, or purchase content like champions, skins, ward skins and summoner icons."

The more you play, the more chances you have to earn these shiny new rewards - and if you play on a budget that doesn't include much extra spending cash for sweet new skins or the latest badass champion, this could be the way to go.

So how does it work?

Mastery chests are earned when you perform well using a variety of champions, or when your pre-made team earns any S rank. You can earn one chest per champion you play per season, and up to four chests in a month.

Feeling crafty? League of Legends will soon have a table for that.

How do you unlock chests?

You have a random shot at getting a key when you win a match-made game, and odds are better of finding more keys when you play with friends rather than on your own.

If you don't want to take the time to earn the chests and the keys, you can buy both of them in the store, with a guarantee that the worth of the items in the chest outweigh what you spend on it - but it's still more cost-effective to buy what you want directly from the store.

The chests will give you a variety of rewards -- including loot, loot shards, or essences. While a chest can have more than one type of reward within it, you'll never just get essence.

If crafting's your thing, you can use the loot shards to unlock permanent content, like champions. If you aren't really into that, you can trade a single shard for use of a champion (or potentially skins, chromapacks, etc.) for a week. But remember - using your shards means you'll need more if you want to do the crafting to permanently unlock these features. 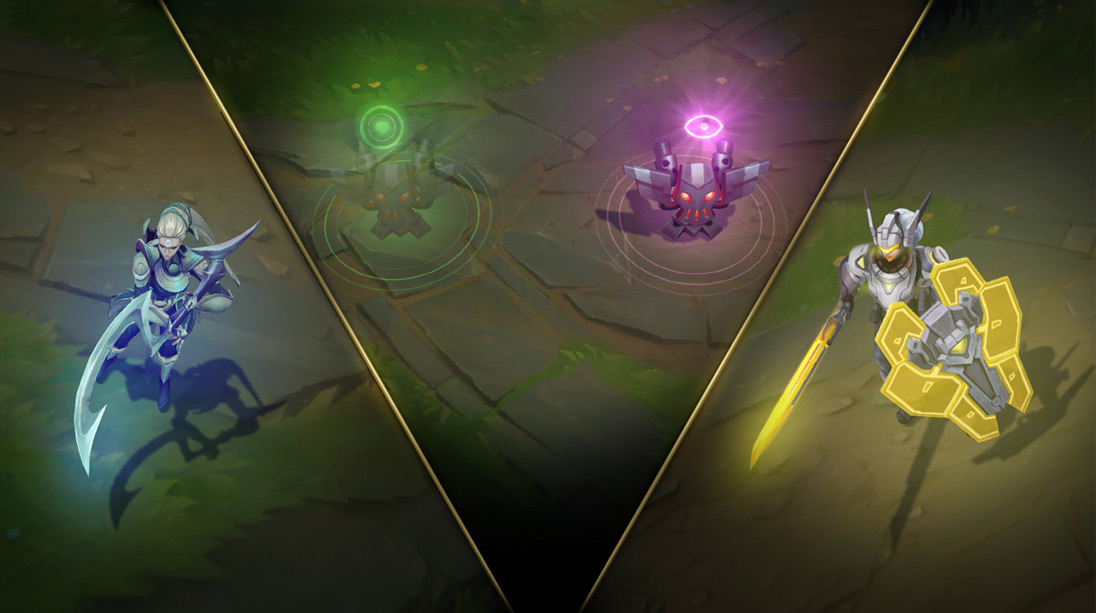 Hextech crafting and loot are coming soon - what do you hope to build?

There are two types of essences you can acquire - champion essences, which upgrade champion shards into permanent loot, and cosmetic shards, which turn all other types of shards into loot, such as champion or ward skins.

When you've collected all your shiny rewards from your chests and want to cobble them together to make something great, you go to the crafting table. This is where you're able to redeem shards for limited or permanent use. You can also reroll three similar pieces of loot into a permanent prize of the same type. For instance, three champion shards can be rerolled to give you a permanent champion that's not already in your collection.

You can also disenchant loot - break it down into shards to try for something else. Want to upgrade your loot? You can do that, too, with a handy application of the right essence.

Is Riot pulling out the stops with this new reward system, or is this just another gimmick? Are you excited for Champion Master Rewards, or is there something you think Riot's leaving out? Sound off in the comments.