A Weekend with Aion 4.0 - One Change After Another

Almost a year of hype over the impending Aion 4.0 came to its smashing conclusion last Wednesday with the expansion/patch's North American release, and it was good.

While the main focus is on the game's first new classes, the increase in level cap and extensive level 61 to 65 areas and content has brought world PvP back to the high level Daeva masses. The addition of Idians, further enchantment levels, new Godstones, and tuning have further given max levels something to strive for -- aside from massive amounts of AP.

The new classes themselves have a great deal of polish and both bring something new to the table, though I cannot personally comment on the effectiveness of the Gunslinger. I decided against rolling one after having made one on launch night and seeing literally hundreds of them pre-level 10. I am just not patient enough to compete with others of the same class to get in a party.

The Songweaver is extremely powerful,
She'll play music and make your mana full,
And slay her enemies and leave them in a pool [of their own blood].

The point remains that the Songweaver is in fact an extremely powerful class. Their heals aren't half bad and the ability to chain heals (and mana restoration) feels dynamic in action. Because they can restore their own health and mana, a good Songweaver can theoretically live forever in a 1v1 duel at max level. Their heal and mana pools are virtually infinite.

The above combined with their heavy burst damage puts the class near the top of the "Do not F with" list.

The one glaring downside here is the fact that Songweaver's casting animations are long. Not a tiny bit long, oh no. They are long enough you will get beat on while casting one of your "instant" crowd control skills, in instances where similar skills with a Spirit Master or Sorcerer take less time.

The only real way to combat these long casting animations is to invest in some attack speed, which isn't really possible until the mid-40's. Those of you who enjoy the class but are not fond of the slow animations should try to give it a chance until you get some gear around those levels with some additional attack speed. Before your mid-40's you can also purchase Courage Scrolls to give you a temporary boost.

I hate unintuitive quest tracking -- luckily, 4.0 brought with it a sleek quest tracker with enough bells and whistles to keep my happy. Gone are the days of a maximum 7 quests displayed at a time! 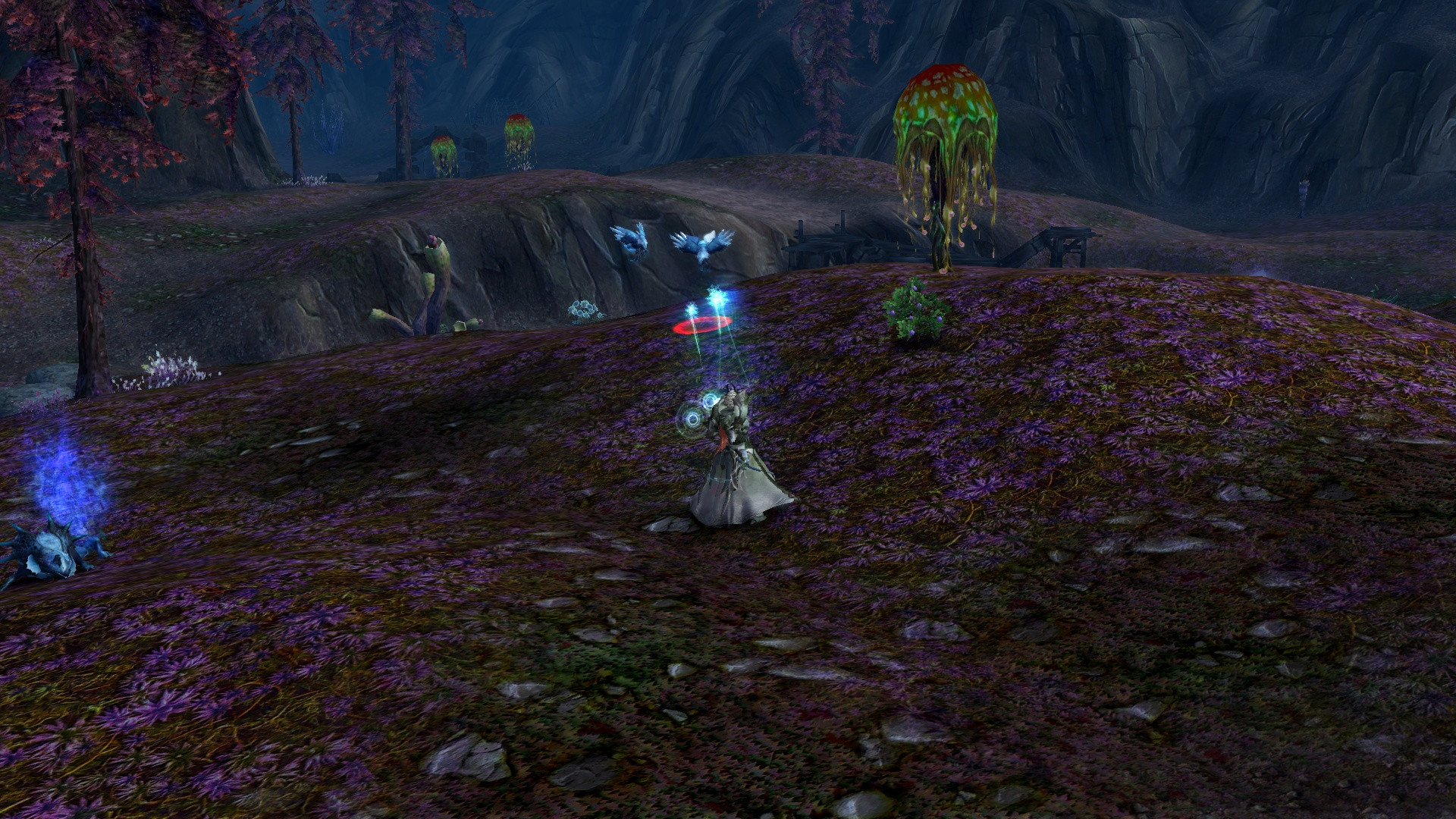 The new tracker's scroll bar and sorting options are great and make tracking quests easier than ever. Being able to sort by recent, zone, or recommended makes things a little easier when you run into a camp with 10+ quests for you and you're not sure how to approach tackling them.

With all of the above said, the unwieldy size of the icons at the top of the tracker and the fact that they cover up the words under my minimap is really not ideal. I love the new tracker (enough to give it its own sub-section), but this is something I would really like to see fixed.

The addition of World Chat in Aion just might be the most useless feature the game has gotten yet. Who is going to use a megaphone, which costs real money, when they can just talk to everyone on their server or Fast Track via the Looking For Group chat?

If you find this nuisance to be just as useless and ugly as everyone else, forum user Adimus has figured out a solution to getting rid of the World Chat window.

Let's hope investing in megaphones isn't viable for gold farmers and spam bots, because your block list does not affect the messages you see in World Chat. Taking the steps listed in the thread listed above may be a good idea in the long run.

Dark Betrayal Was Worth the Wait

Despite a few tiny problems, Aion 4.0 was well worth the year wait. The new classes, raise in level cap and new content, and quality of life changes were all welcome additions to what was already a relatively robust game. While I could certainly do without the World Chat, that is a very small issue when compared with all of the positives brought with Dark Betrayal. 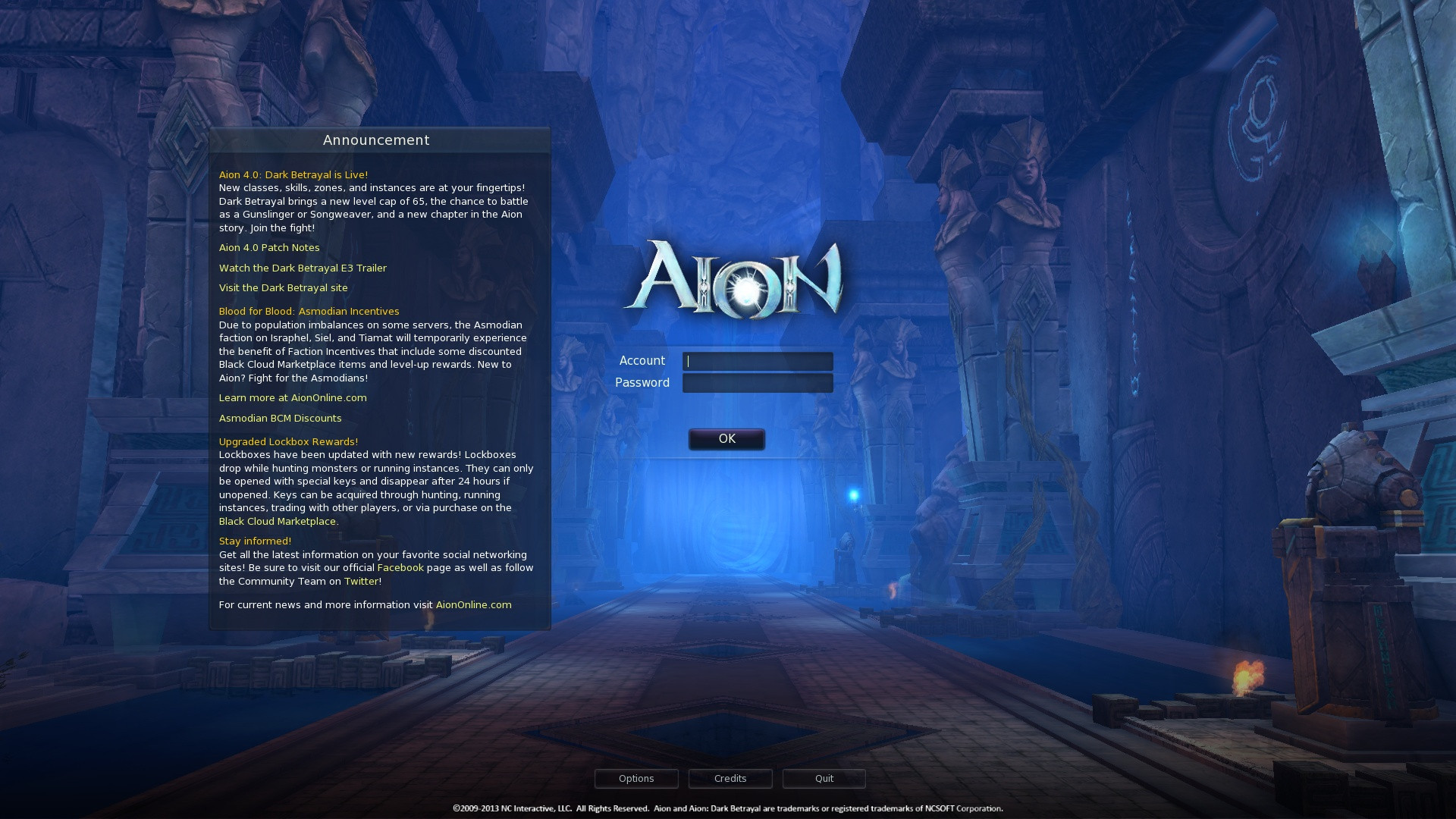 If you are new to the game, played in the past, or were one of the many Daevas who played before 4.0 now is the best time to play for experiencing new things and meeting new people.