This time, Laura is in space fighting invisible aliens with only her gun...and a hearing aide.
by katlaborde

Last week, I took a look at Kenji Eno's survival horror puzzle game, D, starring his very own digital actress, Laura. If you happened to miss it, click here. This week, I'll be looking at Eno's attempt at sci-fi horror and Laura's next big role as a crew member of the space station, AKI, desperately trying to survive an onslaught of invisible aliens.

Released in 1997, Enemy Zero is a sci-fi survival horror with first-person shooter and puzzle elements. Originally, Enemy Zero was developed as a title for the original PlayStation. However, when Sony failed to produce enough copies of D for pre-orders, Eno surprised everyone at a Sony conference by announcing Enemy Zero was being developed for the Sega Saturn instead of Sony's PlayStation.

Another interesting fact about this game is it has one of the rarest and most elaborate collector's editions ever. The collector's edition included all sorts of cool and weird items such as a replica of Laura's gun, actual game design documents, and a complete costume worn by one of the WARP booth girls for the 1996 Tokyo Game Show. Even stranger, the elusive collector's editions, only 20 were made, would be personally delivered by the man himself, Kenji Eno! No word on if he actually followed through with that or not. 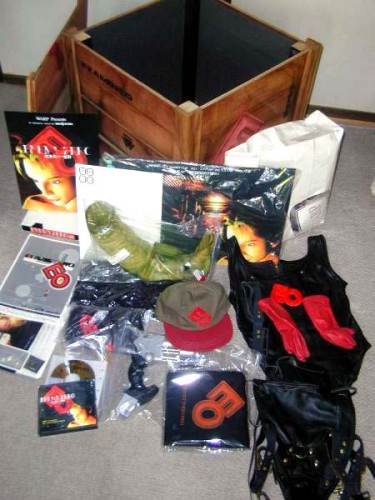 Before I go into the plot to Alien, I also wanted to mention that Enemy Zero is the first of Eno's games to include his other digital actors other than Laura. The characters of Kimberly, Parker, and David re-appear in D2 as different characters. However, we'll take a more closer look at them next week.

If you've seen the movie, Alien, then you already know the plot to Enemy Zero. In fact, the game mirrors the movie's plot so closely, including implementing many similar design choices, which you wonder how they could have possibly gotten away with it. As I describe the game's story, you will see the similarities.

There's aliens around and you're still sleeping?! Get it together, Laura.

Through the introduction, we find our protagonist, Laura Lewis, has just awoken from her cryogenic slumber. Still woozy and suffering from amnesia, Laura looks around confused wondering what could have woken her prematurely. Through the video communication device in her room, she learns that Parker, her fellow crewmate, has been killed! But who or what could have done it?

Well, of course, it was an alien!  Bravely (or maybe stupidly), Laura leaves her room to search for her other crewmates as well as a way to eradicate the alien. After eliminating the guilty alien with her newly found gun, Laura discovers through an encounter with her crew mate, Kimberly, that there are more aliens on the ship. Are you surprised?

Kim is a little emotional.

Additionally, Laura finds out that her boyfriend, David, is still alive on the ship as he contacts her via the video communicator. But before Laura can get to David, Kim must enact her revenge on the alien scum that killed her beloved Parker.

In an incredibly stupid move, Kim decides to enter the vents, Tom Skerritt style, to take out the alien. Of course, this doesn't work as expected, and Kimberly goes missing, leaving Laura alone once again. 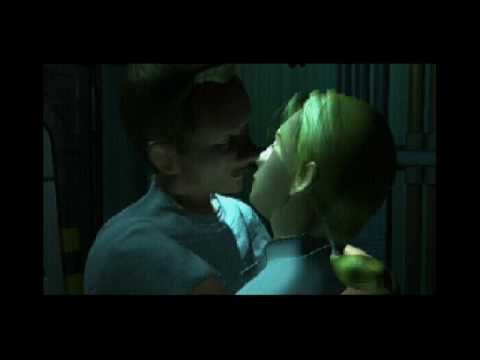 As Laura heads to the space ship's other tower, she is finally reunited with David. In addition, Laura is also reunited with resident computer nerd, George, who tells her that he is looking for a way off the ship by programming a special key card to unlock the doors to the mini spacecraft.

However, upon returning to inform David of the news, she discovers him ripped to shreds, wires spilling from his body and metal shining from underneath his synthetic skin. Yep, David is an android. Alien reference number 2,287!

Distraught, Laura heads back to speak with George when she is attacked by an alien! Of course, as this is a Kenji Eno game, the alien has to penetrate her mouth with its tentacle. Yes, Eno has a thing for this type of stuff as it also appears in D2. George rescues Laura but doesn't make any mention of the alien face rape that just occurred.

As a result of the alien face assault from earlier, Laura develops an unusually large bump on her neck. She decides to head to the ship's medical bay to get it checked out via an X-ray. Well, can you guess the revelation? Yes, Laura does have an alien inside of her, but there's something else.

A shot of George posting on Reddit instead of concentrating on getting everyone off the ship.

Well, that's different from Alien, at least. Heavily distraught over the revelation, Laura continues her mission to get off the ship. She speaks to George, who somehow knows Laura found out about her true identity even though Laura does not utter a word to anyone throughout the entire game. George admits it was he who created David and Laura as well as the one who programmed their memories. Upon this admission, George is unceremoniously killed by an alien. However, not all is lost; Laura finds the key to the mini spacecraft on George's dead body.

Before leaving the ship for good, Laura runs into Kimberly! Yep, good old Kim managed to survive the ordeal in the vents. She also takes real quick care of Laura's alien in the neck by slicing open the lump with a knife and proceeding to kill the alien baby. Problem solved! However, Kim does not want to leave the AKI with Laura. Still very much distraught over the death of Parker, Kim kills herself in an effort to be reunited with her love.

Meanwhile, Laura has had enough of the AKI and its alien inhabitants as she heads towards the mini space craft. With the AKI's self-destruction system activated (of course!), Ripley Laura makes it to the craft and escapes just before the AKI blows up. 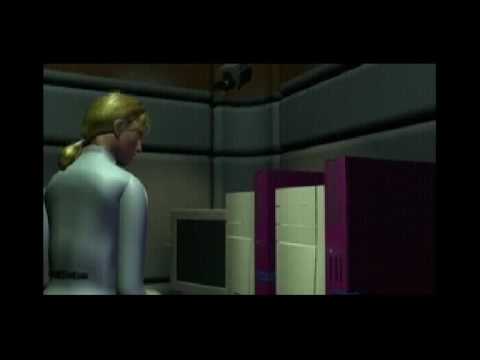 The puzzle sections are very similar to D where Laura can interact with various objects to solve puzzles. The puzzles can be vague at times, especially with the game not offering any hint about what to do next. In the beginning, Laura can contact Captain Ronnie for hints, but this feature disappears mid-way through the game.

The good thing is, unlike D, the player does not have a time limit imposed of them. As for saving, you can save your progress, but you have a limited number of times to do it.

The other aspect of gameplay of Enemy Zero is the first person shooter sections. This feature is new to Eno's games and plays sort of like Doom, but with an incredibly slow charging gun. Laura's gun has only a certain amount of charges, forcing the player to conserve their ammo. The gun can be recharged at various stations throughout the game, but their placement is somewhat random. 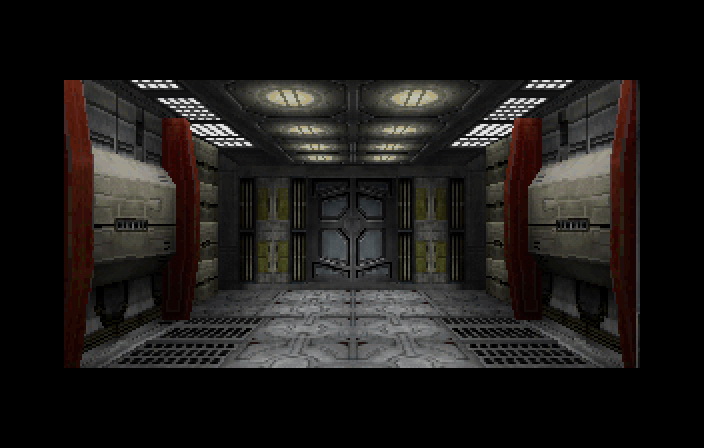 One of the first person shooter sections.

The enemies in Enemy Zero are invisible. Instead of relying on her eyes, Laura must rely on a hearing device that sets off a series of tones whenever an enemy is near. For example, if the enemy is in the area, but not close to Laura, the sound will be dull and infrequent. However, if the enemy is nearby Laura, the sounds will be loud and fast. The best I can equate it to is a toddler playing a xylophone.

Enemy Zero is an interesting game, but certainly not without flaws. The story does heavily mirror Alien, which can be distracting for the most part and often makes the story predictable. Some of the writing is a bit awkward in places - for example, Kim's speech to Laura before heading into the vents where she compares aliens to children saying you have to "look both right in the eyes." I'll remember that when I have my first child, Kim.

I found the gameplay to be difficult. Although I do get kind of panicky when I can't see the enemy or feel like the better option is to run away so it might be easier for others. However, having a gun with limited ammo to combat invisible enemies is unfair.

Overall, if you're a fan of the overly weird and obscure, I recommend this title.

Next week, I'll be checking out Eno's final Laura title, D2. Make sure to check it out!

For now, feel free to leave a comment below about Enemy Zero or any other obscure horror titles!