Didn't Manage to Play the Final Nioh Demo? Have a Look at What You Missed

Still undecided whether you will pay for the full game? We share our thoughts on the demo and what it means for the final release.
by Caio Sampaio

Developed by Koei Tecmo Games exclusively for the PlayStation 4, Nioh will release on February 7. But players already had the opportunity to get a glimpse of the game through its demo, which is no longer available.

If you wished to get a taste of the experience, but for some reason were unable to get your hands on the demo, fear not; we have compiled its most relevant elements so you can prepare for its full release next week.

In this article, we will only mention the elements of the game that we have confidence will be reflected in the final version.

Let's, start with the basics.

Its entry on the official PlayStation website tells the story:

"In Nioh, players will traverse war-torn Japan as William, a blonde-haired swordsman whose background as a fierce warrior and seasoned knowledge of the blade allows him to survive in the demon-plagued land of the samurai. Known as Yokai, these demons inhabit a number of dangerous locations and lie in wait in the shadows to ambush unsuspecting victims."

When you first start the game, you're asked whether you want to play the tutorial. It is wise to take your time to go through the "master class" prior to starting the actual game, because while the gameplay mechanics may seem simple at first, they quickly become complex as new variables come into play.

If you skip the tutorial, you will probably face an arduous and frustrating journey while trying to learn the combat and gameplay mechanics without aid, especially considering how difficult combat can be.

In regards to the tutorial itself, it delivers a lot of information in a short period of time, feeling a bit overwhelming as players try to absorb everything they just learned. Perhaps a better alternative would be merging the tutorial with the campaign and teaching the mechanics to players progressively as situations demand.

During the tutorial, the game teaches players how to use a crucial element in combat: Stance. Players can engage in combat using three different stances: attack, defensive or intermediary.

The most noticeable difference between each stance is the speed of your attacks. In the attack stance, players can deliver more damage to enemies, but William will move slower, whereas in the defensive stance, the opposite occurs: players move faster, but inflict less damage. The intermediary mode is a balance between the two.

Each stance is right for a certain situation and players will need to use their judgement to determine which one to use, thus creating a meaningful choice the player needs to make. This adds depth to the experience, as players need to dive deep into the mechanics, in order to master them and learn which stance to use given the situation at hand.

Despite the quality of the execution of the mechanics, there is an element that was detrimental to the experience.

The progression of the player is measured in levels and as players accumulate the required XP, they gain a point to unlock the next level. Many games featuring RPG elements have this, but in Nioh, players need to find shrines in the map and use them to level up.

This is a problem, as players who have just leveled up and also have just walked past a shrine recently will return to the said location, in order to level up, thus providing an incentive to the player to backtrack, rather than keep push forward, hurting the pacing of the game.

Nioh does not feature the pinnacle of the visual experiences, but we cannot ask for much in regards to graphics, considering that a relatively small team is working on the game. We are not talking about EA or Activision, for instance.

Despite the lack of cutting edge graphics, the game managed to compensate this elsewhere -- the art of the environment, which masterfully set the tone of the experience, through visual effects, such as fog and lighting, which creates a dark and suspenseful environment.

Supported by highly detailed sound effects, there is a word to describe the audiovisual experience provided by this game: immersive.

Despite its masterful ambiance, there is a small problem, however. The lack of diversity in the animations of the enemies, specially when an opponent dies. Throughout the demo, I could only spot three death animations.

This was visually jarring, as no matter how players hit the foe, it would almost always react the same way.

Which leads us to the final topic:

In this quick review, I avoided mentioning topics that I cannot trace a solid conclusion based solely on the demo, so I was unsure whether I should include this subject, but given that it represents a positive surprise, I decided to address it.

Throughout the demo, players were introduced to a good number of types of enemies. This made the experience more interesting, as each required the players to use a different tactic, thus emphasizing the point I made earlier regarding the meaningful choices players needed to make and how they add depth to the gameplay.

Enemies not only vary in type, but also in number. You can find a lone opponent or encounter a duo and the number of enemies encountered make a difference in regards to the stance players need to employ. 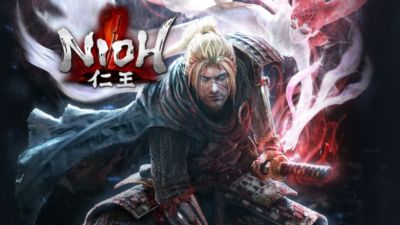 It is difficult to judge a game based on a small fragment, but the job of the demo is to make players become interested in the full release and this demo did its job.

In it, players were introduced to a superb ambiance and challenging mechanics to master and a good variety of enemies.

It had some elements that could have been better and the most noticeable ones were the animations and the players needing to find a shrine to level up, but these are details that by no means overshadow what the game has done right.

If you are a fan of this genre, this is a title you must put on your "to play" list for the first part of 2017.