Mario deserves another RPG. The Switch should be front and center of this, but why?
by Marc Anthony

The most recent installment of Mario's RPG career, Paper Mario: Color Splash, released in October 2016 to positive acclaim in the community scoring average results around 7-8 (on a basic scale of 1-10), according to IGN, Polygon, Gamespot and user reviews. Past Mario RPG's have been met with positive acclaim (even from Super Mario RPG: Legend of the Seven Stars).

Mario's RPG career has been sincerely lucrative for Nintendo, and with the recent announcement of the Nintendo Switch -- along with several new games being announced and developed -- I believe it is high time for a brand-new Super Mario RPG, but why?

(Currently how I feel making this statement *breathes heavily*)

The first, and possibly most obvious reason for Super Mario getting another installment of the RPG genre is to add another interesting Mario game into the spectrum. As well as broaden the hemisphere of games coming out on the Switch, and add to the RPGs that many players are excited for; including Xenoblade Chronicles 2, as well as Dragon Quest.

Mario can also make a return in another Paper Mario game, to once again add more options for gaming on the Switch.

The implementation of Joy-Cons can allow for motion controls in a Mario RPG to incorporate more action into the game. Allowing players to fully take control of Mario's actions can put a player more into the story, but in addition it can be possible to incorporate interesting co-op multiplayer into the game. 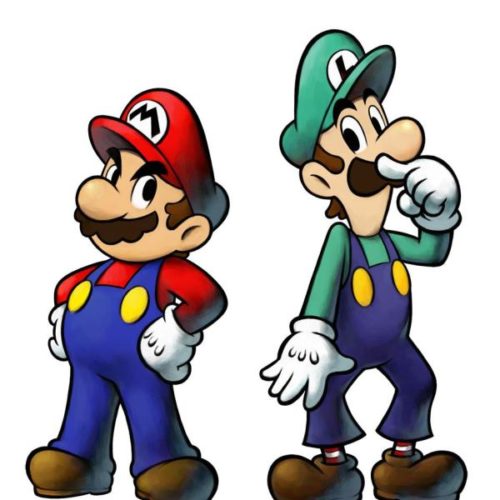 The ability to switch to co-op play immediately with local play can be beneficial to gameplay, especially with two Joycons allowing quick adaption into playing with a friend. Two different players following two of their selected characters, who have been picked from a variety of characters, can travel around together and share in their endeavor -- hopefully Mario let's Luigi get some screen time.

It can even be as possible as to add online co-op play even up to four characters with Switch to Switch play. This feature can have more options to work as a team to face more difficult bosses with more strategic gameplay other then stomping three times--it gets old. Turn based gameplay or more open-combat (my personal favorite) would be done with the Mario charm to pull players into riveting and core gameplay that has been proven successful in the past, hopefully with this new platform in mind.

In addition to gameplay, it's always a pleasure, in my opinion, to see more humor in Mario's RPGs, whether that comedy is underlining the overall story, or the comedy is a big part of the story. The dialogue within such Mario RPGs has always been more lax, comical (sometimes corny), as well as modern and serious -- bringing together the two sides of the fan base, the straight faced, and the common jokers.

Dialogue in Mario has always benefited from its sarcasm and over-the-top cartoon humor, this means it's great for kids and adults. Everyone can experience another comical Mario storyline thrown into the mix, especially since Nintendo seems to let loose with their comedy might in their RPGs (more so than in other Mario games). There are often even little gems and easter eggs -- such as Samus from Metroid and Link being seen. DidYouKnowGaming.com found a few in Super Mario RPG, which you can see in the image below. It would be more interesting to see a new spin on a Mario RPG with a Mushroom Kingdom which feels more alive. The inhabitants should bring quests and rewards to you as you travel freely in a more open world -- something that can push the boundaries for Mario in a new setting.

I want Nintendo to come back strong, and once again set the standard for future development and gameplay in the industry. The sheer thought of running around and exploring different aspects of the Mushroom Kingdom leaves nothing to the imagination. Along with the player experience, I'm sure developers can have a ball designing their world and finally show it off to their fanbase.

We could finally see what Mario and his friends, or enemies, do within this world and what exactly resides within its landscape. With the Switch being announced its more then a good time to release a new Mario RPG, and even better if it pushes the boundaries from its regular standards and tries something completely new to lure fans in -- as well as new players. With co-op multiplayer having more players, a quest-line plot and engaging gameplay Mario can make a return to the RPG scene in a tremendous way.