Somehow after seven generations of console games, we don't have a jetpack focused, air combat sandbox game. Let's fix that!
by Elijah Beahm

We live in an age of reboots and re-imaginings. From total reboots like 2013's Tomb Raider to soft reboots like Assassin's Creed: Unity, we're seeing a lot of new trends in old ideas. While some games seem fine as they were, a few could benefit from a tune up. Today, let's reboot a game that time and most of gaming culture forgot: Dark Void.

I bet most people forgot this game even existed. Still, the need for a solid, arcade-y jetpack flight game is large enough to warrant using this IP again. That said, I don't think all that much needs changed about the game's core design. The amount of weapons and upgrades you'd get would need expanded, a few new jetpack manuevers can be included, and your enemies could have a great deal more variety but... the concept Airtight Games produced remains a solid one.

An H.G. Wells inspired science fiction romp is rarely seen in this industry, and I am all for a campy dieselpunk jetpack game. If anything must be drastically changed, it should be the world itself. Dark Void needs to go open world. Not sandbox-y environments like the 2009 reboot, but instead, a full-on open world. The Void is a perfect place for this, given it has so much empty space between floating islands, stations, and airships. Navigating it would be like Legend of Zelda: Skyward Sword, except you'd have a jetpack instead of a bird.

And the occassional grand theft UFO, of course.

Much like the more drastic Red Faction reboot idea, the core focus will be on larger, more 360-navigable environments, and tough closer quarters battles. That said, Dark Void would still support large battles, including arenas to jump around in like out of Ender's Game (perfect for multiplayer matches). Above all else, the jetpack needs to reign supreme. Imagine instead of a cop car chase. You are being hunted by UFOs swirling behind you as you dogfight through twisting ravines and abandoned wrecks of former explorers. You fire back at them and then hastily turn around a cliff face you nearly hit, giving you enough hang time above to cut your engines, drop down, and hijack one of the UFOs for your own use.

Everything familiar about traditional sandbox games twists on its head the second you include the jetpack.

The story could be set after the 2009 reboot, utilizing similar aesthetics and bringing back some of the characters, but focusing on a new protagonist and an expanded lore. Having the Outsider aliens be involved in the World Wars is fine, because then we could have enemies besides them show up.

Maybe you fight Nazis, or set it during the Cold War and have US and Russian forces fighting for control of Outsider technology. All the meanwhile, let's have a lead who is neither Nathan Drake nor 2013's Lara Croft. Instead, they're more of a rough and tumble, true Indiana Jones type. Someone with experience, but also willing to smile at the chaos unfolding in front of them before getting back to work. They'd be someone in their mid-thirties or forties; someone with experience. 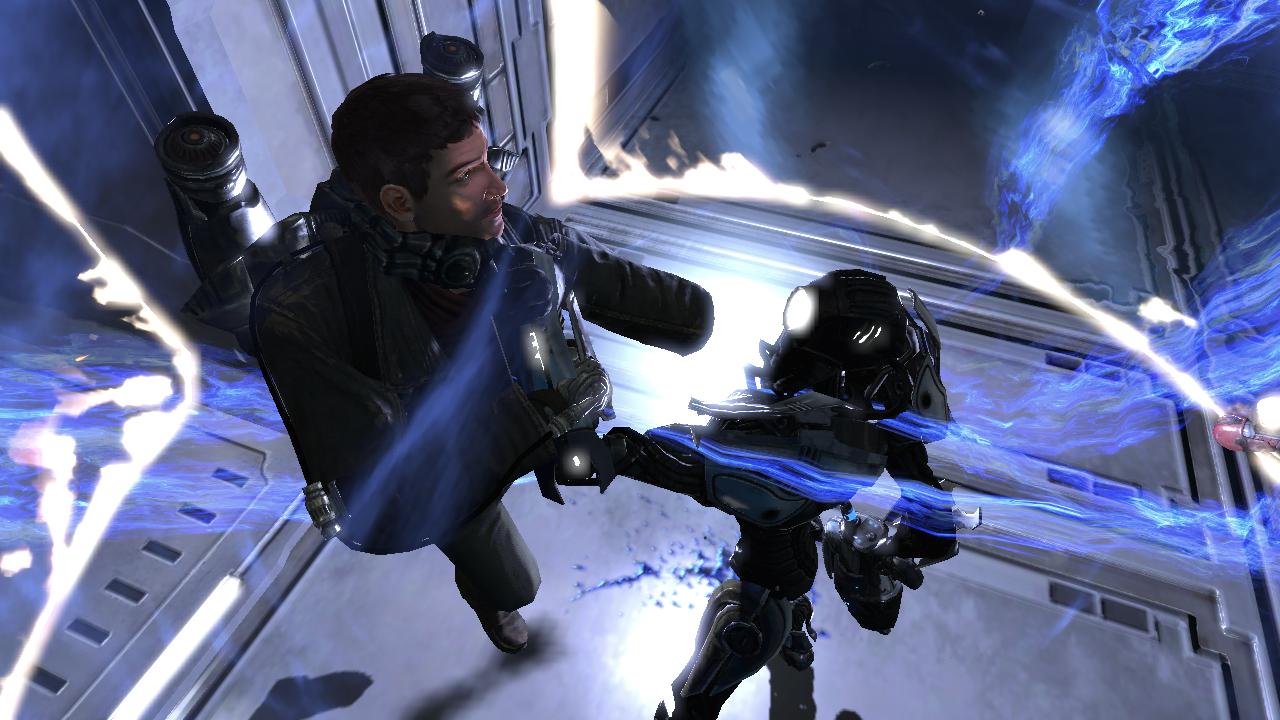 Gunplay would also be expanded. While the cover-on-a-wall system in the 2009 reboot was fun, let's really push it to the limit. Let's put cover on moving ships, both friendly and hostile. You can still hijack smaller ships, but for bigger ones, you can also fight on the exterior. It's an organic set piece as ships toss and turn in battle, while you grapple on and take aim. You might find enemies flanking you from on board another ship flying alongside, or allies might support you.

So think this, but on the side of an airship in combat.

And speaking of boarding ships, let's have larger ships be breachable at weakpoints, allowing you to quickly fly in and take the battle inside. You could have AI squadmates join you and if you take over the ship quickly enough, convert it to being under your control.

This also opens up an excellent opportunity for ship-to-ship multiplayer. You could have a capital ship for each side, captained by one player taking on a Commander role, ordering all the AI squadrons and ships while a crack team of jetpack pilots could go around and wreak havoc.

In a way, it'd function both like a hybrid of Titanfall and Armored Core: Victory Day. The AI bots would fly around and fight, while pilots go for weakpoints on ships that need taken out to permanently hinder the opposing team. All the meanwhile, the tactical commanders can send buffs your way, pilot their capital ship, and direct ships like a strategy-lite version of Guns of Icarus. Pilots could even taken manual control of turrets on larger ships and use them to hit precise targets. 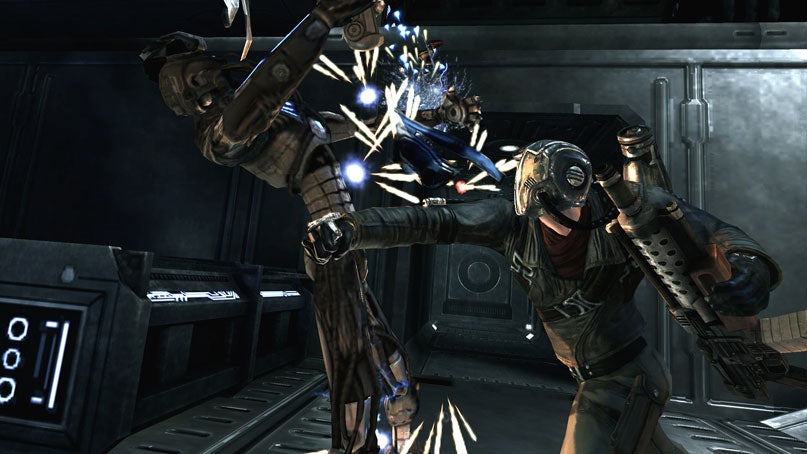 It would take some of the best aspects of Battlefield, Guns of Icarus, Titanfall, and Star Wars: Battlefront II all into one solid multiplayer experience that could support multiple modes of play. Heck, that alone could be its own game really, with the amount of different scenarios you could pull off with that.

No matter if its offline or online though, Dark Void is one of the few games that needs to wipe the slate clean to become a better game. It just needs a second chance. While it is unlikely Capcom is interested in seeing a new entry in the Airtight Games universe, a properly executed sequel could give the franchise the soft reboot it needs.

Do you like this new direction for the Dark Void? Or do you have your own? Please be sure to share your thoughts in the comments, and let me know what games you'd like to see get a reboot in the future!