This year's been good for games. Really good. We've had Witcher 3, Batman: Arkham Knight, Mortal Kombat X, and as of yesterday Metal Gear Solid: Phantom Pain - and it's not ending there. These last few months of 2015 promises even more titles that are sure to keep you broke if you aren't already.

What could make these good times we're living in better? If the following games got sequels, or even reboots, because they're some of the best forgotten gems from the past.

Anyone who says they weren't terrified of these things are liars

This was a first-person shooter developed by Insomniac Games exclusively for the PlayStation 3.

Resistance: Fall of Man was a launch title for the console - and in my opinion, the best title of the whole series. The game takes place in an alternate timeline, showing what it would be like if we got dragged into a world war against an alien race dubbed the 'Chimera' that infected humans virally and mutated them into monsters.

It follows the story of Sgt. Nathan Hale, part of the U.S. task force sent to retrieve a secret weapon, which they planned to use against the growing forces of the Chimera.

However, he and his fellow soldiers are ambushed by a Chimeran attack and infected. But for some reason, Hale awakens carrying the alien's characteristics, while also retaining his humanity. From then on out, it is up to him to find out what is happening to him and how to stop the growing plague that is the Chimera. 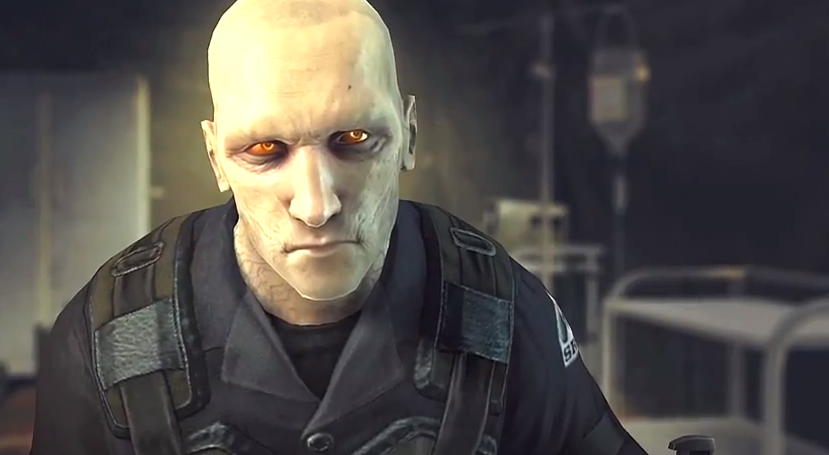 This game featured some very creative weapons for a first-person shooter. Of course that's to be expected, due to Insomniac Game's track record with Ratchet and Clank. But it is also due in part to the timeline in which this game takes place.

For those who haven't played this game, imagine World War II weapons mixed with alien technology.

A really cool feature was that the weapons themselves added unique playstyles. For example, the 'Bullseye' was the primary auto rifle for the Chimeras. It fired supercharged energy bolts at a rapid rate, yet it also had a secondary mode where it fired a 'tag', which stuck to your target. Once the target has been acquired, any and all further rounds would find their mark, even if it's behind cover.

Or even the Auger! A weapon that shoots through solid objects and offers vision of enemies. Oh, and it drops a shield as well.

The next two installments; Resistance 2 and Resistance 3, were good, but did not quite capture the same atmosphere the original had. They took away the horror elements of the game and transformed it into a rather run-of-the-mill sci-fi shooter. Great games they were, no mistake about that, but they didn't quite live up to the original.

But even then these games were commercial successes, which says a lot. The end of Resistance 3 implied that humanity had finally won, but it left behind plenty of plotholes. The ending felt rushed and incomplete - that's plenty of reasons for a Resistance 4. However, Sony owns the IP, so it's in their hands to make the call.

But looking at the success this series generated, it wouldn't be smart of Sony to put this series aside. Plenty of fans are still hoping for a sequel. With the new technology the PlayStation 4 offers and the uniqueness Resistance offers with its weaponry, it sounds like a match made in heaven.

So please Sony, consider letting this series making a come-back!

A.k.a: the ridiculously fun racing game developed by Criterion Games.

In an era where racing games are trying harder and harder to emulate real life street racing, this game does the complete opposite. It mixes high-speed racing, destruction, and complete mayhem.

Each and every installment in this franchise was crazier than the last. It was a total gorefest. Only instead of blood and gore, you had metal and car parts. The kind of adrenaline rush this game offers is not something that can be easily found elsewhere.

The last installment, Burnout Paradise, went open world, and was probably the best out of them all. The game was gorgeous, the crashes were satisfying, and the races gave you a sense of speed that never failed to get the adrenaline pumping.

Given the high praise for Burnout Paradise, a sequel or something along that line did not seem unlikely. But Criterion Games reportedly steered away from the racing genre back in 2013, breaking a lot of Burnout fan's hearts.

Alex Ward, a former Burnout developler has been teasing something on Twitter that's re-igniting our hopes for a new Burnout game - or something similar.

We can only hope.

This is a pretty old title, but no less deserving of a sequel.

Okami follows the story of Amaterasu, the Shinto sun goddess who embarks on a quest to save her land from darkness by taking on the form of a white wolf. She's armed with her own unique tool: the Celestial Brush.

The game was developed by Clover Studios, which is now Platinum Games.

This game received critical acclaim from reviewers, and for good reason.The game was a mix of action, puzzle and platforming, but nothing made it shine like the Celestial Brush and the game's gorgeous art style.

With the Celestial Brush, players could draw on the screen by pausing the game and bringing up a canvas. For example, drawing a loop can create winds, swiping it up or down can break obstacles, drawing in missing pieces of a bridge can fix it, and a whole bunch of other stuff.

The art style...need I say anything here? The game does a fantastic job of capturing a sort of animated Japanese ink-illustration quality that's just beautiful to look at.

Due to the game's poor sales initially, it made a sequel unlikely. But it eventually did get a sort-of sequel: ÅŒkamiden. But it was for the Nintendo DS, so it's not quite the 'true sequel' we all hoped for.

Despite the passing years, people haven't stopped asking for a true sequel for Okami...and Platinum Games is aware of it.

If we're going purely by sales to determine whether this game gets a sequel or not, it's bad news for us. While Okami received critical acclaim, it's one of those 'niche' games that just doesn't bring in the mainstream crowd.

But we hipsters can keep hoping for one, can't we?

This is obligitory to any list of 'games that need sequels'. So I'll just leave this here.

Are there any games that you wish to see sequels to that I've missed? Let me know in the comments!