DOOM is a fast paced fps game that will cover your screen in blood and a smile on your face. Just how good is it though?
by Dennis Adame

As a long time gamer, I have known about DOOM since the original game released in 1993. I also knew about the big impact it had on the gaming industry back then. The game set the tone for many FPS games to come -- and if you look at games like Halo, BioShock and even Dead Space, you can see a clear influence. So when I heard that Bethesda, my favorite gaming company, was making a new addition to the series with Doom (2016), I knew I had to check it out. And "boy oh boy" I was not disappointed.

From the get-go, the game puts you right into the action. I’m not kidding -- within 30 seconds of starting up the game, you will be fighting. I played on PC and on maxed out graphics and the game looks great. There are lots of nice textures in the guns, the environment, and the gore. In true DOOM fashion, the gore is over the top. Blood will cover the walls and floor when you're blowing away a demon with a super shotgun or a grenade. 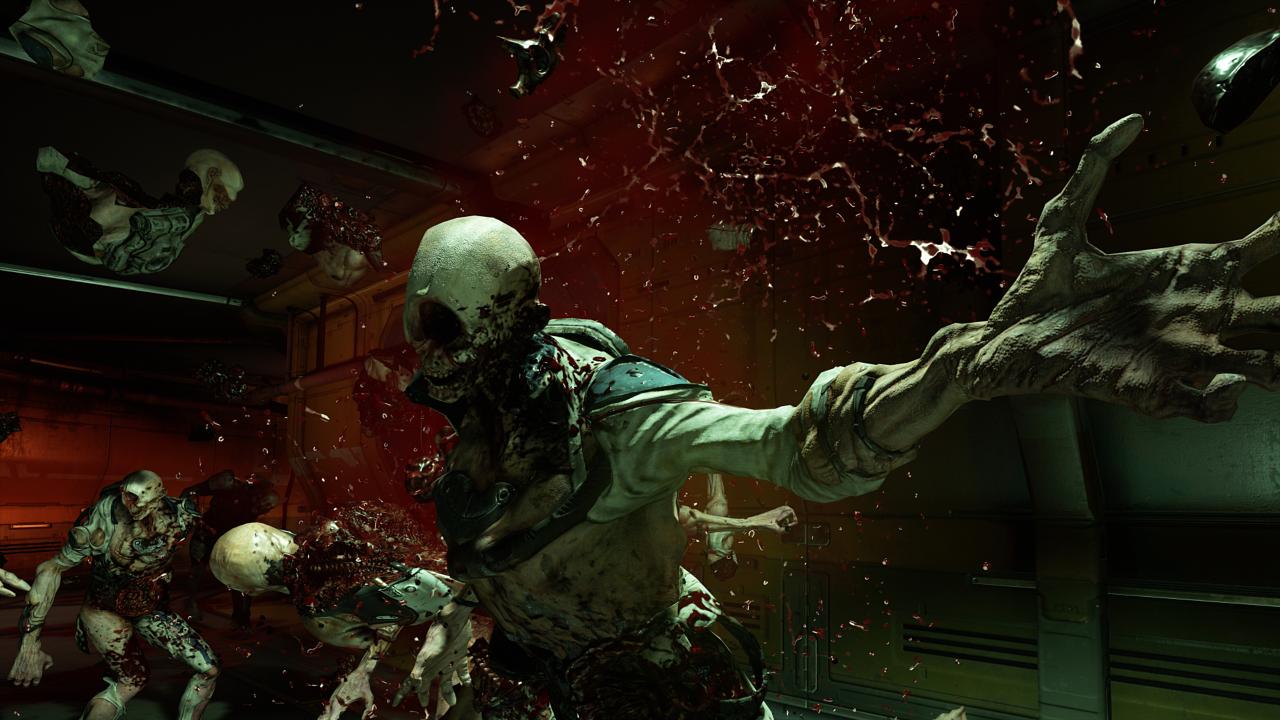 The story isn't totally there, but the action makes up for it

The one area of the game that is lacking is the story. Granted, when you think of great stories in games, DOOM isn’t the first game that pops into anyone’s head. But it’s still important to note. DOOM isn’t something that you will want to play for the story, but rather for the experience.

Fighting your way through hell will be super satisfying as you shoot hordes of demons with your trusty arsenal of guns. The new glory kill mechanic is something that I am a big fan of as well. When enemies are low on health, they will glow blue and yellow (unless you turn this off in the settings). Then when you melee them, you will get a fatality-like killing move. From kneeing an enemy in the face and making its head explode to ripping out a demon’s teeth and stabbing it in the eye with it...the glory kills are an over the top. They are a satisfying way to make a final blow to your enemy.

With all of this over-the-top action and a head banging metal soundtrack backing it all up, there isn't much not to like about the game.

Overall, I feel that this is a solid addition to the DOOM franchise, and I am looking forward to what Bethesda has in store for the future of the series.  If you are a fan of the game Killing Floor, then this is a game for you.

Our Rating
8
DOOM is a fast paced fps game that will cover your screen in blood and a smile on your face. Just how good is it though?
Reviewed On: PC
What Our Ratings Mean