GTA V Heists Are My Favorite So Far [Spoilers]

Pulling a heist is probably my favorite thing to do in GTA V.
by Synzer

Now, I don't have as much time into Grand Theft Auto V as I could, but I was able to complete two heists in the story and they are so much fun. The detail and planning that goes into setting up and completing a heist is amazing and I can only hope that it will be similar when Grand Theft Auto Online is released.

The first heist was great and my favorite of the two I've done so far. It is a classic jewelry heist, complete with a smash and grab and getaway. Before the heist starts, however, Lester comes up with a plan. He details two different methods of doing the heist. You can either go in the front, guns blazing, and take what you can that way, or take the more planned and careful route to go in unnoticed. I chose the planned route because I thought it would be more fun.

After the plan was made, I had to decide on who to hire for the heist. I had to hire a gunman, hacker, and wheel man. Each job had two different people I could chose from, with one being more skilled, but takes a bigger cut, and the other taking a less cut with lower skills. Lester tells you what is important in the job and what is not as much. I hired an experienced hacker to get more time in the store and a less skilled wheel man and gunman.

Once I chose everyone and the plan, I was ready to start setup. There were two setup missions that I had to do before this heist was ready. The first involved stealing gas grenades that would be thrown into the ventilation to knock out everyone inside. I had to steal an armored truck that was transporting these and take them back to our hideout. The second part was to steal an exterminator truck so that we could pretend to be exterminators at the jewelry store. 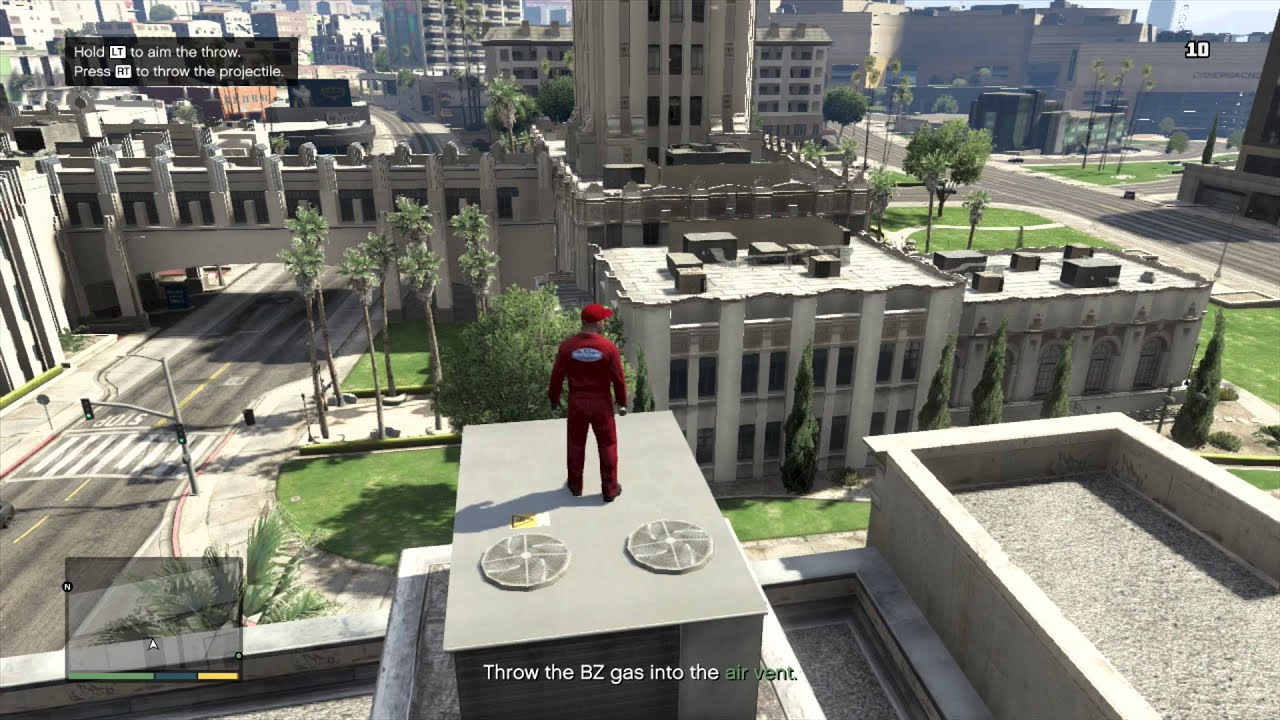 After all the set-up, we were finally ready to begin the heist. You start with Franklin and have to go to the roof of the jewelry store to throw in the gas grenades. Once you get them in the ventilation, it switches you to Michael and you walk in the store with the rest of the crew to take as much jewelry as you can. Your hacker will stay in contact with you to tell you how much time you have left.

When you're done taking everything, it switches you back to Franklin and you make your getaway on motorcycles with the gunman and wheel man, while Michael, Lester, and the hacker go in the truck. This is where my choice to get lower skilled people caught up with me. 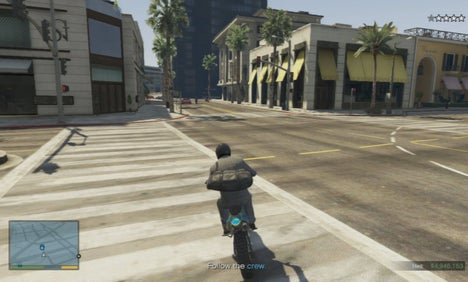 Time to make the getaway.

My gunman was killed before entering a tunnel and we lost his take of the jewelry. the wheel man was leading me through the tunnel, but he got lost and I had to wait while he decided which way to go. We ended up being chased by the cops once we left the tunnel and was switched to Michael again. I had to run all the cops off the road to let the people on motorcycles escape. Overall, it was a pretty successful heist, though we did lose some money from the guy that was killed.

What was your favorite thing in GTA V so far? Let me know in the comments.