Developed by German game developer Keen Games, Portal Knights will be available for Steam Early Access on February 25, though there is currently no word on how much the game will cost. As the developers remarked on the game's Steam page:

"A decision on the final pricing will be made during the Early Access period, and may be higher depending on the amount of features and content added to the game."

The game takes place in a fantasy realm where a peaceful world has been shattered by a cataclysmic event called The Fracture, and it's the job of the players to restore peace to the world and reunite the realm, traveling various islands of the world through the portals that connect them.

From the look of the stills and the preview video, the game seems to have a Minecraft-meets-Skyrim-for-kids feel to it -- players choose RPG-inspired character classes like warrior, mage or ranger, and there are building and crafting elements, as well. 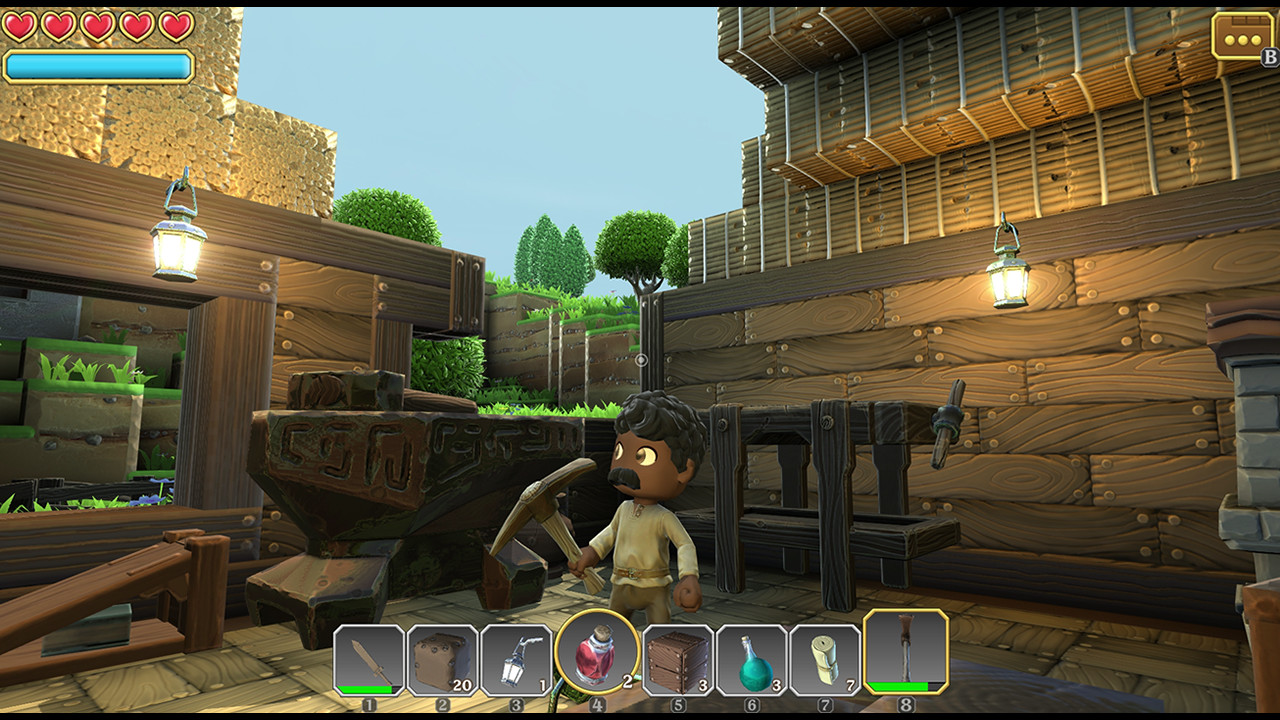 Players build their homes and then fight to protect them as just one of the many features of Portal Knights.

The developers have chosen to release the game with Steam's Early Access program because of the long history of sandbox-style games being shaped by the communities that play them. Depending on user feedback, there are a lot of features not currently in the game that they hope to bring to it before the full release -- including a variety of new worlds, more multiplayer features, and deeper RPG mechanics, to name a few. However, the end result ultimately depends on community response during early access.

What elements would make Portal Knights appealing to you? What features would separate it from games like Minecraft and Trove? Is it a game you would play yourself, or just one you would buy for your kids? Sound off in the comments!