Control Your Hype: 5 Things to Remember About Game Reveals

Some tips on how to keep your hype and expectations in check after all of those E3 reveals .
by The Soapbox Lord

Ah, game reveals. Those magical moments when an audience is bombarded with a trailer full of promises, potential, and possibilities. Publishers generally know how to make reveals massively appealing and whet our collective appetite for the title shown. When faced with these reveals, it’s hard to not jump out of one’s seat in child-like glee in sheer delight and excitement.

Remember when the lights dimmed at the Sony conference and Hideo Kojima walked onto the stage to reveal his new title Death Stranding?

The air was electric with a palpable sense of excitement you could feel even if you were watching the stream from home. I’ll admit I was rather giddy when Nintendo essentially devoted their entire time at E3 to showcase hours of footage from the upcoming The Legend of Zelda: Breath of the Wild (be still my heart!).

In fact, this year held several reveals which have cranked the hype up to 11. The return of Crash Bandicoot, hello childhood! Kratos returning in a Norse themed God of War with anger issues firmly in tow. Resident Evil 7 looks to be abandoning vapid, Michael Bay spectacle in favor of a return to the franchise’s horror roots. The Last Guardian finally has a firm release date, how long will that last? All of these reveals are just from Sony’s conference too! I haven’t even mentioned the rest of 2016’s E3.

If anything though, the amount of concentrated revealing and hype generation from this year’s E3 add more reasons to take a step back -- even if it is hard to stop drooling over Breath of the Wild footage -- and remain level-headed with a critical eye on these reveals. After all, the hype train cannot be allowed to barrel through everything. Speaking of hype…

1. All for the Hype and Hype for all!

Obviously, big reveals of what is on the gaming horizon, especially the ones seen at E3, are made to build hype and drive pre-order sales. There is nothing wrong with this. After all, the game industry is a business that needs money in order for developers to continue making the games we all know and love. However, as the consumer we need to keep in mind we are being shown these things for the express purpose of building hype.

Hype waggles tongues, spews Tweets, creates fan art, sells pre-orders, sparks discussion, and so much more. Hype is an integral part of the industry, and it is a vital phenomenon for games to continue to be made. There is certainly nothing wrong with being hyped for a game. (I am anxiously awaiting the arrival of Breath of the Wind after all, yet I am doing my best to keep my inner child restrained so as not to become over-hyped.) There’s nothing wrong with being excited for a game so long as the hype remains under control, and you do not pre-order the game.

2. Get Your Pre-orders Here!

If there’s anything the AAA culture likes more than gratuitous amounts of hype, it’s a plethora of pre-orders to accompany the hype to the prom. Pre-orders are important, since people who pre-order a game do not usually change their mind and cancel their order. This is a guaranteed day one sale, and the publishers love it.

Nearly every game shown at this E3 is already available for pre-order from Amazon and other retailers. Some of the reveals we saw at E3 were shorter than a regular television commercial and revealed as much information as Mei’s parka reveals skin. Despite knowing as much about these games as we do about when George R.R. Martin will finally finish A Song of Fire and Ice, some people will eagerly plop hard-earned money down on one of these uber-hyped titles. 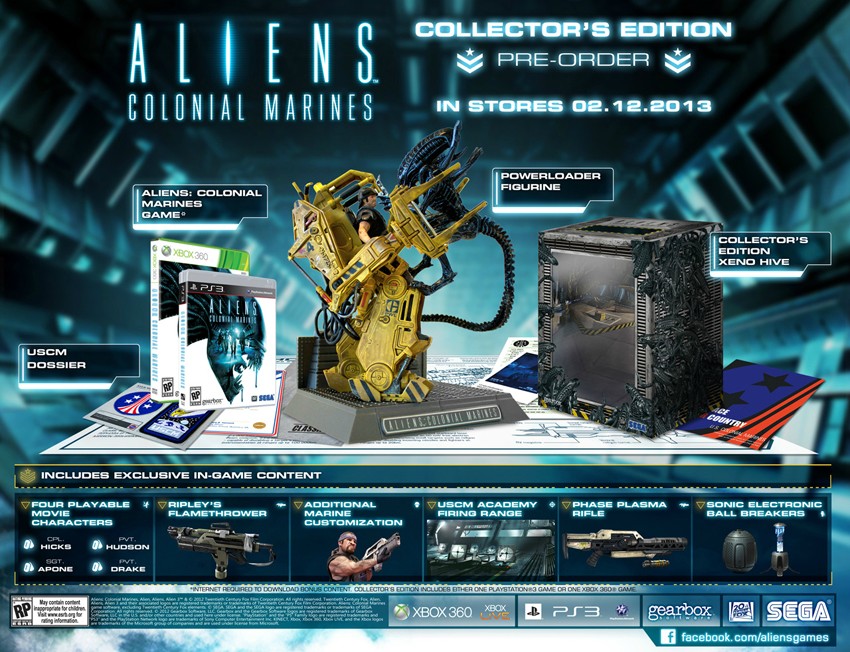 Publishers use these reveals to garner a response from us consumers which they know will provoke a response. While the response is not always what the publisher wants (Infinite Warfare trailer anyone?), usually a reveal leaves us fans breathless in anticipation and fervently scouring interviews for any details we can flush out of hiding. However, hype and pre-orders can lead to disappointment.

3. A Crash Course in Disappointment

What do Titanfall, Evolve, Watch_Dogs, and Destiny all have in common? That’s right! They were major releases accompanied by ridiculous amounts of hype, heaps of meaningless E3 awards, and scores of pre-orders. After all, it was Destiny that was the most pre-ordered new IP in gaming history.

Despite all these games had going for them, they had as much impact on gaming as a wet napkin has against a paper bag. Of all of these games mentioned, Destiny is the only one going strong in some form, yet it has had to work hard to reel in fans who became disenchanted with the game soon after release. How many of you reading even remember Evolve?

While none of these titles were bad games, the hype behind them had inflated expectations to major levels that would be difficult for any game to stand strong in the face of such expectations.

Speaking of expectations, let’s have a gander at Square Enix.

Squenix revealed at last year’s E3 it was finally working on a remake of the beloved Final Fantasy VII. And this E3 found Squenix showing more footage of Final Fantasy XV, which looks like it might actually release sometime this generation. Now Square Enix has a massive undertaking on their hands. Not only are they attempting to remake a much-loved classic (something I wrote about before), they are going to deliver a game after ten years of development and expectations.

A bromance ten years in the making.

Unlike Duke Nukem Forever, people have kept up to date with Final Fantasy XV and actually want it to be released. While I doubt the game will be a bad game, there will be plenty of fans who will be disappointed with the final game after anxiously waiting ten years.

Let’s go back to 2012. Ubisoft revealed a trailer for a gorgeous looking game called Watch_Dogs. It was stunning. The graphic fidelity on display wowed all who saw the trailer, and the game looked fun and interesting to boot.

The game dropped off the radar for a few months before popping back up with a new trailer. Fans were suspicious of the footage as it seemed to show the same areas as the original trailer, yet the new trailer did not seem to have the visual quality of the reveal trailer.

Fast forward to release, and PC players were reporting the game was nowhere near what was shown, and suffered from performance issues and those lovely Ubisoft bugs. In fact, the PC version had been changed to appear more like the console versions of the game. Some industrious modders remedied this problem, allowing PC players to play the game in a state closer to the reveal trailer.

Obviously, the reveal trailer had been made to run on a high-end PC, as the PS4 and Xbox One were not released at this time. The misleading part came when Ubisoft said nothing about the shift in platform development later and frantically denied any “downgrading” had occurred. They then tampered with the PC version in order for it to appear closer to the inferior console versions. Not cool, Ubi. Although it is possible they may have done this on more than one occasion.

Of course, Ubisoft is far from the only publisher to have used misleading trailers to drive hype and pre-orders. Remember that target footage of Killzone 2? Again, disappointment set in upon release.

Neither of these holds a candle to Aliens: Colonial Marines, though. Gearbox used blatantly dishonest “target” footage which was a far cry from the game being “developed” -- but that is a can of worms to discuss another time.

5. Would You Kindly Get Excited?

Publishers are (generally) smart and know how to manipulate our emotions with trailers and reveals. As I mentioned earlier, the reveals may not always elicit the response they desired, but they will generate a response of some sort and create buzz. These companies prey on our nostalgia, as evidenced at this year’s E3 when Sony announced they were finally bringing the Crash Bandicoot series back. These companies hope we will turn a blind eye to anything critical said since we are anxious to relive the games of our youth. Unless you’re a youngling that is, but your time will come soon enough.

While it’s exciting to see the games we grew up being released with current graphical fidelity for a new audience as much as the old, we have to be wary of the reveals that prey on our nostalgia. That being said, Crash is back! Ah the memories! Such great games! Alright, alright. I’ll control myself for the rest of this.

Again, I feel the need to reiterate this point, but there is no problem with being excited for a game after a reveal. Hype has been a part of gaming since the arcade and NES days, and it will not be going away anytime soon. Hype can be healthy and allow some games to receive attention they might not otherwise. The problem comes when we allow the hype to run rampant and potentially ruin the game for us by inflating our expectations.

Now as much as I have tried my best to keep my excitement in check, it’s time to drool over that gorgeous Breath of the Wild footage yet again!