The Talos Principle is a brilliant puzzle game with story and gameplay elements that blend remarkably well.
by Autumn Fish

It has been a long time since I picked up a puzzle game, and the itch to solve something huge has crawled up my spine lately. The Talos Principle has a lot of attention lately, so I picked it up and decided I'd give it a go.

The initial reviews left me skeptical—a lot of them bashed on the poor blending of story and gameplay elements—but contrary to those criticisms, I found the game to be incredibly enjoyable and full of curiosities.

It didn't take me long before realizing what the critics were talking about—the story and puzzle elements do not blend that well. However, so many reviewers use Portal 2—a nearly flawless game—as a point of comparison when reviewing puzzle games. Frankly, it's unfair. A game doesn't need constant, humorous narration to have gameplay and story elements that blend together beautifully, and The Talos Principle is a prime example of that.

The Talos Principle focuses on an identical theme for story and gameplay. When you find yourself stuck, you have to change how you perceive the situation in order to progress. Chances are, some of the puzzles are going to trick you into a mind trap, where you have difficulties seeing the solution unless you drastically change your perspective on the level.

Perception is key in The Talos Principle, and it perfectly draws from both story and gameplay elements. So while they appear to have little connection, they both carry a common theme—a theme that is very difficult for someone to work past.

The Talos Principle, at its core, is an excellently crafted 3D puzzle game that fully utilizes its puzzle elements better than many of its predecessors. If you are simply looking for a great puzzle game, look no further. The Talos Principle will challenge your mind beyond the limits of your conscious and relentlessly throw puzzle after horrifying puzzle at you until your brain fries.

This game progresses in a completely non-linear fashion. Right off the bat, the voice from the sky leads you to a room that branches out to five different puzzles and a locked door that requires you to complete at least three of them. Past that door is a portal that leads to a giant structure packed with gateways that lead off to more mini-HUBs.

I thought that was it, but as it turns out, there are even more. The Talos Principle branches out like a spider web, with the Great Tower in the center of it all, tempting you at every corner.

The story of The Talos Principle is told both through narration and environmental interaction. Essentially, you've just woken up in a world of machines and human history—even you are a machine. The only signs of the human race are the ruins you traverse throughout the game and the information you glean from terminals (computers) scattered across the world.

As soon as you wake, you are greeted by a disembodied voice that accompanies you throughout the game and goes by the name: Elohim—which means "gods" in ancient Hebrew. He speaks with what one might call 'divine' serenity and grace.

The mystery of The Talos Principle is incredibly intoxicating to anyone curious enough to pick up the controller.

Along the way, you will begin to spot QR codes on the walls, signed off by other humanoid machines like you—no, not real people, it is part of the mystery. It's not long before you start seeing others question Elohim, their purpose, or even their very faith.

The terminals let you access extremely corrupted library data records that allow glimpses into the past. Some of these glimpses are purely fictional and ahead-of-our-time for stories sake, but when it comes to human history, the accounts are surprisingly accurate. And it isn't rehashing your 9th-grade history class, it's teaching the things your history teachers might have failed to teach you—like the burning of the Library of Alexandria and why it is important.

The story of The Talos Principle sent shivers up my spine, and not always in a good way. Which is okay, I suppose—horror games give off the same feeling. 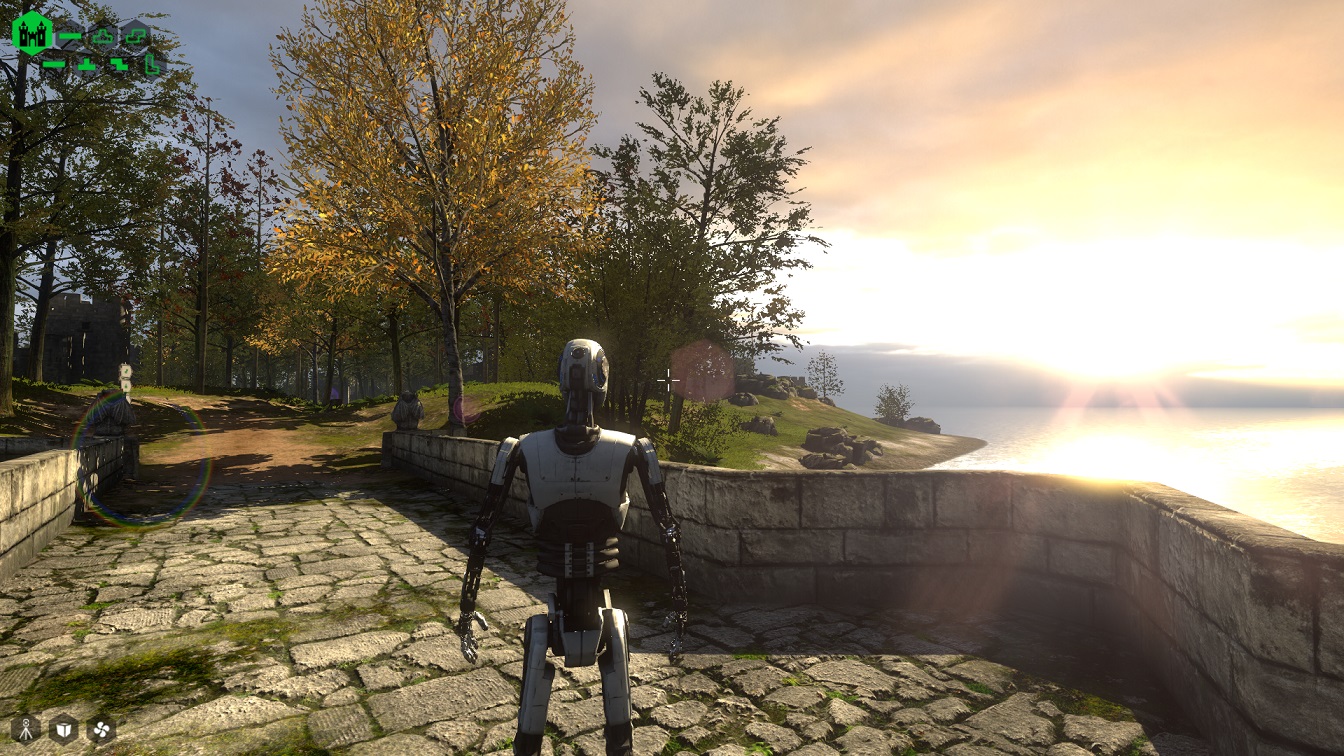 The Talos Principle cleverly uses 3D puzzling mechanics without entrusting the character to pull any crazy stunts like Chell would. You don't fly across the map to nab your prize. Instead, you're using your wit to beat the odds against the limited tools you're supplied. The Talos Principle pushes you to constantly question yourself, whether you're completing a puzzle or reading through the terminals. What is actually going on in this world? Our nature as problem-solvers is to discover the great mysteries laid in front of is.

The mystery of The Talos Principle is incredibly intoxicating to anyone curious enough to pick up the controller. Go ahead. Play it once. Play it twice. Don't say I didn't warn you.

At the time of writing, The Talos Principle is only out for the PC, but will be available on the PS4 sometime early this year.

Our Rating
9
The Talos Principle is a brilliant puzzle game with story and gameplay elements that blend remarkably well.
Reviewed On: PC
What Our Ratings Mean