Having trouble on a mission in Hyrule Warriors using Agitha? Agitha can be one of the best Warriors around, if you know how to use her.
by Autumn Fish

Hyrule Warriors offers a wide array of characters to choose from with their own unique styles of play. Agitha may seem like the bane of your existence right now, but she's actually an expert at dishing out damage and staying just out of enemy reach for the entire match. Any good Agitha player will be in and out of a crowd and juggling before they knew what hit them.

Hyrule Warriors is largely unfair to Agitha for they have a tendency to make Agitha a requirement for missions that can get stupid difficult sometimes—and for those people who don't know how to use her, it makes her look like a terrible character. Fear not, this character guide will tell you everything you need to know to get Agitha off her feet and sliding across the battlefield in no time.

Since the game features two different controller schemes, I will be discussing each characters' combos using Warriors style combo terminology. Combos are defined by how many total button presses you have performed when you hit your first heavy attack of the combo, and are written as C1, C3, etc. 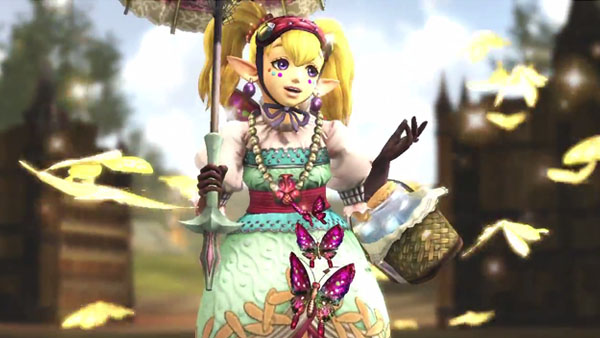 Agitha is an extremely versatile character—she even gets two elements in one weapon: Light and Lightning. Although these elements are a bit backwards in terms of their usefulness, there are still some clever tricks to get the most out of them both. With the proper care, Agitha can become one of the most terrifying forces in the game.

She's no Link or Volga, but she really knows how to swing a Parasol.

Agitha swings her Parasol (R1), stabs it forward (R2), jumps in the air (R3) slams back to the ground (R4) and finishes off by sending out Light Butterflies all around her (R5). For the most part, her basic string takes too long to use too much, and leaves her vulnerable. The first two attacks can be spammed and dodge-canceled if you want to really annoy an enemy, but there are better methods. Overall, you're going to find yourself using your combos a lot more with Agitha. 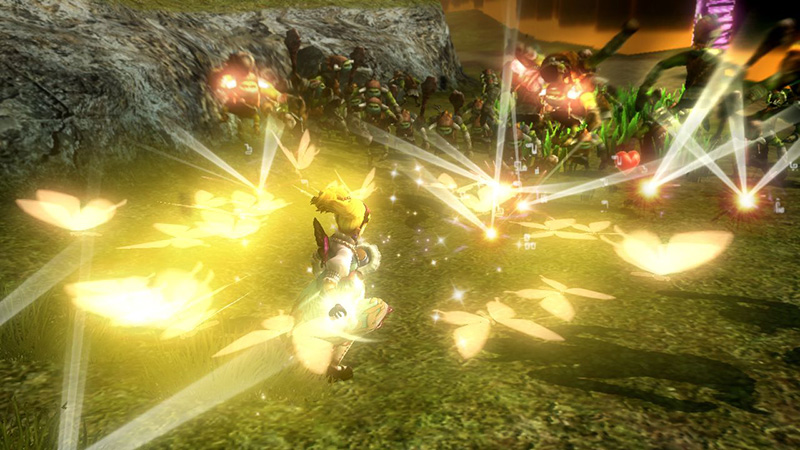 Just press the heavy attack by itself.

Agitha summons a giant butterfly and rides on top of it, which slowly deletes the gauge right under her special attack bar. Pressing the light attack button at this point will do a hurricane spin, pulling enemies in. Press the light attack button for a second time and she'll do a sort of backflip attack. These butterfly light attacks will do massive damage to enemies that are tall enough to be affected by it.

After you are done with the butterfly, pressing the heavy attack button will slam it into the ground, or it will disappear when the timer runs out. You should have enough time to get a full heavy, light, light, heavy combo out before the butterfly disappears.

This is a unique attack in that it can be led into during two of Agitha's other combos. It also keeps Agitha off the ground and away from monsters that way she doesn't get hit. Its light element is really damaging towards many tall foes. If you are in an area where the enemies aren't tall enough and you find yourself on top of a butterfly, it's best to skip the light attacks altogether and just slam into the ground.

One light attack followed by a heavy will result in butterflies spreading outward, launching enemies directly in front of you. Since this is a fast combo, it can be used to juggle enemies into infinity if you are quick enough. This is a great tactic for breaking Weak Point Gauges, since you can pretty much guarantee a break if you don't let them touch the ground first. It's close-range nature, however, does not allow you to get the most out of its Light element.

This combo makes Agitha hop up and down to summon a giant beetle. The animation is extremely long, however it is easily dodged out of early on—which is what makes this move worth it. Make a summoning circle, dodge out to make another summoning circle, then dodge out to make another one. Watch as one beetle after another crushes your foes in succession and launches them sky-high. 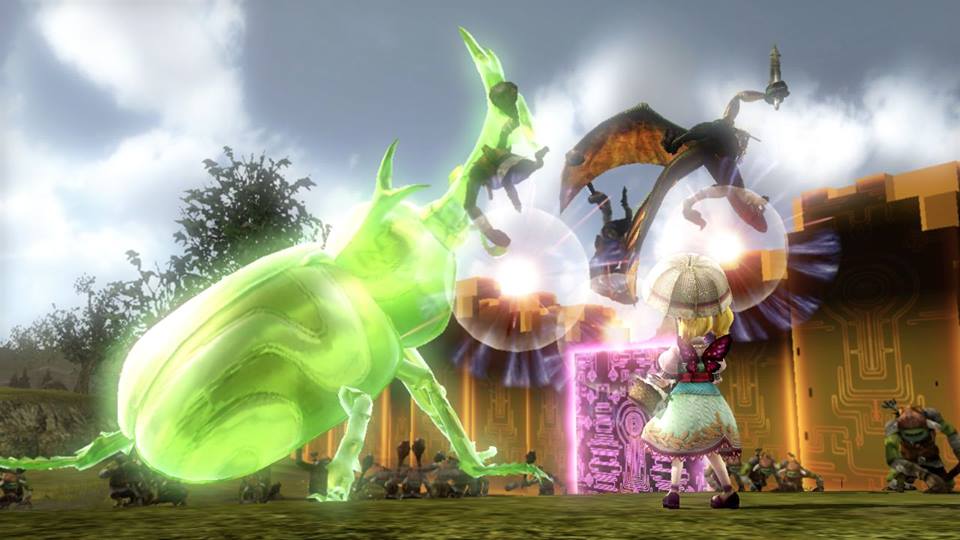 Using this move to launch a major enemy will give it Lightning element, which is great for juggling. If you can position yourself right, you can hit the launched enemy with a C2 and juggle them with your butterflies for increased damage.

This move is also recommended for breaking Giant Boss Weak Point Gauges. Timing the beetle to hit right as the gauge appears will get you a break pretty quickly, but any later than that and you'll have to combo it with your special attack.

The tornado created by your third light attack (R3) is sent forward, hitting and trapping enemies as it goes along. Since this attack ends in the air, you have two options. Pressing the light attack button will just smash you back down to the ground, while pressing heavy attack in the air will summon your giant butterfly to ride on.

Since the tornado trap is unlikely to kill any of the enemies it drags along with it, it may be a good idea to fly over and give them a good beating in the air with your butterfly, and end in a nice ground smash.

After slamming into the ground, you are sent back upwards with your Parasol held skyward to catch your fall, and summon a beetle which covers a long range in front of you. As this attack also ends in the air, it has the same options that C4 has to follow up. Since this attack often sends enemies flying quite a long ways, it may be better to just summon your butterfly and slam immediately into the ground this time instead of chasing after them.

The Lightning element is nice but it will hardly ever be utilized for juggling.

When you fill up a yellow bar and press the special attack button, Agitha sprouts a pair of wings from her back, hovers in the air for a moment, and hits enemies in front of her with a concussive blast of wind that'll send them whirling. This has a pretty decent sideways reach but not a lot of distance. It generally sends enemies flying in the air, but it's usually not enough to juggle off of. It is a decent special that's really helpful against bosses.

Agitha's Weak Point Smash is one of the very best in the entire game. Once you clear an enemy of their Weak Point Gauge, a beetle will come forward and send enemies sprawling, further than her C5. Afterwards, a butterfly comes flying back, and juggles those enemies back to Agitha, so she can put the beating on them again. This not only does a ton of damage and has a huge range, but it keeps the enemy you're specifically fighting close to you so you don't have to chase after them. Use this as much as you can.

This not only does a ton of damage and has a huge range, but it keeps the enemy you're specifically fighting close to you so you don't have to chase after them. Use this as much as you can.

Use this as much as you can.

Agitha is great at controlling the crowd, and playing both defensively and offensively when the need arises. Staying in the air with C4 and C5 combo'ing into C1 is a great way to dish out damage and stay out of enemies reach where they cannot harm you. Juggling enemies with C3 going into C2 really pushes up the heat on her unrelenting force.

Agitha is not a joke, and truly a force to be feared once you know how to use her. So get on and practice for those hard Adventure Mode missions that the sadists a Koei Tecmo designed for people just like us. With the right strategy, anything is possible!