Just because it's still in beta doesn't mean we can't take a look at the skills and runes available for the new Necromancer class in Diablo 3.
by tofuslayer

The Necromancer class for Diablo III is currently available for beta players, and so far, there are no specific items for the class. However, we do know what skills and runes the class has so far. Though these may change as we move closer to the official release of "Rise of the Necromancer," we can get a feel for what kind of builds we can use with this class when we get the full release.

We can most likely base the D3 Necromancer loosely off popular D2 builds, and there are a lot of new things to factor into that equation. The Witch Doctor class essentially replaced the Necromancer class in the transition from D2 to D3, and Blizzard has worked to make the new Necromancer class distinctive from the WD and its D2 predecessor. With these new abilities, there are so many new possibilities for powerful builds that bear no resemblance to the original Necromancer.

Obviously, it's the players choice whether they want a more skill-dependent build or a gear-dependent build. However, since we don't have any Necromancer specific items just yet, all we can do is speculate, and base projections off past weapons we saw for the D2 Necromancer. While the items will undoubtedly be different, they will definitely have gear that boosts the major skills for the new class.

Ideally, we'd have gear that adds to the skills and runes we center our builds around. However, another factor to consider is that many skills for the new Necromancer class, such as Blood Nova and Blood Spear, use health as a resource. Having a solid set of armor, as well as ranged weapons (such as wands or staffs), will help preserve your health.

You can get the full list of skills and runes from the official Diablo III blog here.

The post has a disclaimer that the "numbers and functionality may still be subject to substantial change" once the class is out of beta, so we won't get too specific about DPS and other nit-picky details just yet.

And despite the possibility of "substantial change" in the future, we can start to get a general idea of what kinds of skills we want to use for our builds. These "builds" aren't exact builds, but more of a guide to give you ideas for what kind of skills you can center your builds around.

One of the really cool things about this new class is the ability to summon pets and have them fight for you. So far, the general consensus is that Command Skeletons is a must-have skill.

These are just a few base skills to center your build around. You can add more passive or active skills depending on your preferences.

One interesting feature of the Necromancer is the ability to use health as a resource cost. Blood Nova is a rune for the Death Nova skill, which costs 10% of your health and deals 450% weapon damage to enemies within 25 yards. While this is a powerful skill, equipping it forces you to more fiercely preserve and restore your health.

This is a cool idea from this review of the Necromancer beta. The idea is to equip cold skills to keep enemies at a distance, which is ideal for the Necromancer, who is less of a melee fighter. Since there are a lot of cold runes to work with, there's a lot of creative freedom you can take with this idea. 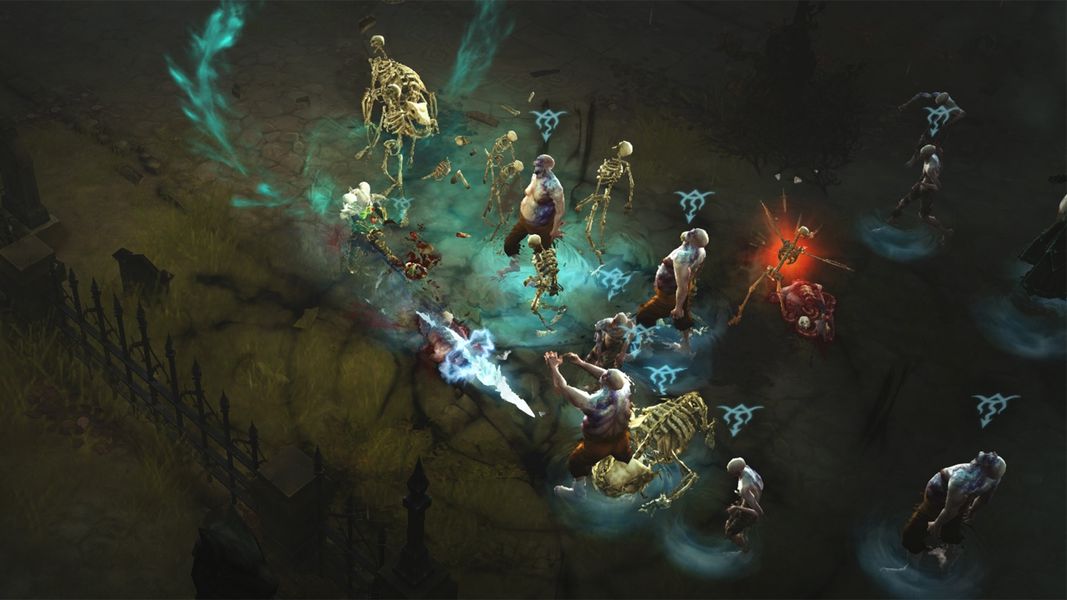 These are just a few ideas for potential builds you could use. One of the better ways to use the Necromancer is to focus on ranged attacks, generally by using your summoned minions to create distance or slow your enemies down. Between these three loose guides for Necromancer builds, you have three templates you could potentially base future builds off of.

You can use one or any combination of the three, or even try to pull off a more melee type build if you're the ambitious type.

If you're planning on purchasing the "Rise of the Necromancer" expansion pack, what kind of builds are you planning? Let us know in the comments below!