The Most Hilarious and Unusual Side Quests in RPGs [SPOILERS]

A Look a some of the most humorous or otherwise strange quests in RPG history.
by chopchamen

Ahh, side quests. No RPG would be whole without them. Skyrim would be about JUST killing dragons. And as awesome as that sounds, you know that side quests often serve a greater good. They can flesh out the story, add to the lore be there purely for the sake of comedy -- or at the least, to make you scratch your head.

Below is a list of comedic or otherwise strange missions from the RPG world. 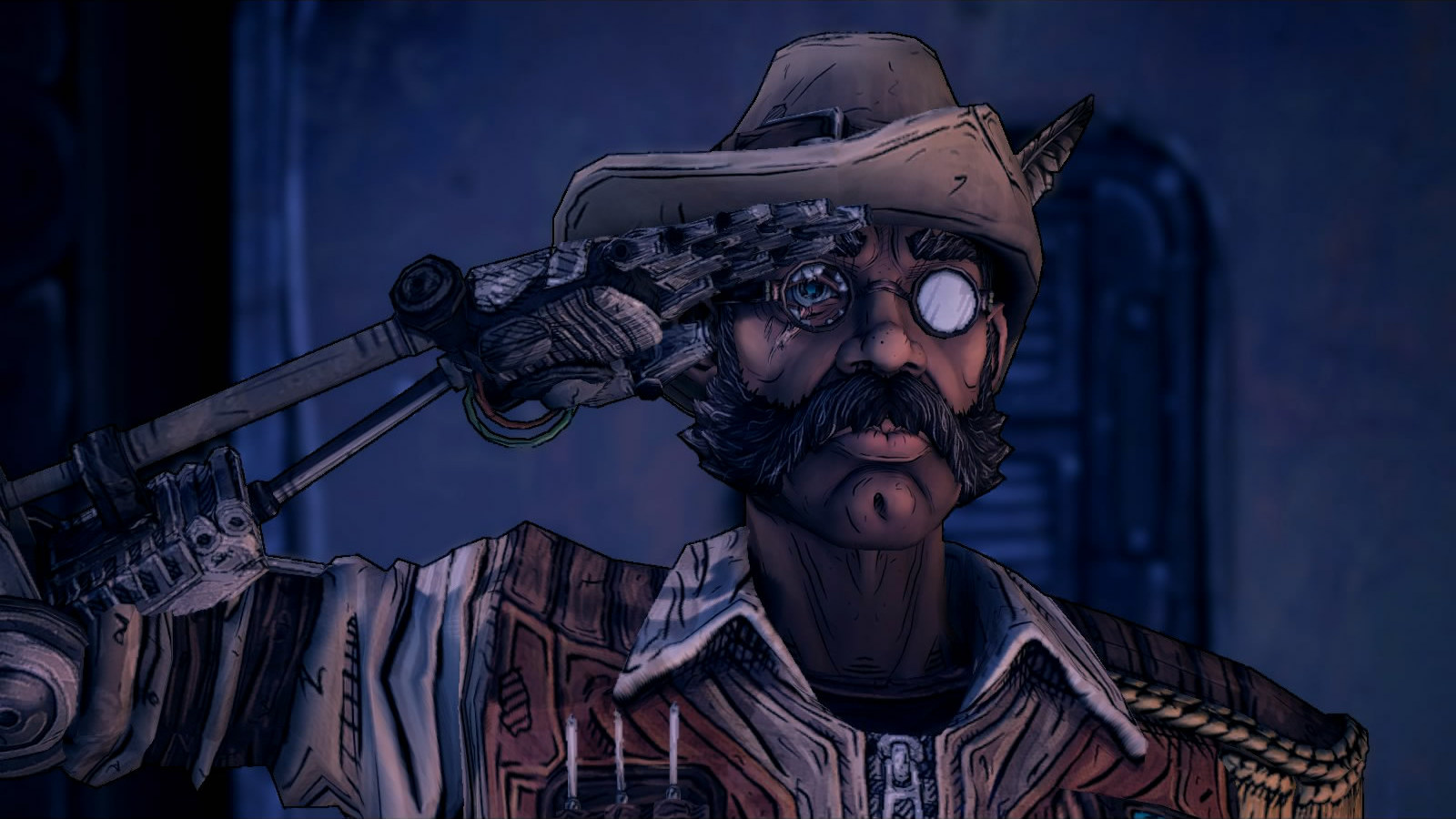 In this quest you must aid Sir Hammerlock in researching the Bullymongs to come up with a more fitting name. In the process, he comes up with a few names that get shot down by his publisher.

He finally becomes frustrated and says, "I'm so sick of coming up with names for - you know what? 'Bonerfarts' All of them - That's right we're calling them 'Bonerfarts' now. Just kill a few of them or something. I don't care anymore." It's slightly shocking hearing such a gentleman say something so brusque!

In this quest, you deal with a naval ship that somehow ended on top of a building near Bunker Hill. During the quest, you have to deal with the ship's all-robot crew. You also have to make a number of repairs to the ship, and eventually, you must choose an alliance with either the robots or a group of scavengers nearby.

But Fallout 4 does have some truly great and inspiring quests you should definitely check out, too. 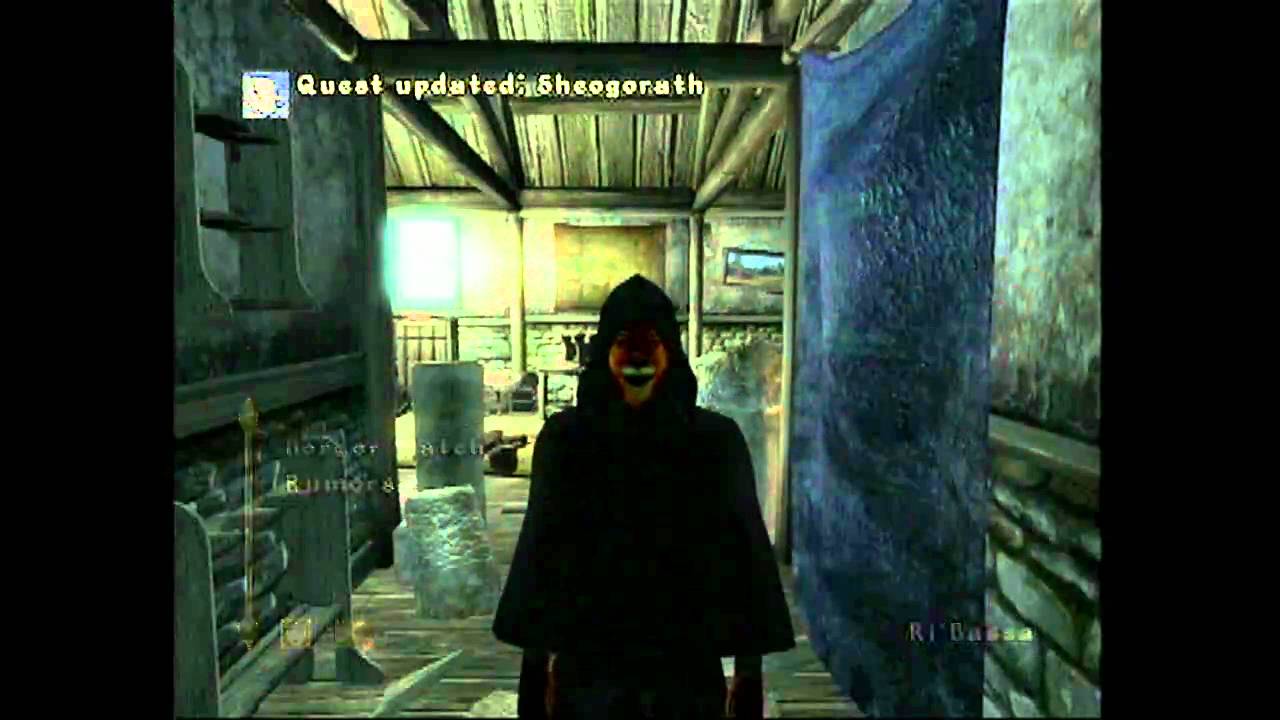 To begin this quest you must get lettuce, yarn and lesser soul gems to offer at the shrine of Sheogorath. After you do this, you hear Sheogorath speak to you, and he tells you to go to the settlement of Border Watch, where the inhabitants are a superstitious bunch.

You are to approach their shaman, Ri'Bassa, whom you are to ask about "The K'sharra Prophecy," or the three signs of the end times:

Your job is to play with these poor Khajiits' minds by bringing about these signs yourself.

First, you have to get into the inn where the owner has cheese wedges in display cases. After stealing them, you have to cook them in a pot outside, after which a wave of rats pour into the village.

Ri'Bassa then places rat poison in the middle of the rats in an attempt to thwart the infestation, but you pick up the poison instead and use it on the Khajit livestock. After this, Sheogorath tells you to head to the center of town. Once you do this, the sky turns red, and it starts to rain flaming dogs -- because cats are scared dogs, I guess. Then you return to the shrine for your reward.

It's all pretty darn strange if you ask me... This odd Chrono Cross quest starts off with you finding a skull in Fossil Valley, which talks to you and asks you to find all the pieces of his body that are scattered around the world. This quest can take a while to accomplish, but once you put Skelly together, he runs off and says he "owes you."

Later, if you head to Termina, and enter his grandma's house, there is an oddly touching scene in which Skelly and his grandmother reunite, shedding tears of joy. If you leave and re-enter, you can recruit Skelly as a member of your party.

So, in the end, it's all pretty worth it.

6. Final Fantasy Tactics: The War of The Lions: Getting Cloud

In this quest, you have to do a lot of travelling and fighting, experiencing a few weird events in the process. Things like: saving a dragon, (who later turns out to be a human woman, not a dragon), waking up a robot who then becomes a party member, and witnessing Cloud burst on the scene Terminator-style, only to then see him freak out and run away.

Later you find him in Zarghidas, where he is fighting a group of thugs that are trying to bully a flower girl (who was coincidentally named "Aeris"). After successfully saving Cloud, you gain him as a party member.

5. Skyrim: A Night to Remember

There is a man named Sam Guevenne who appears at random in one of the taverns of one of Skyrim's major cities. And if you talk to him, he will challenge you to a drinking game, which you win only to black out.

You wake up in the temple of Dibella in Markarth. The priest there says that you came in, making a commotion and that you need to clean up after yourself. After doing this, she will point you in the direction of Rorikstead, where you had stolen a man's goat and sold it to a giant.

The man tells you to get his goat back, and after you do this, the man points you in the direction of Whiterun, where you had taken a ring from Ysolda to propose to your "fiancee," who turns out to be a hagraven. You try to get the ring back from your fiancee only to be attacked (which is very nice when you think about it ...).

After you get the ring back, Ysolda tells you the ceremony was going to take place at Morvunscar, and Sam was supposed to be your best man. You go to Morvunscar, which is a fortress occupied by a group of mages. Inside of Morvunscar, there is a portal to Misty Grove where you find Sam sitting with others at a table. Sam then reveals himself to be Sanguine, the daedric prince of debauchery. He gives you his artifact, and you're teleported back to the tavern where it all began.

It comes as a surprise that the dog approaches you and talks to you: it's pretty funny considering he sounds like a cross between Gilbert Gotffried and Andy Richter. As it turns out, his name is Barbas, and his master is Clavicus Vile, the daedric prince of trickery and wishes.

Barbas leads you back to one of Clavicus' shrines in Haemar's shame, where you confront a group of vampire cultists and then proceed to the shrine. There, you speak to Clavicus Vile himself who asks you to obtain an axe he lent to Sebastian Lort in the past.

Once you obtain the axe, you return to the shrine and Clavicus offers you the axe if you kill Barbas with it. However, if you refuse, Barbas returns by Clavicus' side and you receive the masque of Clavicus Vile.

So not only does Skyrim have some pretty weird quests, but it's also got some of the darkest quests in any RPG.

This quest begins with a radio broadcast that you hear near Goodneighbor, which takes you to the memory den where you talk to Kent Connolly. He asks you to retrieve the Silver Shroud costume and the Silver Shroud submachine gun prop.

Once you retrieve these, you bring them back to Kent, and he takes them and comes up with an idea: He wants to make you the silver shroud so you can fight crime on the streets of Goodneighbor. He then gives the costume back to you with a real Silver Shroud submachine gun to go along with it, after which he instructs you to listen to the Silver Shroud Radio to find your targets.

You confront a murderer, a man who sells drugs to kids and an assassin, as well as two raider leaders, before finally pissing off Sinjin, the guy who's pretty much behind all of the criminals throughout the quest. Sinjin kidnaps Kent and broadcasts a message over Silver Shroud Radio telling you to come find him at Milton General hospital.

After you arrive at the hospital, you have to fight your way through a series of raiders before you reach the basement, where Sinjin is holding Kent hostage. After you kill Sinjin and his thugs and speak to Kent, it seems he has thrown in the towel on the whole Silver Shroud thing. However, he can later make you an improved Silver Shroud costume as a belated reward for the quest. 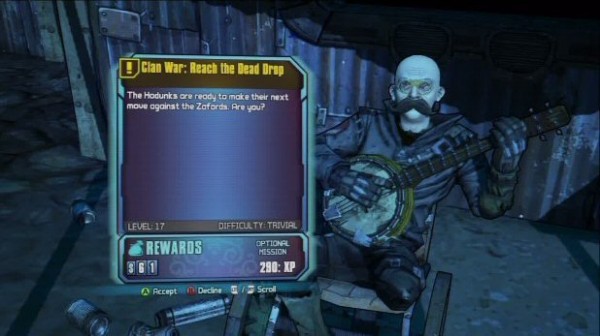 In this quest you help Ellie start a clan war between the Irish Zafords and the hillbilly Hodunks. Each clan has stereotypes coursing through their being, making for some humorous moments.

In the process of this quest, you will blow up the Hodunks' main gate, sabotage the Zafords' liquor distillery, sabotage the Hodunks' racing track, talk to a gibberish speaking old guy in a wheelchair, kill a leprechaun, burn down the Hodunks' trailers, get wasted at Moxxi's and infiltrate the Zafords' bar and crash their annual wake. By the end, you have to choose one side and finish the other side off.

1. World of Warcraft: The Day that Deathwing Came

In this three-part quest, you listen to three characters telling their story about the day that Deathwing came. What's more, you get to actually play as these characters in their hilarious tall tales.

You first play as Theldurin the Lost, who claims he "punched Deathwing in the face." Afterward, he runs through the valley, punching Rock Elementals along the way, eventually approaching Deathwing and in fact, punching him in the face.

You then play as Lucien Tosselwrench, who claims he used a device to "keep shrinking the world down until he reached the clouds." He keeps looking in the clouds only to realize that Deathwing must be hiding in the sun. Lucien then reaches for the sun, grabs Deathwing and throws him to Kalimdor.

Finally, you play as Martek the Exiled, who claims he "had a tender moment with his chosen beauty on his flying motorcycle" before having a knife fight with Deathwing. Sadly, before he gets to the knife fight, he is rudely interrupted by the previous two storytellers cutting in with their tales again, merging all stories into one.

There you have it. Looking at all these quests has been a blast -- and reminds us: RPGs can be wild and crazy places!

Do you remember these quests, and did you like them? Do you have anything even more funny or strange hidden up your sleeve? Let us know in the comments!