What is Speed Gaming? Part One

Discover Speed Gaming and what that is all about!
by Pendy_617

I was sitting on my couch playing FFXIV:ARR when my roommate said, "Hey you seen this video?" The video in question was someone playing The Legend of Zelda: Ocarina of Time. Pretty normal, except then I saw that the video only lasted 29 minutes. Again, nothing special--I figured it was just highlights or something funny. Turned out the video was a highlight. A highlight of this guy beating the game in about 24 minutes. WHAT?! This game I spent months on as a child and played over and over, this guy was destroying it in 24 minutes; and you know what... it was awesome!

After watching someone just dominate one of my favorite games, I needed more games, more speed! So I did some research on YouTube and found that this was not a small community of a few guys doing glitches and cool tricks. This is a worldwide separate culture of gamers that just loved gaming and loved speed.

So What Is Speed Gaming Exactly?

Despite what most people might think right away, Speed Gaming is much more than just beating the game as fast as you can. For example, this is a bingo card for Zelda:OoT. This is just one of nine racing categories on Speedrunslive.com. But it's not just games like Zelda. Games such as Super Mario:64, Super Metroid, and Pokémon Red also have bingo cards. All the games have certain categories and objectives that you must meet and then beat the game. There are limits on what glitches you can and can't use. So the objective is always speed, but there are many rules and other things to consider when trying to speedrun. 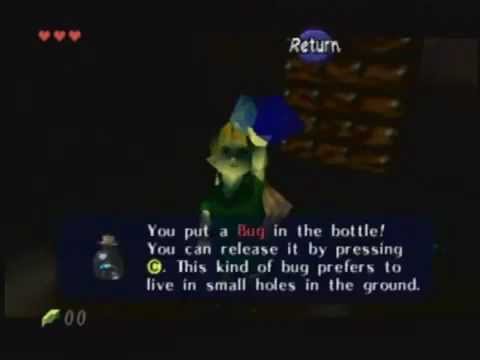 Speedrunning is more than just being an amazing player at whatever game it is, and make no mistake, no matter how many tricks and glitches there are, they don't take the place of practice and good play. The reason for the photos above is to talk about a crazy glitch in Zelda:OoT. If you use the bottle and ocarina and do some frame perfect jumps, you will be teleported to a specific spot in the game rather than being taken to the cut scene at the end of beating a dungeon.

That is obviously the most basic explanation possible, but I don't want to explain the programming behind these glitches in this part of the series, rather I want to expose more people to this community of gamers. Next time we will look at Twitch, Speed Doms Archive, and how these organizations are raising literally millions of dollars for charity. Click here for Part Two.