The Dragon Slayer Awards are back with a special award reserved for epic Twitch streamers. Have your say on who should win!
by Yasmin Curren

The Dragon Slayer Awards are back, allowing you to have your say on what and who are the gems of the gaming world. The awards this year focus mainly on games, comics, communities, and even gaming personalities! The Internet has developed into a place where people can not only play games but also enjoy watching others play professionally for money, how cool! But the big question is:

Who is the Most Epic Twitch Streamer of Them All?

I Live Under a Rock... What is Twitch? 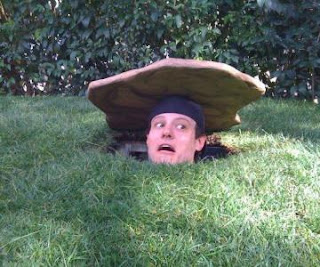 Twitch.tv has become a hugely successful video streaming platform dedicated to all those who love gaming! The website has become a host to many esports events, a creative outlet for artists who are inspired by games, but most commonly Twitch is home to thousands of gameplay streamers from around the world! These people live stream, sometimes throughout the entire day, gaining money from adverts and paid subscriptions if they are entertaining enough.

What Makes These Twitch Streamers so Special?We all love playing games, so playing professionally every day sounds like a dream come true! But there is still a certain amount of skill involved besides being good at playing games. How entertaining are you while playing a game? Sure, the first half an hour, or even hour, you might be energetic and enthusiastic; but these streamers have to make sure to stay entertaining for their viewers for up to 8 hours (even longer for some hard-core streamers!) It must be challenging when you are worrying about how your viewers see you while trying to immerse yourself in the game.

These streamers aren't only well-versed in gameplay, they also know their stuff when it comes to social media. It's not just luck that they are one of the most popular streamers out of the thousands who do it globally! They know how to push themselves and their content into the public eye by constantly interacting with their viewers, using social media platforms to advertise their streams, and I'm sure many other tactics that I, as non-streamer, wouldn't know.

Why Watch Other People Play Games on Twitch?Let's face it, 'Let's Players' have been around for a few years, gaining some attention. PewDiePie is a popular and prime example of this, uploading gameplay videos to YouTube regularly. But Twitch offers us a more immersive way of sharing gameplay with each other. Through Twitch, the viewers don't get to miss a second of gameplay, therefore we get to see the player and game for exactly what they are, as there is no editing or cutting involved.

With Twitch's chat box, the viewers get to finally feel involved in the content that they are watching, giving advice to the streamer, for example; "Hey, dummy! You missed that chest to your right!" The streamer can see that comment and go to check out the chest! It's like when you yell at your TV when a character hears and odd noise and is about to follow it into a shady looking basement, but instead they listen to you and say "Oh gosh, thank you, I could have gotten mauled to death down there if it wasn't for you!" So, in a way, the viewers get to actually have input on the gameplay! Or they could just get to know what everyone's favourite colour is within the chat, either way they get to communicate while they watch, which forms some sort of community around the Twitch streamer. This makes watching a person through a screen a lot more entertaining!

Let's Get Voting!So now that you know all there is to know about these hard-working Twitch Streamers, it's time to make a decision. The awards are being held on Guild Launch, GameSkinny's sister site. Who do you think deserves to win 'Most Epic Twitch Streamer' of 2014?