Today I'll be breaking down 10 original Sonic vocal tracks that in my opinion are so bad or seemingly out of place they end up becoming great. Some are even incredible, keep in mind this list will be purely my own opinion and even somewhat satirical in retrospect.

For perspective there are hundreds of songs spread out across the Sonic series, so this list will strictly include songs from worst to best with vocals from actual artists or bands, I'll also be highlighting some awful lyrics.

If you want just the good stuff, check out this list instead, If you just straight up want awful Sonic music -- look no further than Sonic Chronicle: The Dark Brotherhood's OST.

This song over all just sounds really out of place and it's absolutely horrible, just like Sonic R was -- so it shouldn't really shock anyone. This track was written and composed by Richard Jacques and the vocals were performed by TJ Davis.

Can you feel the sunshine? (Ah right, the name of the song!)
Does it brighten up your day?
Don't you feel that sometimes
You just need to run away?
Reach out for the sunshine
Forget about the rain
Just think about the good times
And they will come back again

It sounds like whoever wrote this was terminally depressed and just wanted a vacation. This song borders on being so bad, it's simply bad. But I think it ends up being good because of how potentially depressing these lyrics are -- so it's a winner in my books.

This is so high up on the list simply because the song borders on being actually half decent until you get past the first chorus or so and just like #10 it sounds kind of out of place.

But don't you worry, we're gonna go very far past that thin line of awful to weirdly good, at least to me -- soon enough. Written by "Runblebee" with vocals performed by Steve Conte, this ends up being a half decent song for 20 seconds stuck in an extremely forgettable video game.

Sonic and the Secret Rings in general was wasted potential, especially considering it was set within the fantastic Arabian Nights Universe and borrowed heavily from the original Aladdan and the Magic Lamp. The opening chorus to this song in general is fantastically bad.

You read that correctly "make believes reborn" -- this is legitimately how this was written. It just seems like they took a bunch of buzzwords and slapped it together into a chorus, but hey it comes off sounding pretty cool -- that's a plus!

Remember that thin-line I talked about? We're crossing it -- it's getting blurred -- we're going down the rabbit hole of early 2000s pop punk rock songs (that I unironically love) -- don't believe me? Listen to the vocals of this song, then compare it to Blink-182 - All The Small Things.

This is the main theme of Sonic Unleashed, it's performed by Jaret Reddick of Bowling for Soup, a pop-punk band best known for their work on the Disney channel. How terrifying.

Now plug your nose for a moment with your fingers, put on the best Blink-182 voice you can, then sing these lyrics, now you too can be a paid musician by SEGA!

You probably don't remember this one, because nobody actually wants to remember this game or the Kinect for that matter. Sonic Free Riders was a Kinect exclusive for the Xbox 360 that even featured local co-operative racing.

Yes, you read that correctly -- local co-operative racing -- it unironically looked liked this...

This is the main theme of the game, simply titled "Free" -- composed by Jun Senoue who has composed and contributed to a great deal of sonic songs and written by Johnny Gioeli and performed by Chris Madin.

Into the free, into the me
Into the ever knowin'
Felt so refrained,
Felt so constrained
But now I’m breaking out and

I can almost imagine in my head what the creative process was like right now...

Jun Senoue: Hey John, I need you to write a theme song for an upcoming Kinect Sonic game we have in the works -- it needs to reference the free movement of the Kinect, so Microsoft will actually pay us.

Johnny Gioeli: Oh yeah sure, any ideas or over-arching theme you want?

Jun Senoue: No, just put the word "free" in there a lot with plenty of buzzwords based around freedom or something, like free-falling!

Johnny Gioeli: Uh- o-okay sure, what do you wanna call it?

It even got a pop-punk version by none other than CRUSH-40!

Can you guess what game this is from? I think I need a reminder, let me re-listen to the song again... OH RIGHT! Sonic Heroes! The game where Knuckles would grab Tails and Sonic and use them as fists to smash boulders, what an asshole.

Written and performed by Crush 40, a pop punk band with the only tie to fame being the dudes who do Sonic music. You'll see them one more time on this list, we're officially going down the rabbit hole from here on out ladies and gentleman.

Out of curiosity I put the entire lyrics of the song into Open Office and did a word count for "Sonic Heroes" -- 18 times if you're curious, truly a magical song.

This song and game was my jam growing up, I used to have the Sonic Adventure 2 trial / demo disc on Dreamcast. Which only featured one level (City Escape) -- so this song ended up being ingrained into my mind as I ended up replaying it numerous times. This song also may possibly be on my phone, I'm sorry if you think ill of me because of this. 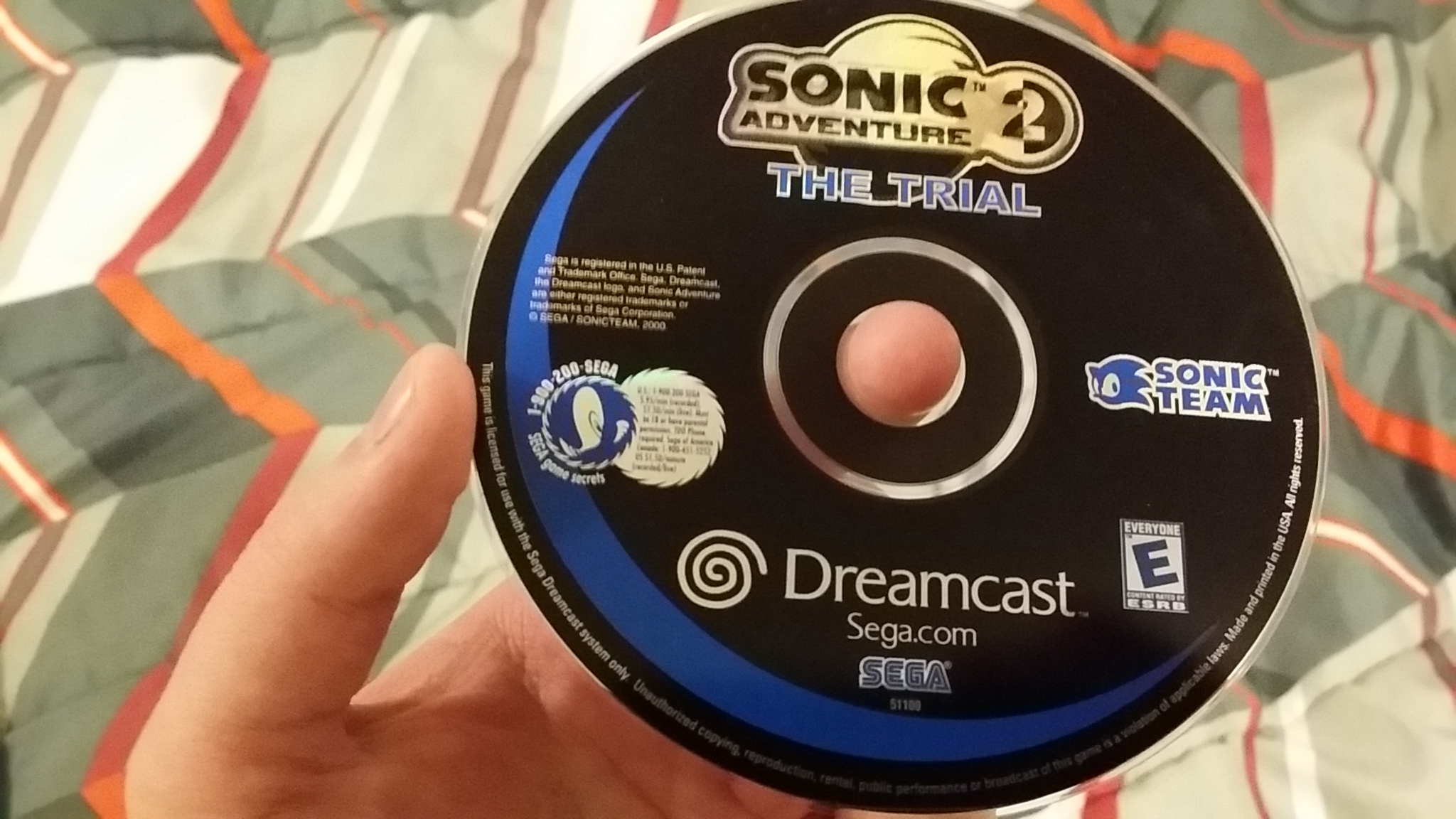 The song itself was composed once again by Jun Senoue and performed by Ted Poley and Tony Harnell.

Rolling around at the speed of sound,

Got places to go, gotta follow my rainbow!
Can't stick around, have to keep moving on,
Guess what lies ahead, only one way to find out!

Must keep on moving ahead,
No time for guessing, follow my plan instead.
Trusting in what you can't see,
Take my lead; I'll set you free.

Trust me and we will escape from the city.
I'll make it through, prove it to you.
Follow me!

This song would be perfect for the reboot of Escape from New York!

Sonic The Hedgehog (2006) is -- you know what? It's almost 12:00AM as I type this and I don't wanna think or talk about Sonic 2006. So let's just discuss the song itself instead. It's the main theme of the game and Sonic himself, composed by Tomoya Ohtani and written and performed by Matty Lewis and Ali Tabatabaee from the band Zebrahead. It's a rock-rap song, so you know you're in for a good time.

Notably the Sonic Wikia had this to say,

"The lyrics of the song are written in the perspective of a narrator who describes all of the heroic and courageous aspects of Sonic, and what it would be like to live the fearless life Sonic does."

C'mon and light the fuse, he's a rocket and he's ready to go,
'Cause now the countdown has started and he's ready to blow.
He's got the dope sounds pumpin' in his stereo. (-eo!)
Kickin' ass fast, puttin on a show.

My reaction listening to this for the first time.

I may or may not have this song on my phone as well, take that for what you will.

This song is really stupid, just like Knuckles himself. It starts off like a rap tune, then turns into an RNB song out of nowhere and keeps switching between the two. It's so bad yet amazing it ended up creating some incredibly hilarious remixes.

Acting as the theme for Knuckles himself for Sonic Adventure, it was performed by Marlon Saunders with Dred Foxx. (The voice actor of PaRappa in the PaRappa the Rapper series)

Here I come, rougher than the rest of them
The best of them, tougher than leather
You can call me Knuckles, unlike Sonic I don't chuckle
I'd rather flex my muscles

I'm hard as nails, it ain't hard to tell
I break 'em down whether they're solid or frail
Unlike the rest I'm independent since my first breath
First test, feel the right, than the worst's left

On that note, this song is the reason this list has been made, and I fully blame GameSkinny Editor Pierre -- this whole list is your fault.

GET A LOAD OF THIS! Another tune from Sonic Adventure 2,  this is absolutely my favorite song on the entire soundtrack. It is so goddamn hilariously self aware of how bad it is lyrically. You can tell they just had fun recording this, this was my alarm clock for a good year or two on my phone back in the day and I unironically still hum this to myself every so often.

The song itself was written and performed by Paul Shortino.

I am the Eggman, that's what I am

I am the Eggman, I got the master plan

I am the Eggman, that's what I am

I am the Eggman, with the master plan

Need I remind you who he is again!? HE'S THE EGGMAN -- THE ONE WITH THE MASTER PLAN!

Shadow the Hedgehog (the game) -- I feel like was created simply by SEGA watching the success of Grand Theft Auto so in response they gave shadow a motorcycle and a FUCKING GUN. 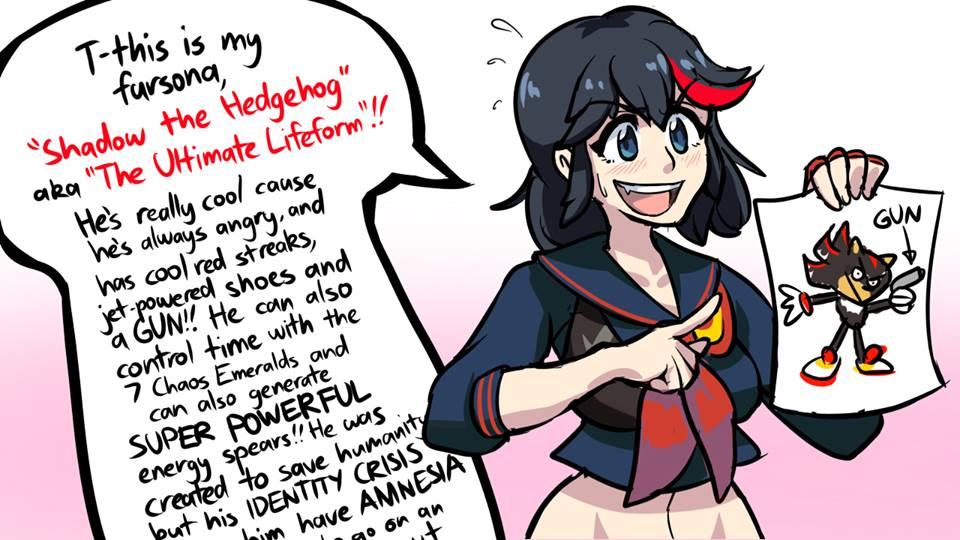 I guess somehow in their minds this would potentially appeal to the Grand Theft Auto demographic, did it work? Well the game over all had some cool concepts like multiple endings and in the end it wasn't half bad compared to what would come after it... But it tried so damn hard to be cool. As for the song itself, it's the main theme of Shadow The Hedgehog and Shad- himself? It was once again written and performed by CRUSH 40!

I'm not gonna lie, I love this song. It's comedy gold for me every time I hear it, let's check out these,

I hear no, see no evil
Black writing on the wall
Unleashed a million faces
And one by one they fall

Go ahead and try to see through me

I hope to one day sing this with friends at a drunk karaoke. But until that moment, what are your favorite so bad they're good sonic songs? Let me know in the comments and for everything Sonic, stay tuned to GameSkinny.