More than just a game: A look into how big eSports have become

An analysis on how eSports compares with traditional sports.
by Kevin Cobban

With tournament cash pools and viewer ratings now in the millions, eSports is quickly becoming one of the most profitable aspects of the video game industry. People who follow eSports are aware of the industry's success, but how does it compare with more traditional sports? By looking at cash pools, event attendance, and viewer counts for the biggest eSports tournaments, it appears that eSports are catching up at a surprising rate.

Lets start off by comparing tournament rewards and incentives.

Although professional sports players receive seasonal contracts that guarantee a salary, both eSports and traditional sports teams look forward to tournament cash pools. Take Dota 2's International tournaments (TI), for example. TI 2015 broke records last year by having the largest cash pool of any eSports event -- a whopping 18.4 million dollars. Even though the prize money is split among all the team members, the winners, Evil Geniuses, walked away with $6.6 million.

Even less-profitable game tournaments like SMITE's World Championship (SWC) or BlizzCon 2015 offer teams a generous cash reward. SWC 2015 had over $2.6 million in rewards, while the Heroes of the Storm Championship at BlizzCon 2016 had $500,000 as its reward.

While these rewards are great for professional gamers, how do they compare with their athletic counterparts?

In the 2013-2014 Stanely Cup, the NHL awarded $13 million to teams that made an appearance at the Playoffs. The team that won the Stanley Cup earned over $3.7 million in bonuses. With this bonus being split over an entire hockey team, eSports players can actually make more in tournament rewards than traditional pros.

Even if eSports players make less, the tournaments they play in are just as popular.

League of Legends set records last year when they broadcast Worlds 2015. According to LoL eSports, the championship series drew in an average of 4.2 million viewers across 73 games. Even more impressive, the Finals between SKT and Koo Tiger peaked with 14 million viewers, which was 3 million more than the previous Worlds. For comparison, the 2015 NBA finals peaked with 20 million viewers across six games, and the 2015 Stanely Cup averaged 5.5 million viewers. Clearly the world of eSports is reaching a greater audience, and we can expect these numbers to continue to rise. BlizzCon 2015 sold 25,000 tickets so that fans could come see the 2015 Heroes of the Storm Championship, as well as other Blizzard announcements and events. While not every one of those 25,000 people attended the Championship games, it is quite a turnout, considering the first BlizzCon back in 2005 only sold 800 tickets. The gaming event industry in general is booming.

Other eSport events, such as the LoL Worlds 2014, were even more successful by selling out a 45,000-seat stadium. Just look at how massive the event turned out. 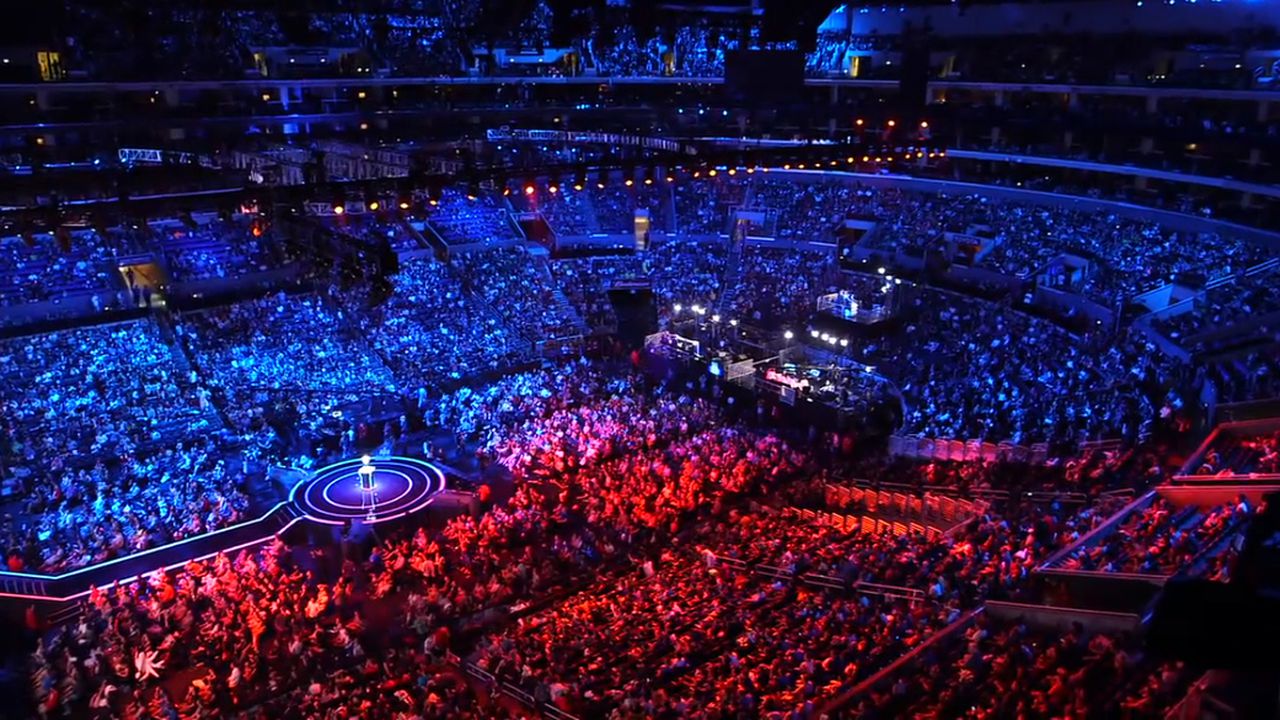 While eSports are still behind traditional sports in many aspects, it is great to see the just how much it has grown over the years. I remember watching the first League of Legends tournaments back in 2010, where they hosted games in custom lobbies with a only a few teams from NA. Now Riot is filling up football stadiums with fans and teams from round the world. I have no doubt eSports will continue to grow and be on the same level as traditional sports in the future.