If I have to hear about one more zombie game, I'm going to eat someone's brains

In case you weren't beat over the head enough by it... the zombie apocalypse is still here.
by Eli "The Mad Man" Shayotovich

Movies, books, comics, television, video games - especially video games... zombies are everywhere. In fact, they're so pervasive one might think those pesky flesh eaters have gone and taken over the entire world.

Why? What is it that makes us (living) humans latch on to something so completely... and beat on it until it's a bloody pulp? And how did we develop our love for the undead in the first place? Let's jump into Mr. Peabody's WABAC Machine (or Doc Brown's DeLorean if you're not as old as I am) and head to the past to see if we can't find what drives our insatiable appetite for braaaaaaaiiiiiiiiinnnnnssss.

Released in 1932, White Zombie (starring the famous Béla Lugosi) was the first feature-length zombie film.  Zombies weren't a big draw during the early days of Hollywood, but they continued to appear sporadically up to the 1960s, including "the worst movie ever

made"- Plan 9 from Outer Space (1959). In 1968 George A. Romero's Night of the Living Dead premiered, and zombies became big business. Over the next 45 years that one movie spawned six more (all directed by Romero), five Return of the Living Dead motion pictures, and a handful of remakes and associated films. And that doesn't begin to take into account the horde of other movies it inspired, like The Evil Dead series from Sam Raimi (which raised Bruce Campbell to the heights of American pop culture), the 28 Days Later flicks, the never-ending Resident Evil series, Zombieland, Shaun of the Dead, World War Z, etc. and so on.

Zombies were first depicted as slow, mindless, decaying skin sacks (ala Night of the Living Dead) under the control of an evil magician or voodoo practitioner. As time passed zombies evolved and became faster, stronger and more intelligent (kind of like the Six Million Dollar Man). These new age zombies were living humans that somehow became infected with mind-altering pathogens or plagues (as seen in 28 Days Later and World War Z) instead of being just old school, re-animated corpses.

Although Hollywood - masters at beating a genre to death - defined our working knowledge of these iconic meatbags and have been the driving force behind our lust for "the walking dead," the video game industry is shuffling close behind. 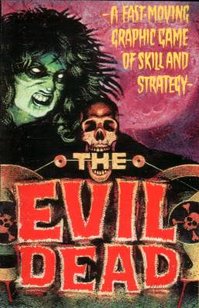 In 1984 Zombie Zombie (considered the first zombie game) found a home on the ZX Spectrum in Europe. The Evil Dead was released for the Commodore 64 in the United States that same year. Over the next 12 years only a dozen or so zombie games were made, but in 1996 things changed when the light gun arcade game House of the Dead and PlayStation's Resident Evil burst on to the scene.

Seventeen years later we have hundreds of games and commercially released mods that focus squarely on making the undead dead rise again, or at least uses them as a game mechanic in some way. The zombie craze really intensified about five years ago. In 2009 no less than thirteen zombie games saw the light of day. Two years later (2011) - the high water mark for the genre - we had a whopping 15 brain bashers to pick from.

Most of these came from the survival horror genre, but several well established IPs from totally different genres managed to jam the undead into the landscape of their respective games (Time Splitters, Fallout 3, The Sims 2, Tony Hawk’s Underground 2, Call of Duty: Black Ops, Minecraft, Borderlands DLC The Zombie Island of Dr. Ned, etc.).  Zombies even became kid friendly with the run away success of  Plants vs. Zombies. Hell, Star Wars: The Old Republic introduced a "plague" to that galaxy far, far away just so they could add shambling, zombie-like creatures to their menagerie of scum and villainy.

We're half way through 2013 and we've already had four games drop like body parts in our laps. The Last of Us blew everyone's mind, but the other three can best be described as simply more of the same (Dead Island: Riptide), unremarkable (State of Decay), and not worthy of surviving its own zombie apocalypse (The Walking Dead: Survival Instinct). And guess what? More are coming. A lot more. Dying Light (from the Dead Island creators), another episode of Telltale's The Walking Dead series, the DayZ standalone, Dead State, Contagion, 7 Days to Die... and that's probably not all of them.

Hey, I like a good medulla oblongata (with some fava beans and a nice Chianti) as much as the next (dead) guy, but enough is enough! It's time for both Hollywood and the video game industry to put a bullet through the brainpan of this particular subject and dredge up some new source material... which I'm sure they'll drive a stake through eventually.