Grow Home is a 3D platformer that embraces the genre's intrinsic imprecision and creates a simple, yet often awe-inspiring adventure of an E.T.-like critter trying to find his way home. Navigating the game world by climbing, leaf-bouncing, and flower-gliding is a joy coupled with the exhilarating risk of falling back to the earth. There are some buggy hiccups from time to time, and the low-budget graphics cause some monotony, but there is little else getting in the way of this humble, yet lively, adventure.

In Grow Home, your goal is to climb and grow the oddly phallic Star Plant upward through multiple hovering islands to reach the mothership for refueling. In order to ascend the two thousand meters, you must connect the massive plant to boulder-like fuel sources hovering about the vertical gameworld. This requires a lot of platforming between the Star Plant’s incrementally growing stem and the dozens of islands magically suspended in air. 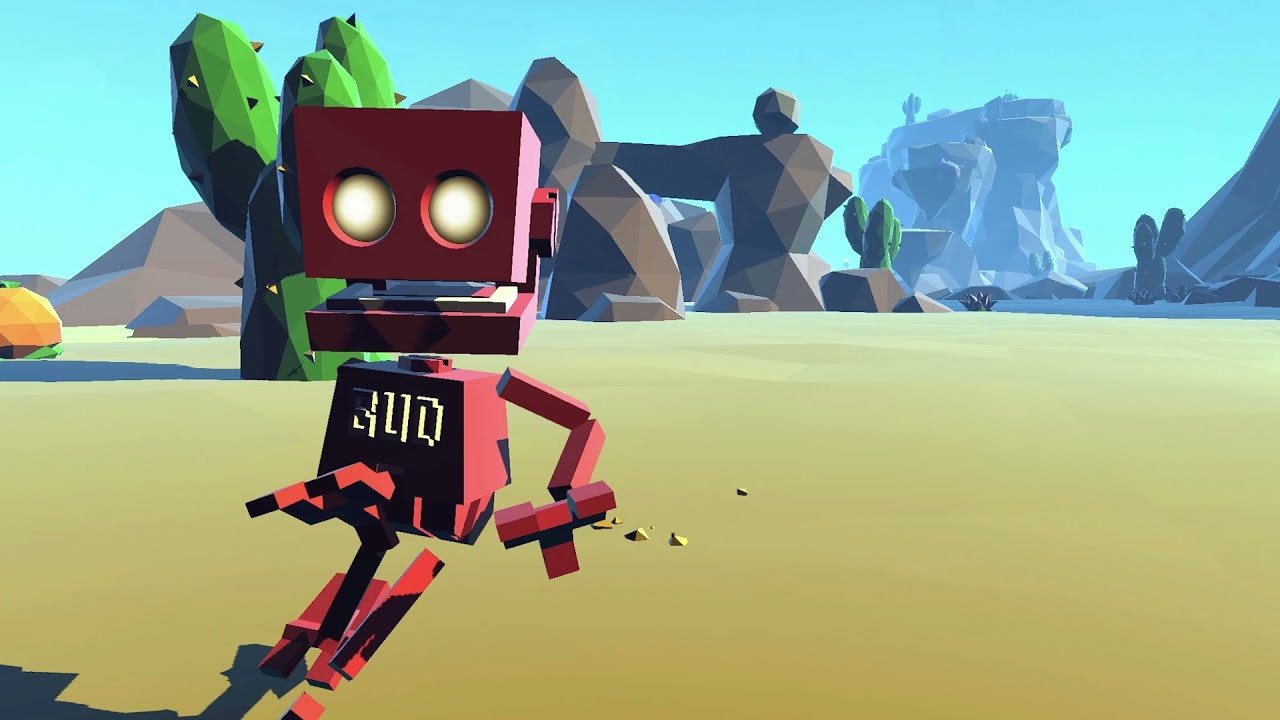 Upon first taking control of the Botanical Utility Droid (BUD for short), I found his wobbly limbs clumsy and awkward to navigate. But after becoming familiar with his sensitivity to momentum, watching him stumble around on foot felt less tedious and more endearing. Also, BUD’s klutzy stride is made up for with precise climbing and jumping controls. Though able to jump on his own, BUD’s platforming capabilities are extended through the gameworld’s plant life. Star Plant leaves and giant mushrooms turn BUD’s jumps into mountainous bounds, while various flowers act as launching pads and catapults.

These mechanics in tandem with BUD’s climbing controls make for some exhilarating moments. As I gained competency, I found myself expertly chaining flower launches and leaf bounces towards the next fuel island; all culminating in a single moment wherein I would make the jump and grab a ledge, or I’d miss and plummet back to the earth. These failures aren’t too punishing, though. BUD will explode upon impact at terminal velocity, but he can be saved by deploying a glide leaf, an inferior hover-flower, or by slowing the fall with his upgradeable jetpack.

Glide-Leaf: the best way to travel

The upgrade system in Grow Home is an imperative part of the game’s appeal. Though the game can be completed with BUD’s base capabilities, upgrades can be unlocked by finding crystals. These blue gems can be found hidden in caves, on the many resource islands, or lodged in the sides of the three main sections of levitating land. A fully upgraded jetpack would be incentive enough for me to explore Grow Home’s world in search for its 100 crystals. But even more rewarding is the excuse to hop on a gliding leaf and fly around this unassuming world in search for hard-to-reach collectibles. Every time I spotted a crystal, the discovery would come with an exhilarating landing or an adventurous climb along a mountainside.

However, for all the excitement and exploration it offers, Grow Home suffers for its lack of graphical fidelity. It is by no means an ugly game, but its polygonal design and complete lack of textures make for a monotonous visual experience. The game’s presentation is further impaired by frequent framerate drops; especially around the end of the game. This occasionally took away from the inspiring moments of looking down at the awesome Star Plant I had created. 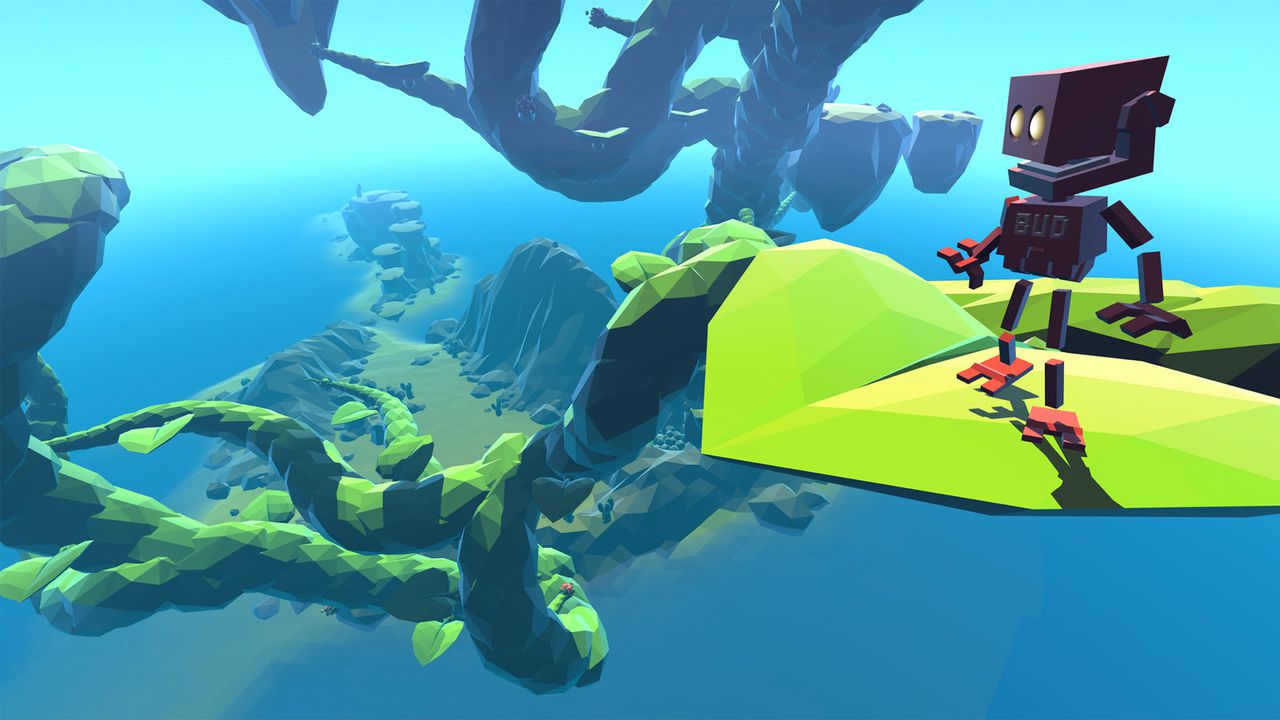 BUD’s charming clumsiness would also cause some technical issues. His procedurally generated limbs would sometimes get in his own way, occasionally messing up some important climbing segments. He would also inexplicably lose his grip on important objects, most specifically crystals. These technical hiccups caused a few frustrating moments wherein I would fall a significant height and lose some precious progression towards the end goal of two thousand meters altitude.

Grow Home is an absolute joy to play, and does everything right as a classic 3D platformer. The traversal mechanics are precise and easy to use, the collectathon is inherently fun and rewards the investment, and the gameworld is bright, colorful, and full of life. The polygonal design may leave much to be desired, and technical bugs take away from some of the game’s special moments; but overall, Grow Home achieves greatness with its excellent platforming mechanics and a gameworld begging to be scoured for secrets and collectibles.

Our Rating
8
Ubisoft Reflections' 3D platformer reminds the player what made the genre so great
Reviewed On: Playstation 4
What Our Ratings Mean