What Defines a Gamer: Women, Bros, Mobile and Casual, and Getting Along

Why can't we all just get along?
by Katy Hollingsworth

If you've watched any of Anita Sarkeesian's videos, you'll notice one common argument amongst people who either hate her as a human being or disagree with her:

This claim can be considered as one main disagreement of Sarkeesian's presence online, but is she the only one who is being called out? Doubtful.

Actually, I'll take it one step farther and say that many people, including some male stereotypes, are victims of this claim. And it's making the entire gaming community look like a closed-minded, exclusive club.

Let's take a look at some of gaming community's own perennial favorite stereotypes that aren't really doing us any favors:

Most shooters like CoD, Halo and Gears of War are inhabited by men. A certain type of man. I'm talking popped-collar brosephs. Usually in some unflattering salmon color. These are known as the 'bro' gamers.

If you take a look at the Urban Dictionary entry for this breed of person, it's not very polite or friendly. They're known to use derogatory language, talk a lot about their girth, and are generally found in frats drinking out of a Solo cup.

Are all of them like this? Doubtful. Are these the only games where this type of person exists? Probably not. So why are we pinning these particular people as bro gamers when they're playing games like the rest of us? 'They don't play real games' isn't applicable here--CoD and Halo are both very well-selling titles. Are the brosephs just that numerous? It's possible.

However, these games are often seen as the low of the low in terms of community and generally 'gamer'ness--brosephs are just 'bros', they aren't real gamers. When their players overreact or act out, we shake our heads, say 'well, that's just how they are in THAT game' and move on. 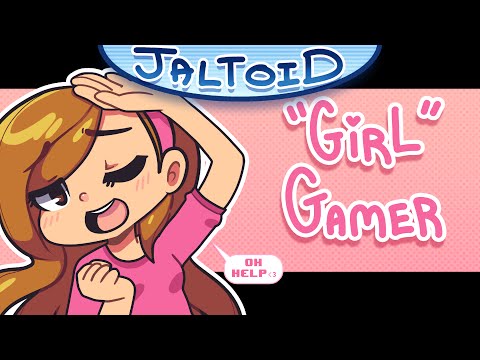 According to the stereotype, this person is found mostly in MMOs, MOBAs, mobile games and casual games (for the sake of this article, we'll define 'casual' as Facebook and Mobile, which includes smartphones, tablets and browser games) and occasional shooters. According to market data, these people make up 45-50% of the gaming industry in terms of money spent. Is that money spent on popular AAA titles or best sellers? Probably not, considering the majority of the demographic for top selling titles are male.

Following popular opinion and ongoing arguments, a very vocal group of the gaming community doesn't see a problem with women in gaming, or how games portray women--whether it be through stereotypical tropes, attention-seeking players or the treatment of female gamers, the community is facing a lot of discourse over the topic of sexism. Does the entire community feel this way? Given the existence of white knights, obviously not.

Though Sarkeesian has claimed to dedicate over 60 hours to games played for her series, she is still facing the claim that she isn't a real gamer.

As stated above, this market is held mostly by women--though men partake of mobile and casual games (again: casual games are defined as 'mobile', browser, Facebook, smartphone and tablet games).

How do you define a gamer?

I can't definitely answer why to any of these questions. All of these people play games--regardless of whether or not they're passionate about them.

Is passion what makes a gamer? Does a broseph who is passionate about his CoD match a 'true' gamer? Or is he just a fake douchebag? Is a girl a fake gamer because she plays WoW or GW2 casually? Or an 'attention seeking whore'? Either way, she'll receive negative attention from many of her peers, just like the broseph will.

The fact of the matter is: these people are, technically, gamers. So what social stigma aren't they following to get the same status as the 'real' gamers? Maybe they didn't play any vintage consoles. Maybe they didn't play The Legend of Zelda, or maybe they didn't even know that Zelda doesn't actually wear the hero hat--Link may be a foreign name to them. Does this make them less of a gamer?

Regardless of any one person's answer, this question is seriously killing the gaming community. In my opinion, it's the root of many arguments justifying stereotypes: 'Black people aren't gamers--that's why there aren't any black main characters,' 'Women aren't gamers, they just want attention,' 'Bros aren't even real people.'

Stereotypes are human nature, but they have a place

Speaking more logically, stereotyping is part of human nature. It's an undeniable practice that everyone is guilty of. Even using the word 'guilty' to describe it makes it sound like an evil that just comes naturally to the human brain.

Honestly, your brain needs stereotypes to function. Stereotyping is categorizing--and it's essential to understanding the world around you. Stereotyping your reality is known as cognitive function, and it simplifies information so that it can be easily stored and recalled upon later.

Socially, stereotyping is a way for a human to feel included in a group of individuals--people who dress the same way, act the same way, and share the same opinions are often considered to be part of the same stereotype.

When does it become hurtful, though?

Keep in mind that stereotypes do not always, or even often, reflect the reality of the people being categorized. To address one, people who play CoD do not always live in a frat house or drink Natty Lite. This type of stereotyping--grouping people together because of race, sex, class or any other bias is harmful to those people and may portray them inaccurately.

It is human nature to group people together, and gamers are no exception. But, I wonder...

Are we excluding different types of gamers to avoid change?

"Games have always been this way--there's no problem."

Though this may enrage a couple of you, my theory is that we're protecting ourselves by dictating who is and isn't qualified as a 'gamer' using petty stereotypes because many gamers and game communities are afraid of change.

I absolutely hated when my WoW guild fell apart as we all began to play different games. This meant I'd have to meet new people, tolerate new personalities and make room in my circle of friends for people I may not really like. I hated that change, and in general have a difficult time dealing with new things, at least at first.

Admitting that these people exist and make up at least some fraction of the gaming market means that the products produced within that market must undergo change. Themes, plots, characters, settings, etc. will all have to be looked at in a different perspective.

Honestly, I think it terrifies not only gamers, but developers.

Shifting away from a proven seller is tough, and understandably it's hard to do once, much less two or three titles in a row. Games are expensive to develop, and sticking to the norm is a safe way to make profit. No shame in that--these companies and developers need to survive and we want them to keep making games.

That means we, as gamers, need to step up and say it's okay for people to try and like different things. It's okay for the main character to be black, or female--or, Heaven forbid, a black female. It's okay for games like CoD and Gears of War to be popular, and the people who play these games are still an important part of the overall demographic and deserved to have games cater to their tastes.

Don't hate publishing companies because they're making games that are proven to sell--suggest change, and help reinforce that change with your wallet. Reward developers who acknowledge their mistakes and harmful stereotyping by telling them you appreciate their reasonable attitude and willingess to accept criticism.

Let other people enjoy the industry

Above all, I'm proposing that 'real gamers' just get over themselves. The gaming industry and those who participate in it are not made from molds and don't fit some cookie-cutter stereotype. Everyone is different and likes different things. Let the people who want the industry to change suggest that change, and let them play the games they like without shaming them or harrassing them. Playing Farmville over Dota 2, World of Warcraft or Fire Emblem does not make someone less of a gamer.

It just makes them a person who enjoys having fun--which is what all gamers are, aren't we?