Early Access may be flawed, but it's still a great thing

We all know Early Access can be a deep dark hole of endless bilge, but the positives are enough to embrace it.
by Jack Bampfield

I have to admit, it’s still strange looking at the Steam Store front page, because so many of the games are in Early Access. Thankfully they never take priority over new (completed) releases.

But let's not forget that wasn't always the case. The "Popular New Releases" was once clogged up with Early Access games, pushing down new releases in the space of a day. It's better now, but to have games that aren’t even finished yet still be so prominent on Steam's store front page leaves a bad taste in the mouth.

At the time of writing, the top seller in the Steam Store is Early Access game Ark: Survival Evolved - timed perfectly for the release of Jurassic World. It even outsold Batman: Arkham Knight (before it was taken down), most likely due to Arkham Knight having a terrible PC release.

Ark: Survival Evolved's success was partly thanks to becoming a streaming hit on Twitch. Upon release, however, performance issues plagued the game - even on the most powerful PC builds. This is unfortunately expected for Early Access games. There are many high-profile Early Access failures on Steam, and there have been various “scandals” and so much misrepresentation that for a time I referred to it as “Early Crapcess”. 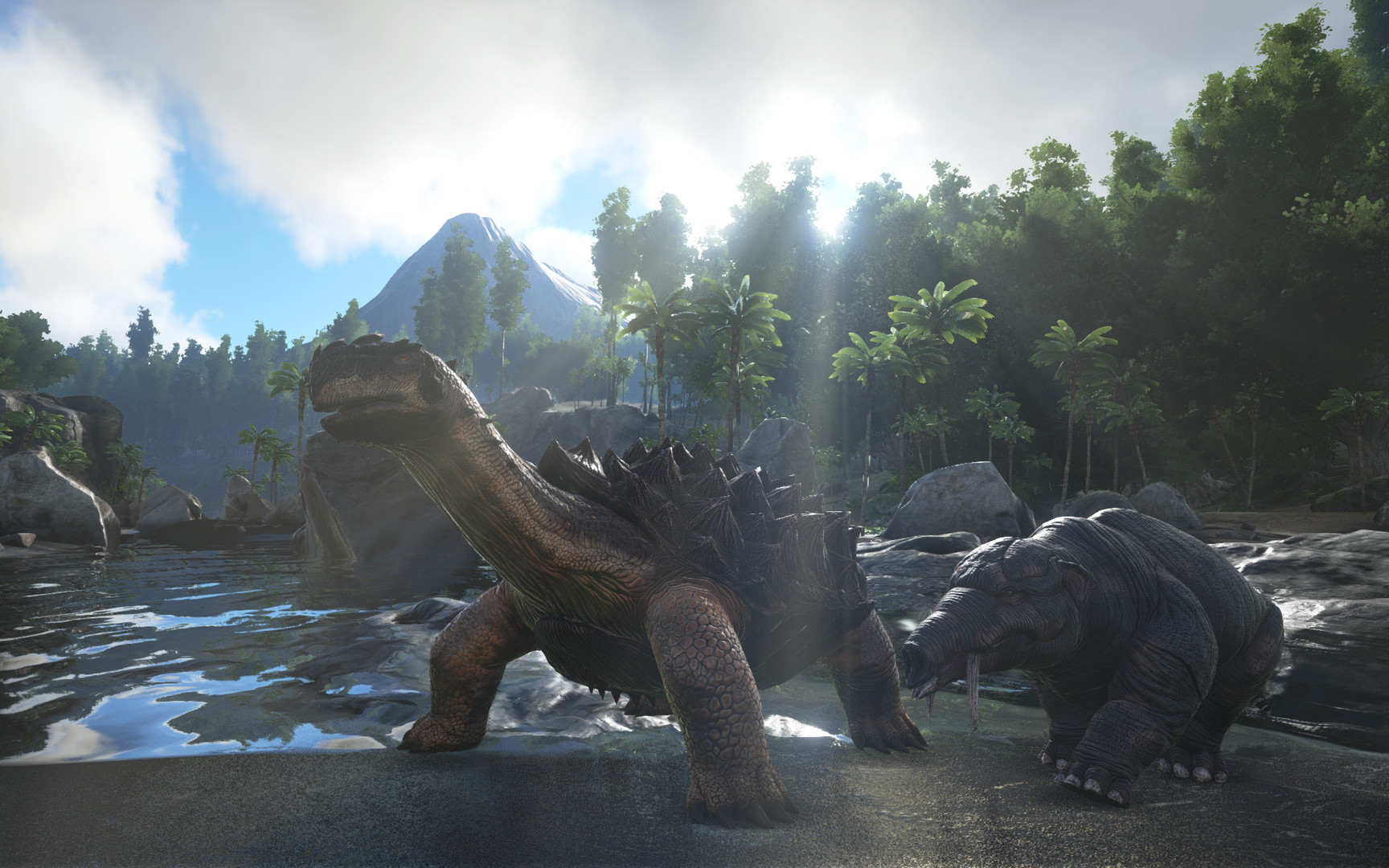 Certain “developers” feel they can post whatever trash they think could get them a few bucks. The lack of Valve’s quality control for Early Access on Steam is definitely an issue. You just need to watch Jim Sterling on YouTube to know the kind of garbage that gets thrown up on Steam’s Early Access and Greenlight.

But there have been a few games that show why, at the heart of it, Early Access is a good thing, one that has helped developers get their games out there. Good - even great - games have come out of Early Access,there is no doubt about that. Without it, these games wouldn’t have seen the light of day, let alone become the successes they have.

Most of the time, I’ll only ever buy an Early Access game while it’s on sale. I'll have no intention of playing it until it’s finished and out of Early Access, like Dream. I bought Dream over a year ago and still haven’t played a single minute of it. Believe me, I am super interested in playing it, as it looks both interesting and beautiful. But I don’t want to until it’s finished - until the developer says that it's have achieved that final 'vision' of the game. For a story-driven game like Dream you should definitely experience it in one go when it's finished. 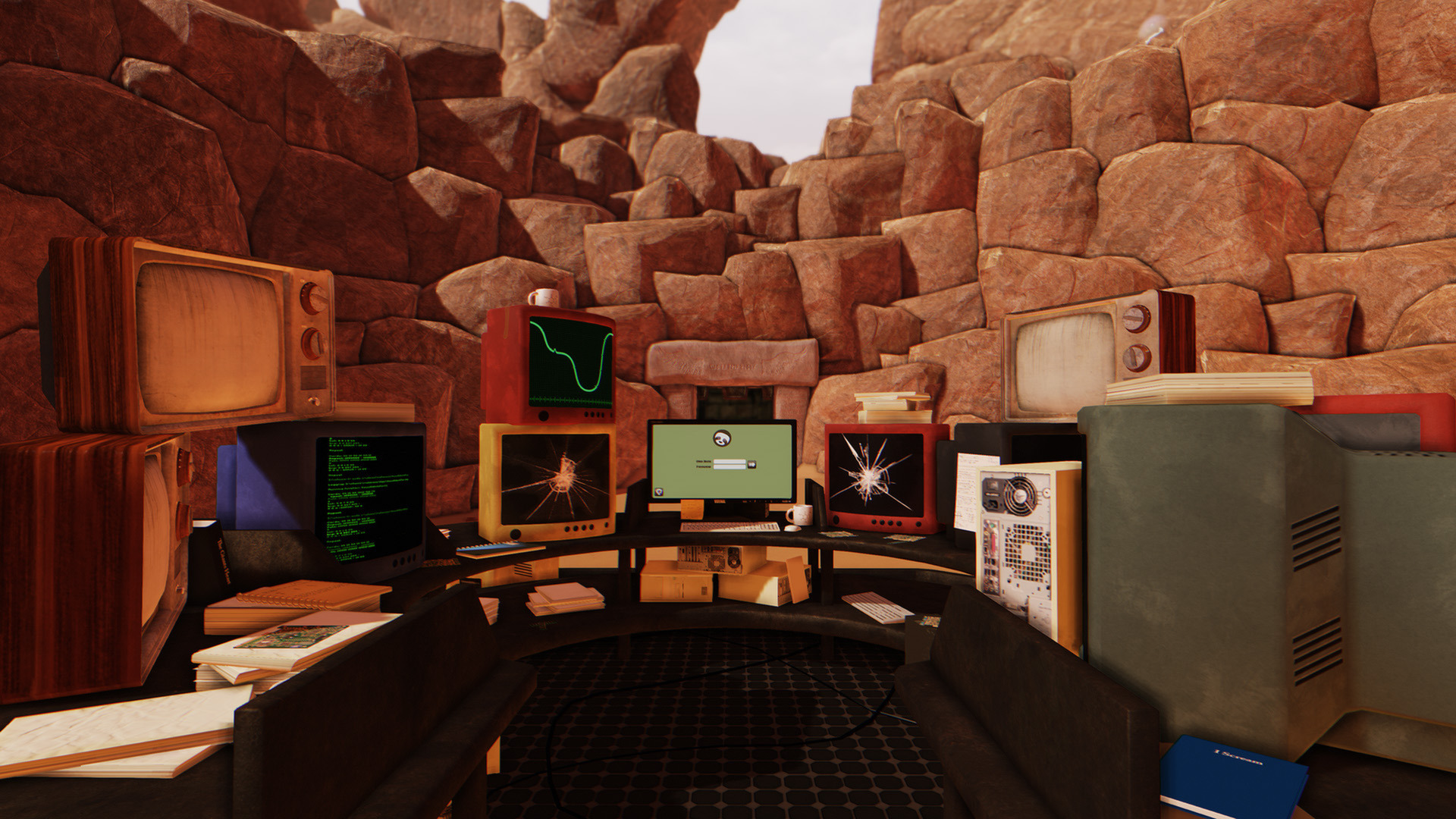 The positives of Early Access from a developer’s standpoint is they can have cash inflow while still working on the game. Even if the game is quite basic when put up, the money coming in from Early Access helps developers fund getting the game to where they really want it to be. Also with people actively playing it, developers can encourage those users to offer loads of feedback on bugs, or put forth any ideas to make the game better. If offered with the right intentions, Early Access is essentially a win-win for developers, helping them make the game better.

As a consumer, you are effectively paying to beta test or even alpha test a game in most cases. The downside is that you're not getting a whole (or even a fully working) game. You are, however, potentially paying a lot less than you would for the finished product. Plus, the aforementioned feedback you can give to the developer can help change the game for the better, making you feel as if you were oddly part of the development and making the game a success. 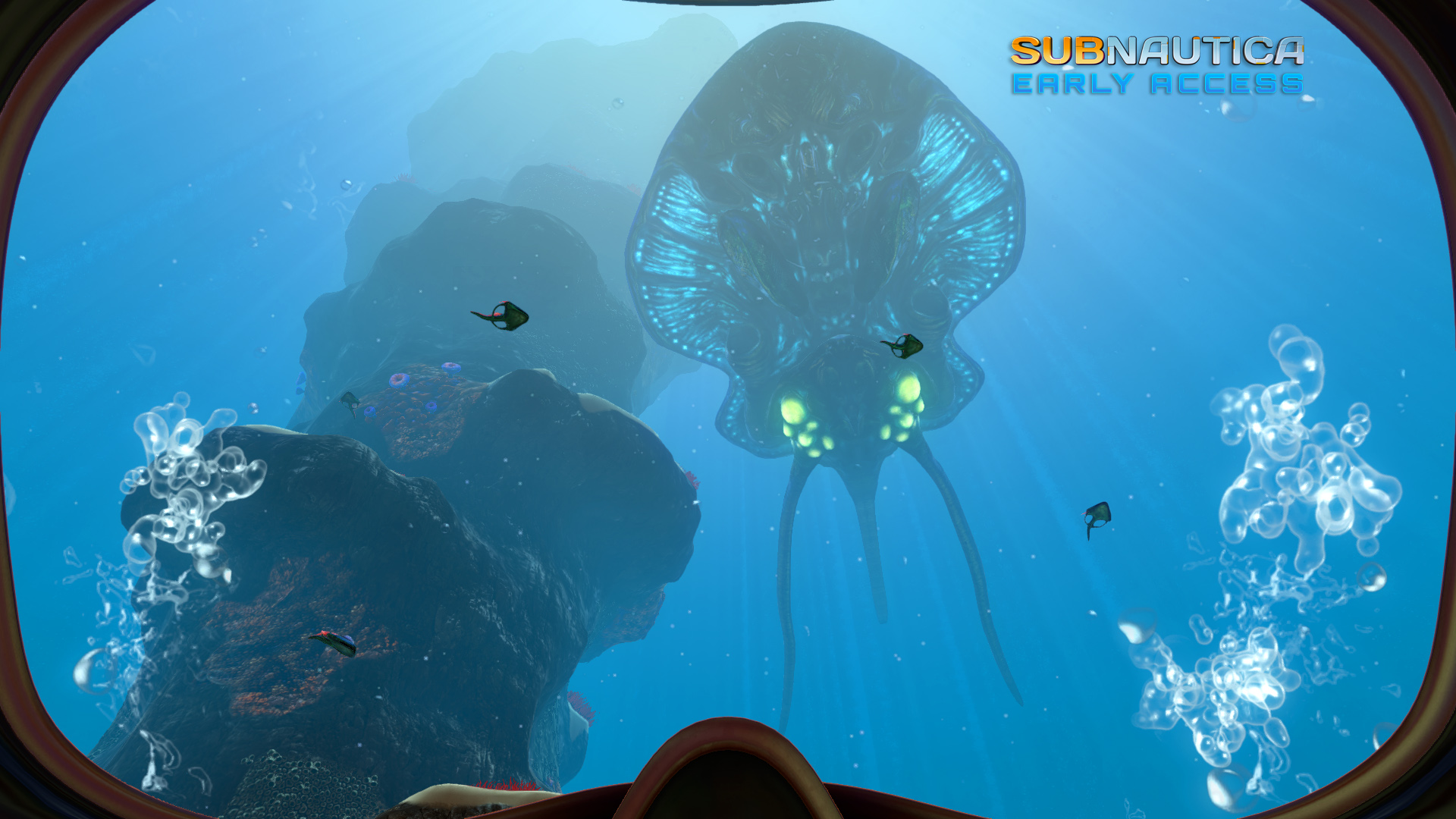 Two games that do this exceptionally well are World of Diving and Subnautica.

I've put 18 hours into Subnautica, as I enjoy it at its current state already. The development team for Subnautica, Unknown Worlds Entertainment, allows you to visit a Trello page, which shows exactly what they’re currently working on and what they would like to put into the game in future updates. As a consumer, it’s interesting to see the features I’ll be able to play soon, and to see everything being added to Subnautica - including new creatures and extra depth to its gameplay.

With World of Diving, the development team (Vertigo Games) posts a ‘Devblog’ every Friday. Different members of the team show what they've worked on that week. Going through them for each week, you can see the gradual work done on new levels and how the game is coming along through the months. 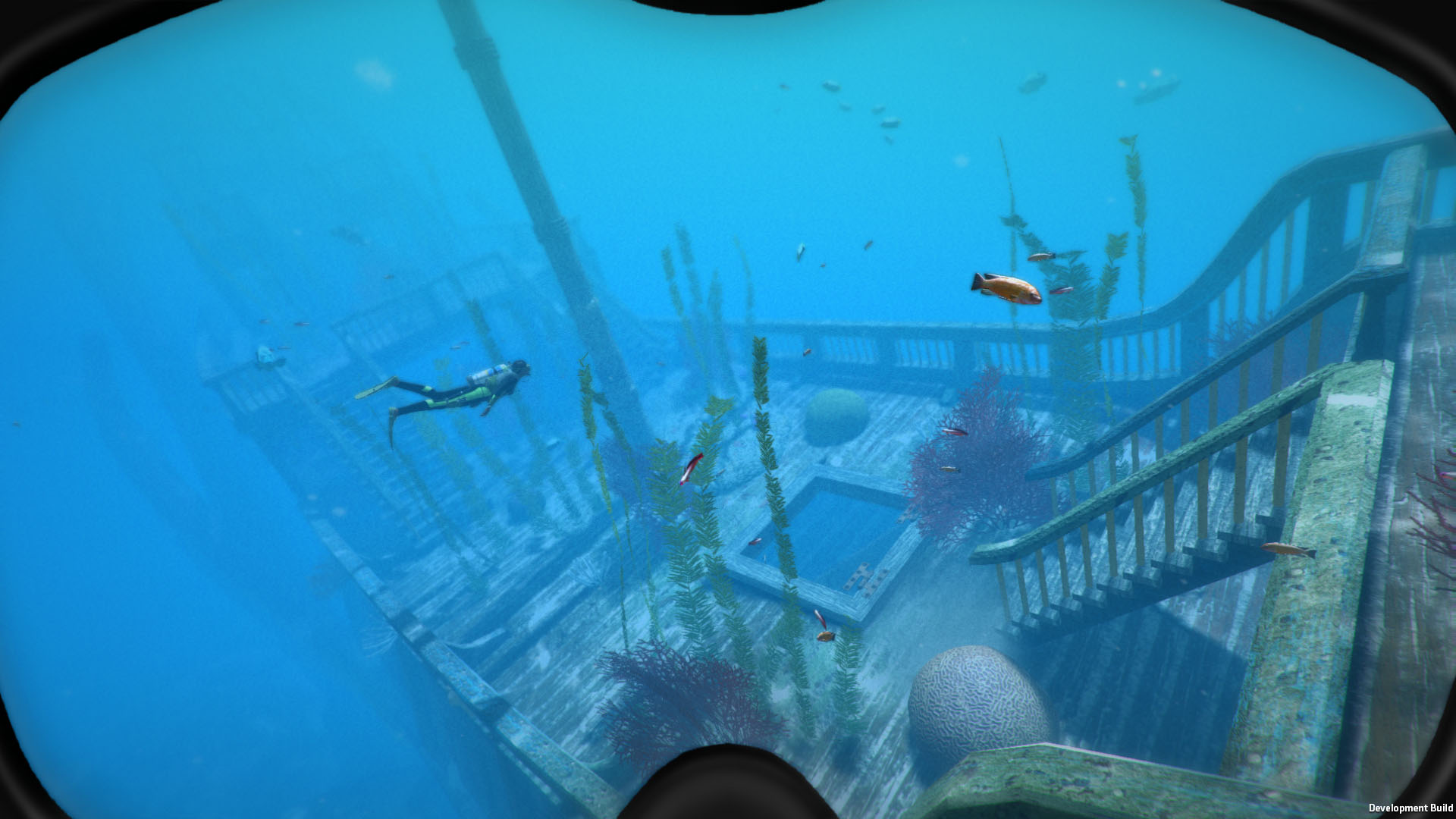 Let us not forget that at E3 2015, Microsoft unveiled their Early Access program for the Xbox One, dubbed “Xbox Game Preview”. So far only two games are available - Elite: Dangerous and The Long Dark, the latter being in Early Access on Steam as well.

The great thing about Xbox Game Preview is that every game in the program will have a free trial. There is a price for the full game (Elite: Dangerous being only £24.99), but including a trial allows Xbox Live users to try the game before buying it, unlike Steam’s Early Access. However, with the recent introduction of Steam Refund, it’s more plausible to trial-run a game within the 2-hour refund limit. Microsoft will undoubtedly have better quality control on their Early Access program than Steam ever has, which is a great bonus, because theoretically there will be fewer terrible games for Xbox Game Preview.

Early Access is giving us the ability to play games that we would otherwise not be able to. Without it, some of these games wouldn’t get made, because the money needed to develop their latter stages just isn’t there.

There is a lot of crap in Early Access, but there are good games among the disappointments. And finding those makes all the other stuff kind of worth it. Without Early Access, would we have any of these games: Lego Worlds, DayZ, Space Engineers, Don’t Starve, Divinity: Original Sin, Kerbal Space Program, Assetto Corsa, Prison Architect, Darkest Dungeon, Wasteland 2?

I’ll admit a few of them were probably still going to get made, but most of them wouldn’t be the successes they are today without the financial help and the customer feedback that Early Access offered. So in spite of all it's flaws, Early Access is still a good thing.

How do you feel about Early Access? Got any good experiences to share? Sound off in the comments below!

Jack Bampfield is a riddle, wrapped in a mystery, inside an enigma. Yup, sounds about right.